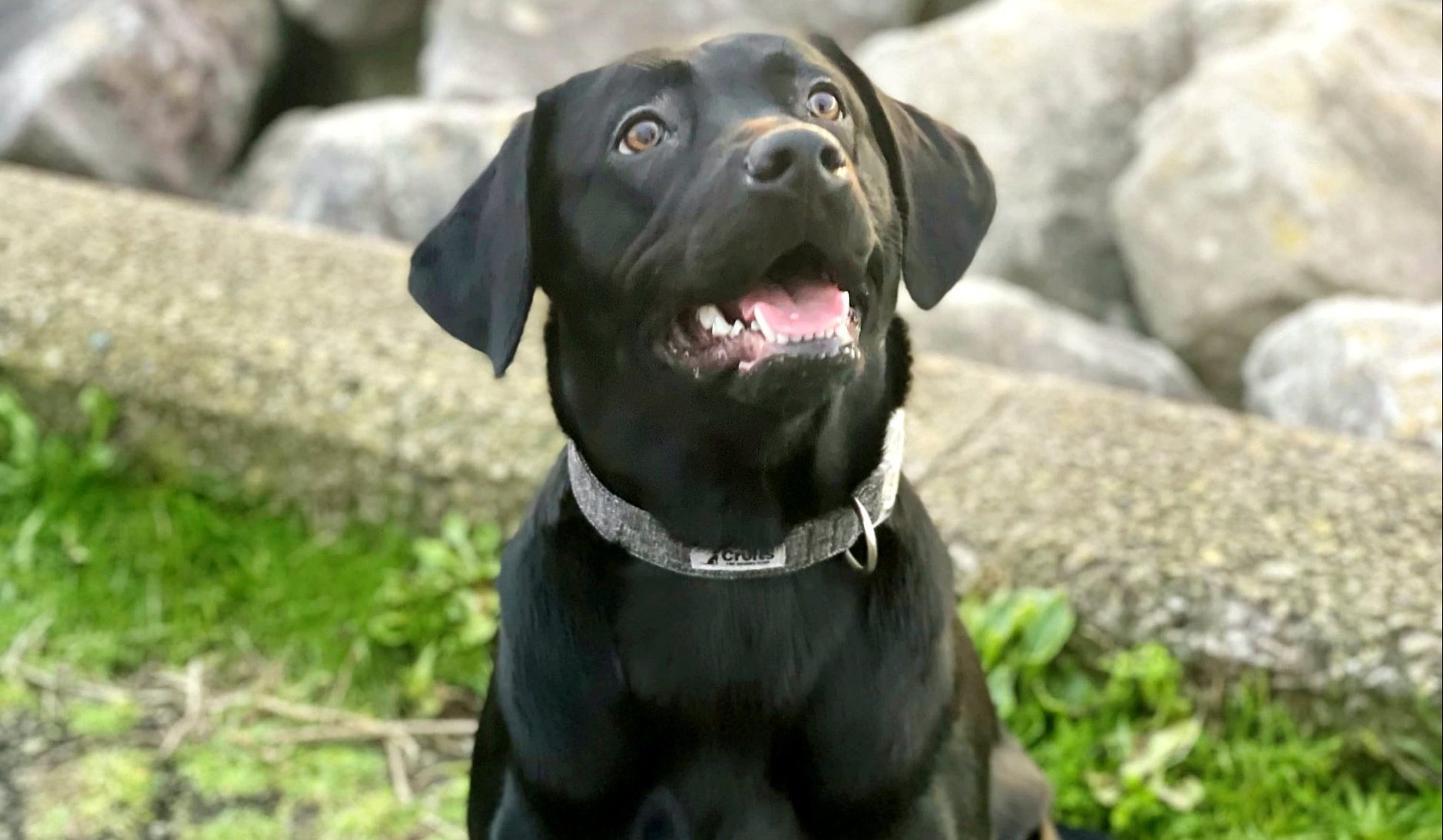 The couple soon realised she was underweight and riddled with worms.

Their vet then told them the eight-month-old dog had the worst case of hip dysplasia they had ever seen, and they would need to fork out £14,000 for two full hip replacements before March.

They are now asking for donations to help fund Maya’s recovery. She is currently on six painkillers a day and can’t climb the stairs or squat to go to the loo.

Sophie said: ‘It’s heartbreaking. She’s such a loving and fun dog. It’s horrible to see her in so much pain.

‘She is on a massive dose of painkillers and she’s so young. Without the operations her hips could totally lock at any time and she won’t be able to move.

‘That leads to arthritis, and her quality of life could become so poor we’d have to have her put down.’

Hip dysplasia is considered one of the most serious problems for dogs, and can be eradicated through selective breeding tactics.

Maya was among a litter of labradors being sold on Gumtree for £1,200 each.

So Sophie thought she was getting a bargain when she called up and the seller said she could have her for £500.

She was handed over at a gate without papers, food, bedding or toys, Sophie claims.

And she also weighed just four kilos at nine weeks old, when she would be expected to weigh around nine.

She began limping and whining all the time in October and can now only manage a ten minute walk.

Sophie said: ‘Now I look back at the pictures I think Maya spent all her life in a crate.

‘Her hip problems were likely present before we bought her. And she stunk so bad. The woman was shaking all the time. I think she was on drugs.

‘When we were driving home we were so shocked by the experience. I feel really bad and also stupid like I’ve been tricked.

‘It would be amazing if we could raise enough money. We just want her to be pain free and happy.’

Sophie says she has reported the seller to the RSPCA.