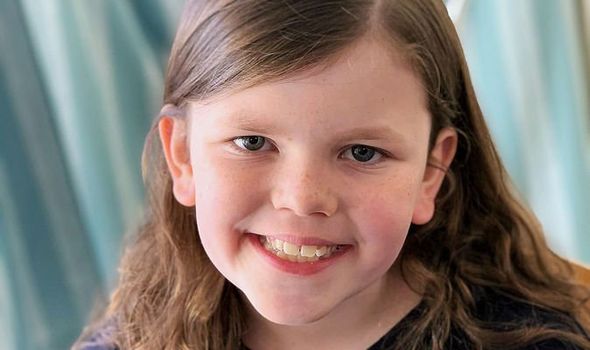 Mother Rachael Morley booked the family in for eye tests after son Alex, nine, said he could see the film they were watching better with her specs.

Having prescribed Alex his glasses, the opticians then spotted that the back of daughter Grace’s eyes looked pale.

Rachael, 43, was told by staff at Specsavers in Basingstoke, Hants, that her eight-year-old girl may have drusen – little crystals forming in her optic nerve – requiring eye drops.

The mum, of Chineham, said: “They seemed surprised she had glasses. Her eyesight was good.

“She had no symptoms to worry them like a loss of balance or headaches.”

As a precaution Basingstoke General Hospital called her in for an MRI scan.

To the horror of Rachael and husband David, 50, the scan revealed the golf ball-size lump in her brain which could have paralysed and blinded Grace or even killed her. 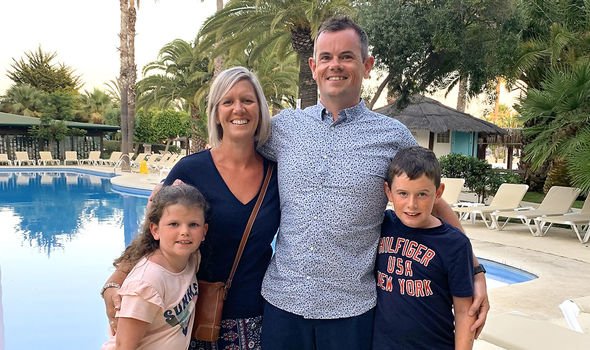 Surgeons successfully removed it during a six-and-a-half hour op which has left her with a six inch scar on the back of her head. Rachael said: “They showed us the MRI and said the big circle of grey should not be there and it was a tumour.

“They have no idea how long it had been there. But they were surprised it wasn’t pressing on her spine which would have meant her losing balance.”

Grace was taken out of school and the next day and had surgery at Southampton General to remove the tumour.

But miraculously she was out of hospital within five days and was back at school in two weeks.

Rachael added: “She has a whopping great scar on the back of her head. The nurse said, ‘Tell everyone you’ve been attacked by a shark’ – so that is what she goes around telling everyone. 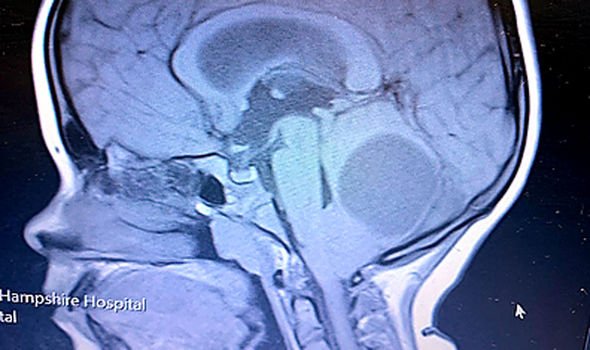 “We thought we’d be in hospital for weeks.

“We were very lucky, she could have lost her eyesight or been paralysed or worse.”

She said: “It was something I didn’t think was important. I thought it was about eyesight not health and both my children didn’t have problems with their vision. It is so important.”

She added: “I don’t know why Alex put my glasses on, he was prattling around.

“But it’s a good job he did because that is what made me book eye tests for him and Grace.

“If he didn’t they may not have found Grace’s tumour in time.” She joked: “He is very proud of that. But we are very, very lucky, in a weird way.”

Brexit in dates: From Leave vote to draft deal