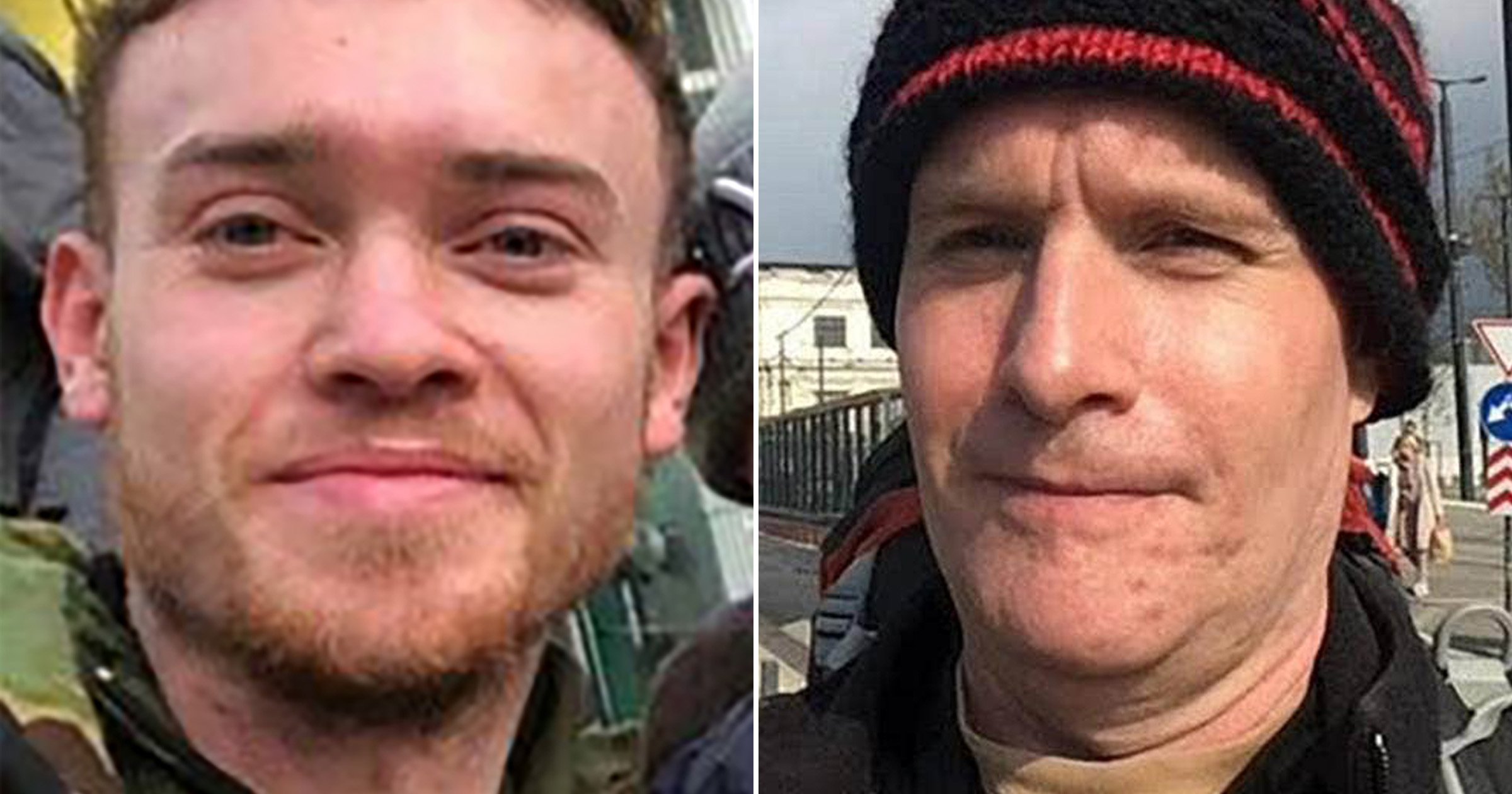 The parents of a British volunteer missing in Ukraine say they are battling ‘very raw’ emotions as they await news.

Christopher Perry, 28, and Andrew Bagshaw, 48, were last seen on Friday.

They were heading to the town of Soledar in the eastern Donetsk region of the country, where heavy fighting is reported, and contact with them was lost.

‘We are just trying to inform family members about what is going on.’

His father Robin Parry added: ‘We are all very proud of Chris and the work he has been doing.’

The National Police of Ukraine announced yesterday that the two men were missing.

In a statement they said: ‘On January 7, around 5:15 pm, the duty unit of the Bakhmut district police department received a report of the disappearance of two volunteers – citizens of Great Britain, aged 28 and 48.

‘It is known that the day before, January 6, at eight o’clock in the morning, Andrew Bagshaw and Christopher Parry left Kramatorsk for Soledar, but contact with them was lost.’

Christopher had joined other volunteers on a rescue mission in Ukraine to help people escape bombed areas.

Speaking to Sky News last year he said: ‘I went to a military command unit and spoke to a number of soldiers who described Bakhmut as the ‘worst place they had ever been’.

Andrew, a resident of New Zealand, was in Ukraine to assist in delivering humanitarian aid.

A statement on behalf of his parents was released yesterday morning, which read: ‘Andrew is a very intelligent, independently-minded person, who went there as a volunteer to assist the people of Ukraine, believing it to be the morally right thing to do.

‘Andrew’s parents love him dearly and are immensely proud of all the work he has been doing delivering food and medicines and assisting elderly people move from near the battlefront of the war.’

The Foreign, Commonwealth and Development Office are supporting Christopher and Andrew’s families.