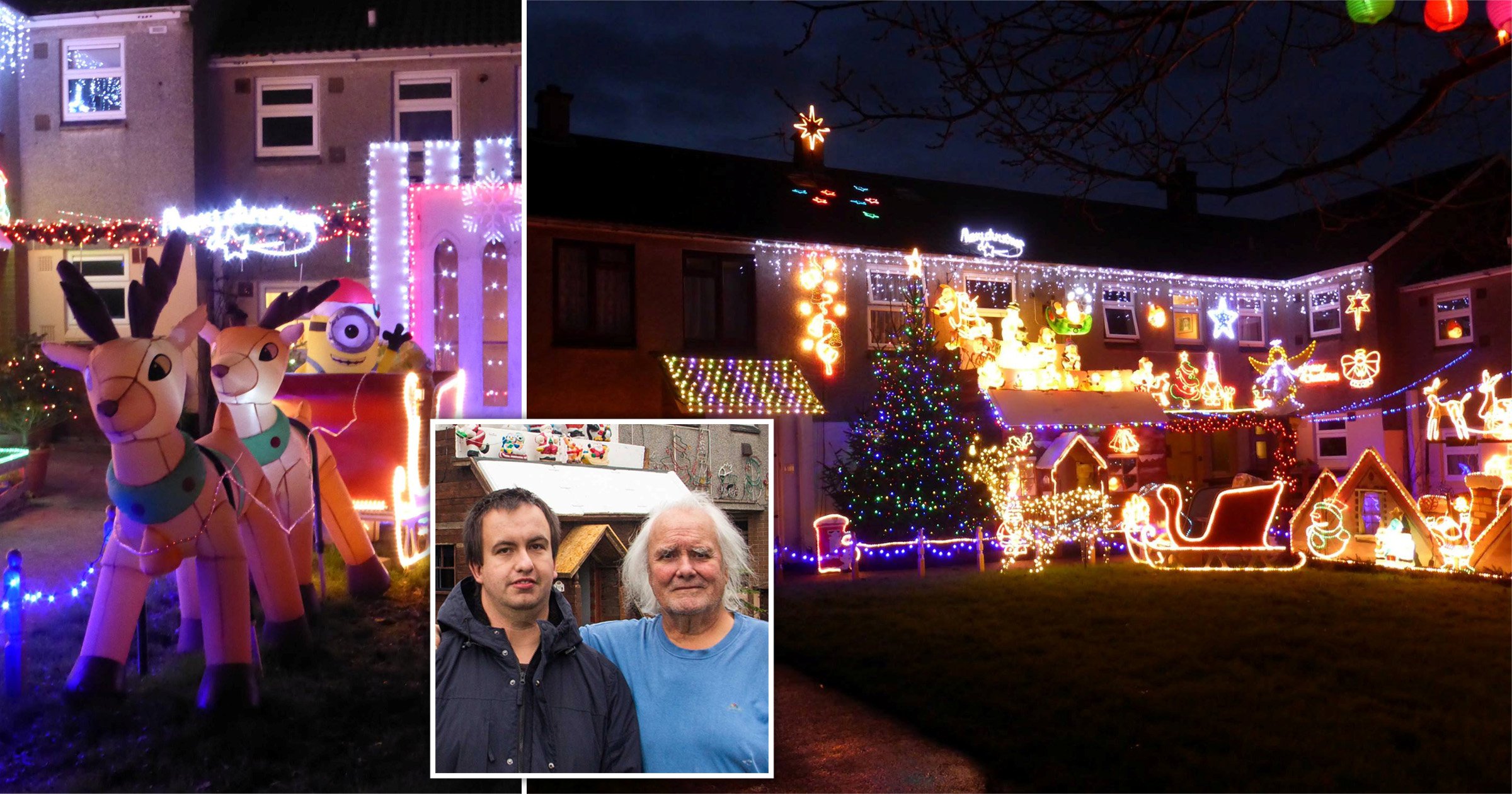 A family has been banned from putting up its famous Christmas lights due to safety fears such as ‘slippery grass’.

The Cliffords are ‘gobsmacked’ after being told they can’t put up the display for the first time in 20 years.

They say the famous illuminations have attracted visitors from across the country and even as far as Dubai over the past two decades.

After taking a year off due to the pandemic, they are not impressed that the tradition has been ruined by a new officer for Cornwall Housing, who said that they are no longer allowed to do it.

Roger claims the employee cited ‘ridiculous’ health and safety reasons like ‘slippery grass’. But he does not think this is a good enough excuse.

‘It’s a communal area outside that we put virtually a full-size Father Christmas sleigh on and inflatable reindeer,’ he said.

‘In previous years children would sit in it and have their photographs taken and we’ve even got a castle that we built and was part of the old cathedral display on the Trafalgar Roundabout [in Truro].’

He said the family go to the trouble of putting on the display each year because the local community love it.

‘We’ve had visitors as far as Dubai come out and say how good it was and people from all over the country that come down at Christmas time to visit relatives, or for a Christmas break, and they usually come each year to see it,’ Roger added.

‘We have had no problems from anyone else previously but a new housing officer has come in and told us no.

‘The old housing officers used to come out and have a look at them, not to question them but to see the show.’

Roger said his family have maintained and cut the grass for years so he can’t understand why the display can’t go ahead.

‘It’s a tradition for us and I don’t like breaking tradition,’ he said.

‘My son who is 28 has been doing it since he was little and it’s been his project every year and adds to it. We are just wound-up really and gobsmacked.’

He accused the council officer of being a ‘scrooge’ and claimed that no one has ever complained about the lights before.

‘We’ve had lots of support,’ he said. ‘No other council officer has ever raised an issue before. It just appears to be one person who has stamped his foot.

‘We’ll just have to put up with the ban for now. But if enough people complain the council then maybe it will change its mind.

‘It’s a great shame – we do it to brighten things up – it just feels Scrooge-like.’

‘The size and placement of the lights and wooden decorations on the communal area could pose a risk to anyone who may use the pathways in [the area].

‘We are expected to ensure that all communal areas are kept free of hazards and risks, in case they are needed as a means of escape in the event of an emergency, so we would not be encouraging the erection of this festive display in this location. However, we are happy work with Mr Clifford to find an alternative solution.’

Woman 'dragged underwater by swimmer' after overtaking him in pool