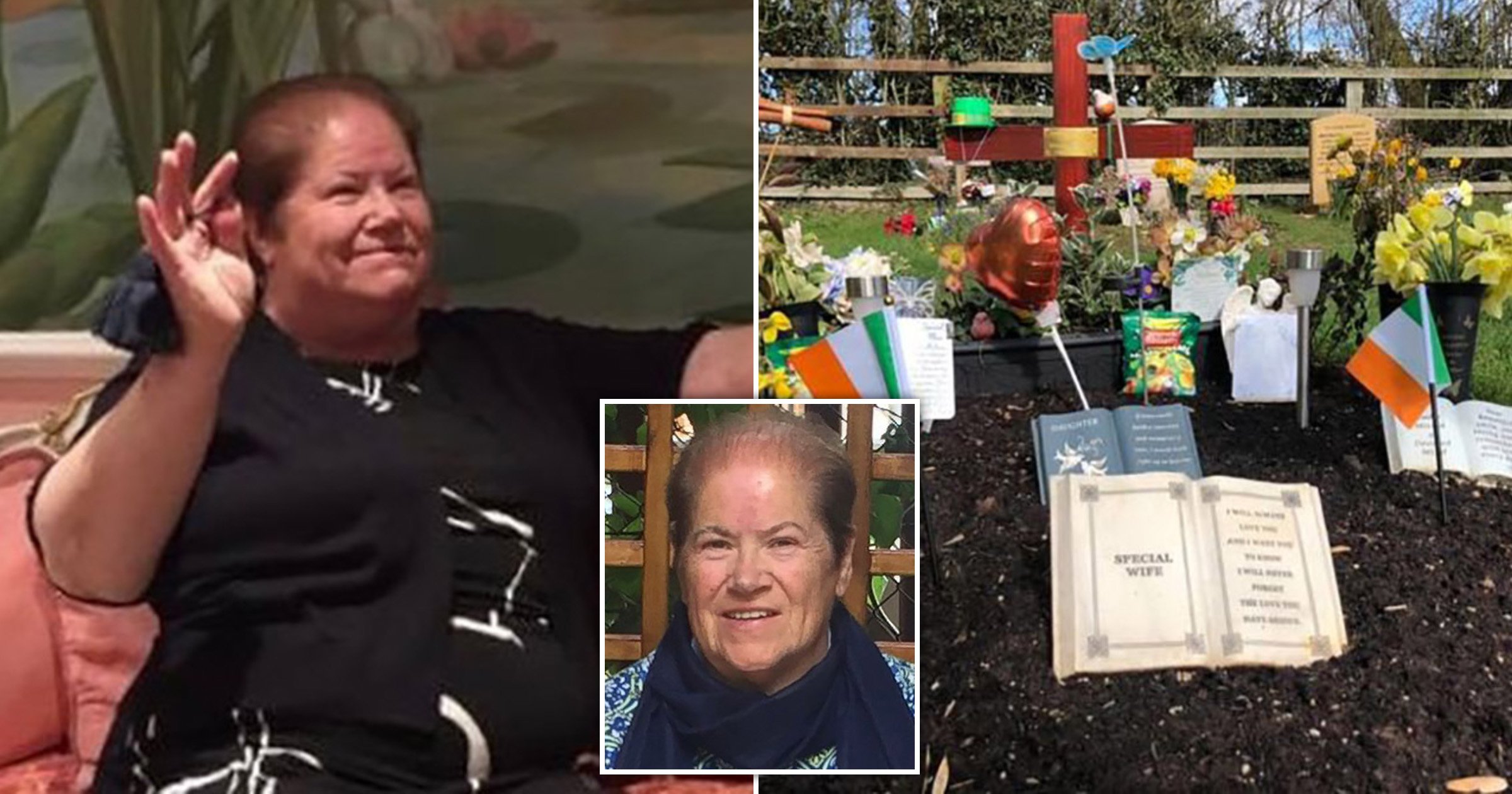 The family of a community stalwart have won an 18-month campaign to have an Irish-only inscription on her memorial stone.

Two daughters of Margaret Keane, who were at a church court hearing, expressed their ‘delight’ that ‘common sense prevailed’ at the appeal.

The figurehead’s family had been told that the loving phrase they had intended for the headstone in Coventry could be misinterpreted as a political slogan and could only appear alongside an English translation.

At the end of today’s hearing, the court indicated that the wording can be included on its own, provided there is a translation in the church register.

Bez Martin, one of Mrs Keane’s daughters, told Metro.co.uk: ‘We’re totally delighted that common sense prevailed and that we can now honour our mum and close that process of grieving by installing her headstone finally.

‘Our language is now treated as equally as other languages in the graveyard.

Speaking previously to Metro.co.uk, Mrs Keane’s family described her as the ‘best of Irish’ who was humble and giving of her time.

The original ruling was made by Judge Stephen Eyre QC, chancellor of the Diocese of Coventry, which represents the Church of England in Coventry and Warwickshire.

Judge Eyre had considered the Coventry Churchyard Regulations which say that messages on graves will be read by many people who did not know the deceased.

Judge Eyre had ruled: ‘Not only would the message of the inscription not be understood but there is a risk of it being misunderstood.

‘Given the passions and feelings connected with the use of Irish Gaelic there is a sad risk that the phrase would be regarded as some form of slogan or that its inclusion without translation would of itself be seen as a political statement.

‘That is not appropriate and it follows that the phrase “In ár gcroíthe go deo” must be accompanied by a translation which can be in a smaller font size.’

The family also reacted on the Twitter profile for their Message To Margaret campaign minutes after the decision.

They wrote: ‘And as the day started we leave with a prayer. Thankyou!’

‘What the hell is going on!’ Prince Harry lost temper in furious rant to Queen – claim