Prince George, nine, was spotted yesterday walking hand-in-hand with his mother Kate Middleton as he went to his first day at Lambrook School in Berkshire. The Cambridges were seen arriving at the school yesterday following their move to Adelaide Cottage in Windsor. George was spotted with his siblings, Princess Charlotte, seven, and Prince Louis, three, as well as Prince William who held Charlotte’s hand as they walked towards the private co-educational school.

And eagle-eyed fans couldn’t help but notice the height of Prince George as he reached Kate’s shoulder despite the Duchess wearing heels.

To which, user @camillawindsor_ replied: “AND SHE’S WEARING HEELS!!!” 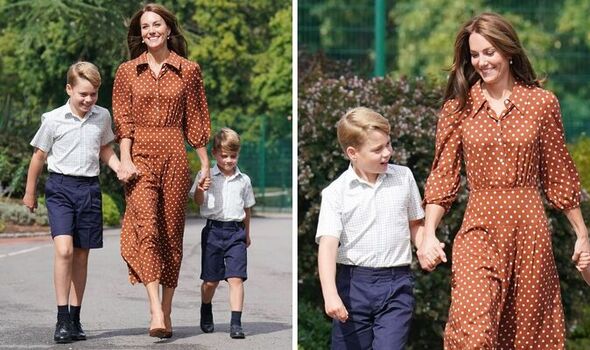 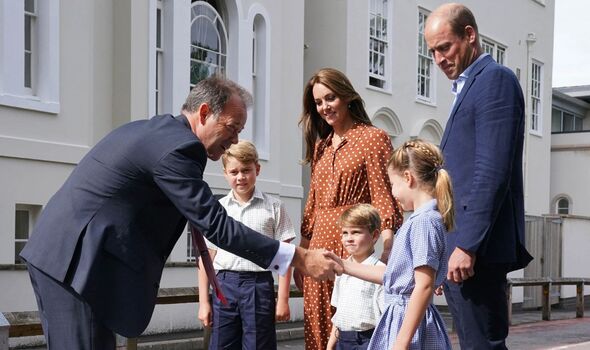 Fans were speculating how tall the Prince was, with one saying “he’s really shot up over the summer!”

And some even think he may be taller than Prince William one day, with user @istephb4 writing: “Prince George might well be taller than his dad in the future.”

But it wasn’t just George’s height that was commented on, as some felt all three had “grown up” over the summer.

User @duchesskatefan_ said: “They have all grown up too much this summer!” 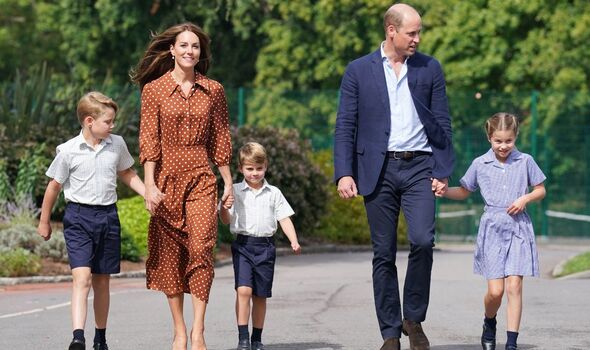 The current tallest member of the Royal Family is Prince William who stands at 6ft 3.

And it appears this impressive height is something his three children have inherited, as Prince George is already the same height as his great-grandma the Queen who stands at 5ft 3.

Following images of George stood next to Her Majesty during the Platinum Jubilee celebrations, fans were certain the Prince would be taller than his dad in the future.

One fan wrote: “I bet Prince George is going to be at least 6’6” tall!” Another pointed out: “He’s almost as tall as Her Majesty now”.

DON’T MISS:
Prince Harry ridiculed for dramatising his ‘darkest hour’ [INSIGHT]
Sussexes told ‘leave us alone’ after blow to William and Charles [COMMENT]
Sophie to be ‘critical sounding board’ for Kate in Queen Consort role [PICTURES] 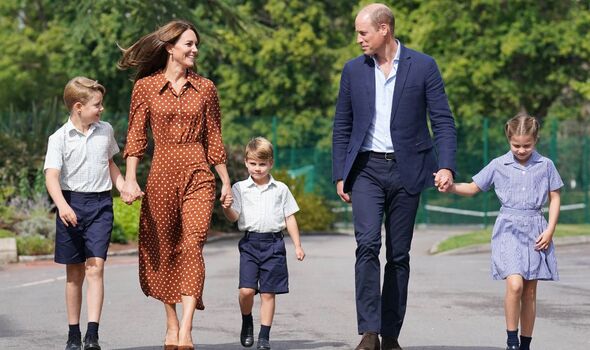 A third fan added: “Prince George is getting so grown up and tall, so like his father in every way, looks and stature and William was so like his beautiful mother, Princess Diana”.

A final account wrote about Princess Charlotte’s height too, saying: “He will be very tall I think – and his sister too. The little Cambridges won the genetic lottery.”

Coronavirus: App reveals which UK places are most likely to stick to lockdown rules