Queen arrives in Edinburgh for week in Scotland

Her Majesty cancelled her attendance at both the St Paul’s Cathedral Thanksgiving Service and the Epsom Derby due to mobility issues, with a spokesperson citing “some discomfort”. However, the indomitable Queen is back on form as she appeared in Edinburgh for the Ceremony of the Keys. Fans were overjoyed at her in-person appearance, with many flocking to social media to express their admiration and adoration for the 96-year-old monarch.

Many focused on the joy of seeing her back in action. @loveforcambridg tweeted: “So good to see The Queen again”.

@issam_lakrad added: “Very happy to see you your Majesty”.

Meanwhile, others focused on how resplendent her Majesty appeared. @crowndefensx said: “so lovely to see Her Majesty out and about, looking terrific!”

@eleanor_kitty added: “The Queen is just wonderful, a pleasure to see her again”.

The Ceremony of the Keys is the traditional opener to Holyrood week for the royals who have travelled to Scotland en masse. 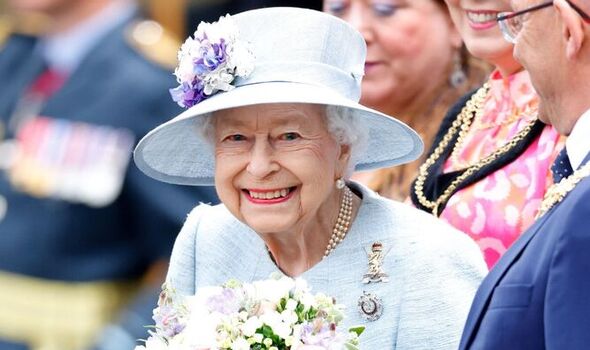 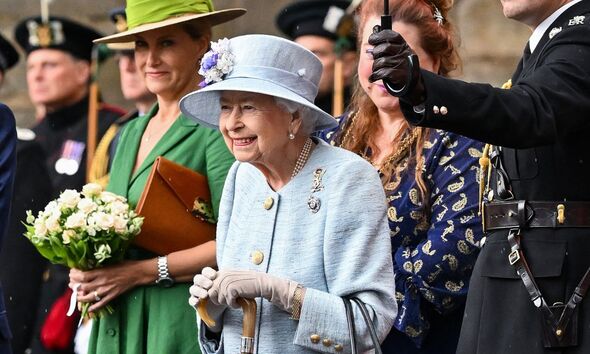 The Queen, dressed in a light blue coat and hat, was symbolically offered the keys to the city by Edinburgh Lord Provost Robert Aldridge. The tradition dictates that the monarch returns them, entrusting their safekeeping to the city’s elected officials.

The head of state, carrying a walking stick, was joined by Prince Edward and Sophie, known as the Earl and Countess of Forfar in Scotland. Meanwhile Prince Edward, who has taken on a number of the Duke of Edinburgh’s responsibilities since his passing last year was also caught up in the fan frenzy, with one describing him as a “wonderful representative” for the Queen.

Another user commented on the possibility of Prince Edward taking over the Duke of Edinburgh title when Charles accedes to the throne. 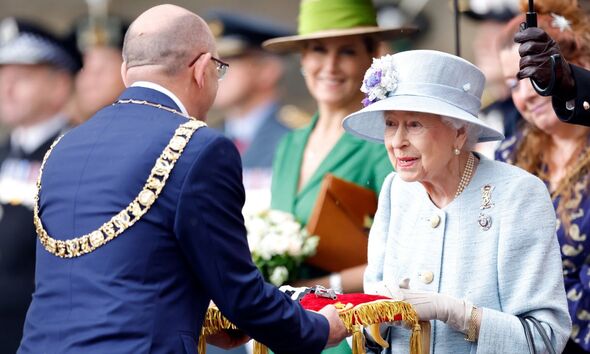 @JuliekymJulie said: “I hope Prince Charles bestows The Duke of Edinburgh title to Prince Edward. I think he deserves it.

“He’s taken on what should have been Harry’s job. It will be a big mistake if he doesn’t.”

Edward is said to have waited patiently to assume the title for 20 years. However, according to the Sun, Prince Charles is tipped to want to block his brother from doing so, as the Prince of Wales is in favour of stripping down the number of titles within the monarchy.

DON’T MISS: The Queen is beautiful in blue today in Edinburgh [REVEAL]
Queen is staying at Palace of Holyroodhouse this week – inside home [INSIGHT]
Queen savagely attacked online as calls for ‘Scottish Republic’ erupt [ANALYSIS] 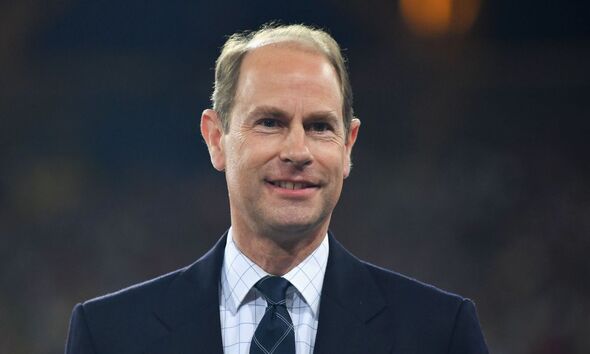 A source close to Charles said: “The Prince is the Duke of Edinburgh as it stands, and it is up to him what happens to the title. It will not go to Edward.”

In an interview with the BBC last month, Prince Edward was asked: “You will be the next Duke of Edinburgh, when the Prince of Wales becomes king, that is quite something to take on?”

Edward replied: “It was fine in theory, ages ago when it was sort of a pipe dream of my father’s . . . and of course it will depend on whether or not the Prince of Wales, when he becomes king, whether he’ll do that, so we’ll wait and see. So yes, it will be quite a challenge taking that on.”

The Earl of Wessex also noted in the past how the granting of the title was “bittersweet” as it could only come to him “after both my parents have actually passed away”.