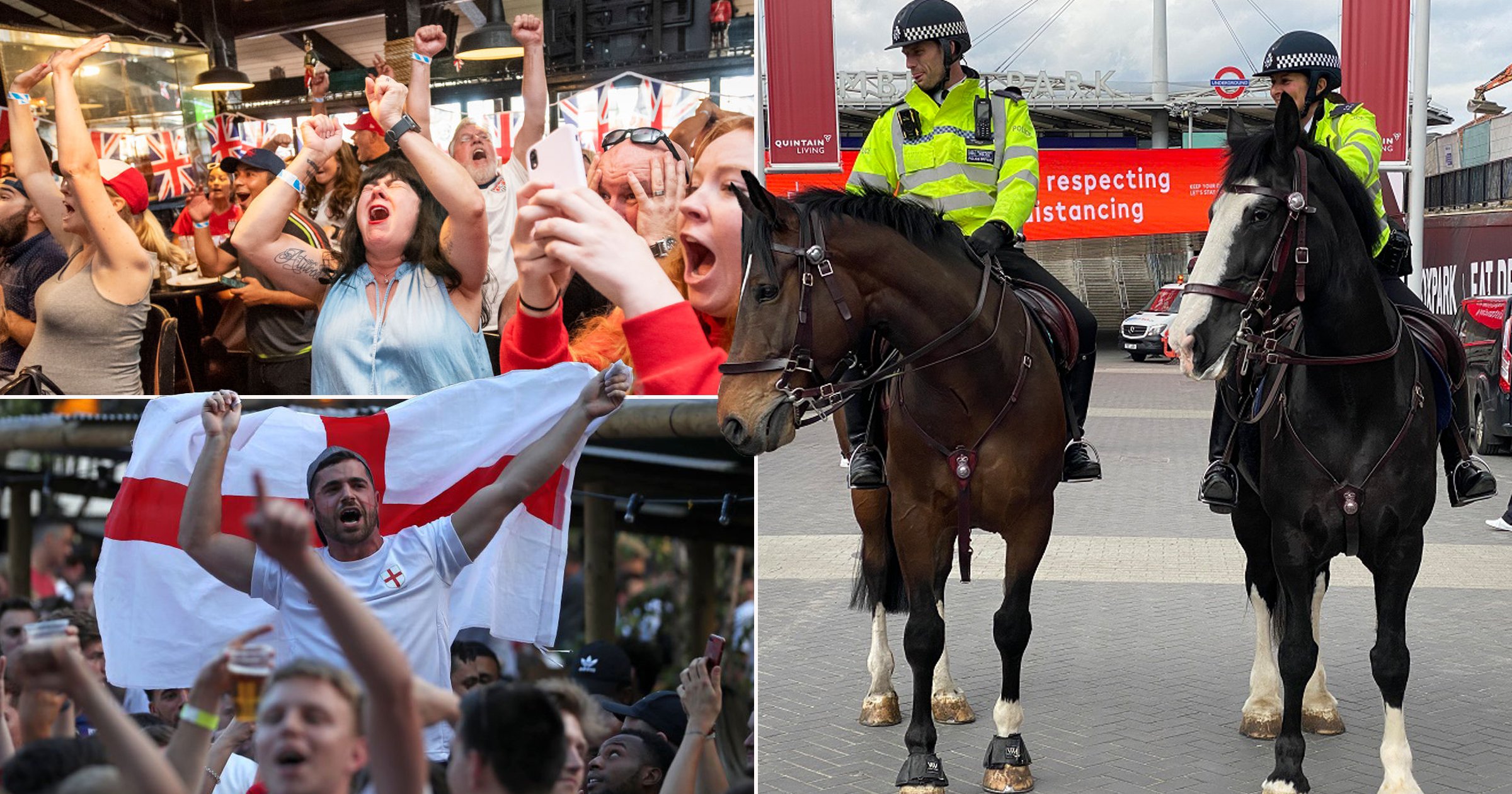 Football fans have been warned about the dangers of gathering in large crowds as the delayed Euro 2020 tournament is set to get under way.

England are playing in an international competition on home soil for the first time since 1996, with Wembley hosting several matches throughout the tournament.

But the Met have told supporters to stay out of London unless they have a ticket or somewhere safe to watch the match.

A third wave of Covid infections appears to be taking hold across the country just as the first games are set to kick-off, while fans have also been warned about potential terror attacks.

The force is sending out plain-clothed officers to look for trouble-makers and has been taking steps to crackdown on excessive drinking.

Deputy Assistant Commissioner Laurence Taylor said the Met has been planning for the tournament for some time.

‘The Euros is an internationally important event with its own unique policing needs and draws upon expertise right across the Met,’ he said.

‘We have a very experienced policing team in place and will be deploying a great many officers on the boroughs. We will also have a great many specialist units to prevent crime and disorder and respond effectively to any incidents or over-crowding.’

Authorities are particularly concerned about the England v Scotland match on June 18, with fans of both teams told to stay away unless they have tickets.

Licensing officers have been visiting pubs, bars and other venues showing the matches to talk to staff and train them in how to prevent disorder and anti-social behaviour, particularly that caused by excessive drinking.

Venues have also been advised on how to prevent and reduce sexual violence and create a safe environment for female fans.

After figures showed that incidents of domestic violence spike around major football competitions, the Met’s policing plan also has a particular focus on stamping out abuse in the home.

The competition kicks off on Friday, before all lockdown restrictions have been eased in London.

With the June 21 date for the end of all measures looking increasingly in doubt, it remains to be seen what rules fans will have to follow for the duration of the tournament.

If restrictions aren’t relaxed, pubs will have to operate using social distancing and table service – substantially reducing the amount of customers they can serve.

DAC Taylor added: ‘London remains in a public health crises and we must all still take action to stick to government guidelines on social distancing and gatherings.

‘Please, only come to London if you have a ticket for a match, fanzone or somewhere safe to watch the match. There are no alternative sites for fans to gather in large numbers and there are limited spaces in pubs and bars.

‘I should also remind you that the terror threat remains at “substantial”. This means that an attack is likely and I am asking the public to play their part toward security by remaining vigilant and reporting any suspicious activity or behaviour to stewards, security staff or police officers. In an emergency always dial 999.

‘We want people to look out for each other and enjoy the Euros safely and securely. We are prepared and will be a highly visible and alert presence throughout.’

No-fault evictions to be axed under new government proposals