David from Uxbridge, the Prime Minister’s constituency, called in to Nigel Farage’s LBC show to give his opinion on his own MP. David said: “I think Boris Johnson will sell the Brexiteers down the river because his options are no deal, which he doesn’t want.”

He continued: “Or what he’ll do is he’ll rehash May’s deal which he’ll try to present as a new start.

“So be prepared to be sold down the river by Boris Johnson.” 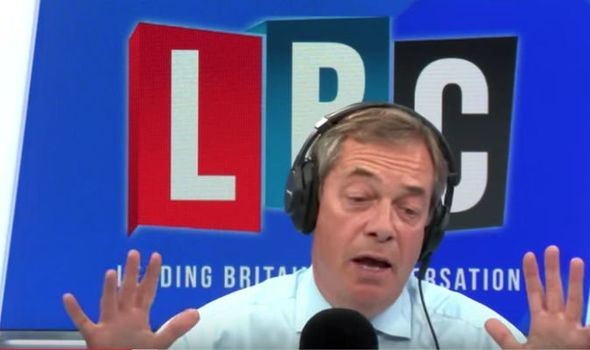 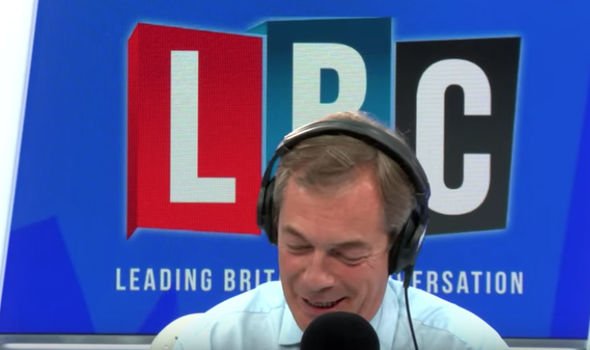 The former Ukip leader then offered some insider knowledge.

He continued: “There was a cocktail party last night in Downing Street for Tory donors.

“And much of the talk there was about readmitting the 21 who’d had the whip taken away last week.

“And Robert Peston from ITV, who has got some good information sources, suggested that it could be the ERG group that finish up really being kicked out of the party.” 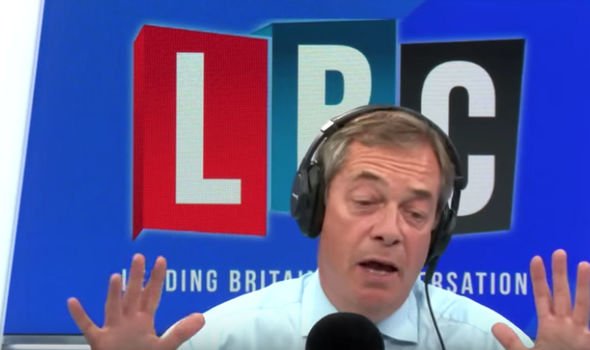 The 21 Tory MPs had the whip removed when they rebelled against the Government to vote for Parliament’s anti-no deal bill.

Parliament’s legislation was a proposed procedure to allow the House to pass a bill to prevent a no deal Brexit without Parliament consent.

The Commons as a whole voted 328 to 301 to take control of the agenda, allowing them to bring a bill requesting a Brexit delay. 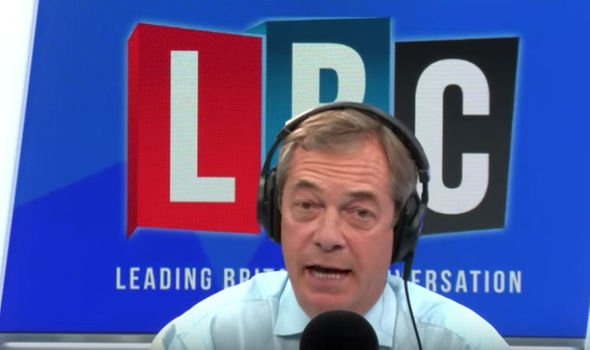 Consequently the Prime Minister has called for a snap election in October.

However, it has been defeated in the Commons twice.

Mr Farage has offered a deal to the Prime Minister as a “non-aggression pact”.

Under the pact, Brexit Party candidates would not stand against members of the ERG.

Mr Farage claimed it would deliver a “majority of 100 seats” at the next election.

Anti-Semitic offences ‘up 10%’ in Germany

Malaysia's Dr Mahathir to stay as PM till after Apec
We and our partners use cookies on this site to improve our service, perform analytics, personalize advertising, measure advertising performance, and remember website preferences.Ok