SOUTHPORT, England (Reuters) – Brexit campaigner Nigel Farage says he believes Britain’s departure from the European Union will be delayed again because parliament will reject Prime Minister Boris Johnson’s attempt to do a last-minute deal with Brussels.

Cast by his supporters as the godfather of Brexit, Farage said Britain’s exit, due on Oct. 31, was now in doubt as what he called the political elite in London was plotting with the EU to betray the 2016 referendum, in which Britain voted 52%-48% to leave.

Farage said Britain was in the grip of its biggest row since the English Civil War in the 17th century and that Johnson risked destroying his Conservative Party as he was trying to reheat the failed exit deal of his predecessor Theresa May.

“At the Oct. 17-18 EU summit there will be some give from the European Union and Boris will bring it back to parliament before Oct. 31 and, I suspect, fail to get it through,” the Brexit Party leader told Reuters in an interview.

“So we won’t leave on the 31st of October and then we are really into uncharted waters – whether parliament imposes a second referendum or we have a general election, I really don’t know,” Farage, 55, said.

A former commodities trader, Farage has transformed British politics over the past decade by poaching Conservative voters to force a succession of prime ministers towards ever tougher positions on Europe.

The perceived electoral threat to the Conservatives from the United Kingdom Independence Party which Farage formerly led was one of the main reasons then-prime minister David Cameron decided in 2013 to promise the Brexit referendum.

A member of the European parliament, Farage has stood for a seat in the British parliament seven times and lost each time.

But shunned by the British political establishment, Farage, backed by Eurosceptic financiers, helped sell Brexit to millions of voters in England and Wales who felt ignored by the mainstream Conservative and Labour parties.

The United Kingdom was due to leave on March 29 but it was delayed because May’s deal was defeated three times by parliament. 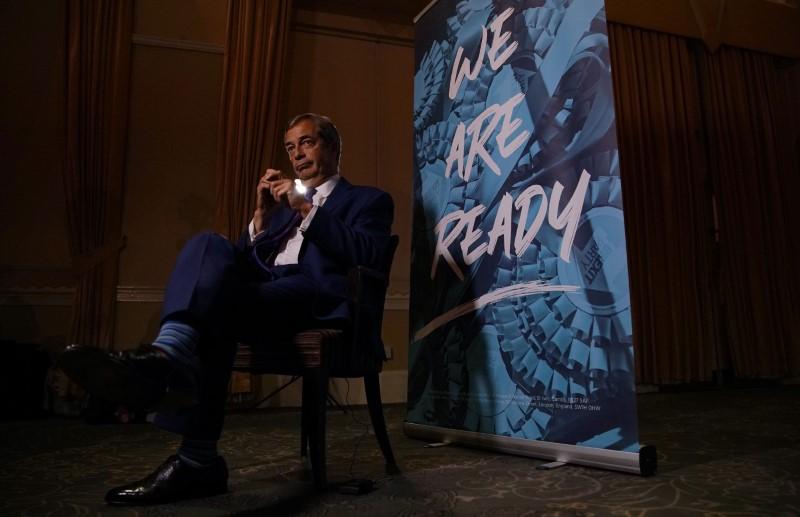 SOME KIND OF PACT?

With the United Kingdom split down the middle over Brexit, Farage has offered Johnson an electoral pact to ensure Brexiteers remain in power to deliver the divorce, but he has so far been rejected.

A Conservative source last week said Farage was not a fit and proper person to be allowed near power – a barb he dismissed as coming from a “pipsqueak” Conservative spokesman.

“I still don’t rule out the possibility of some kind of pact, some kind of deal, but I am not banking on it,” Farage said, adding if Brexit was not delivered on Oct. 31 then his Brexit Party would see its poll ratings surge beyond 20 percent.

Farage has offered to not stand against Conservative candidates in return for having a free run in 80 to 90 parliamentary seats in Wales, the Midlands and the North East where his party hopes to beat the opposition Labour Party.

If the Brexit Party held the balance of power after an election, what would the kingmaker’s pound of flesh be?

When asked if Donald Trump, with whom he was photographed in a gilded lift at Trump Tower shortly after the 2016 presidential election, should intervene and get involved in Brexit talks, Farage said: “I think he already is.”

Farage’s enemies say he sells a vision of a Britain that never was to insecure voters challenged by globalisation, though opponents admit that the failure of the main parties to address concerns over immigration allowed him to win voters. 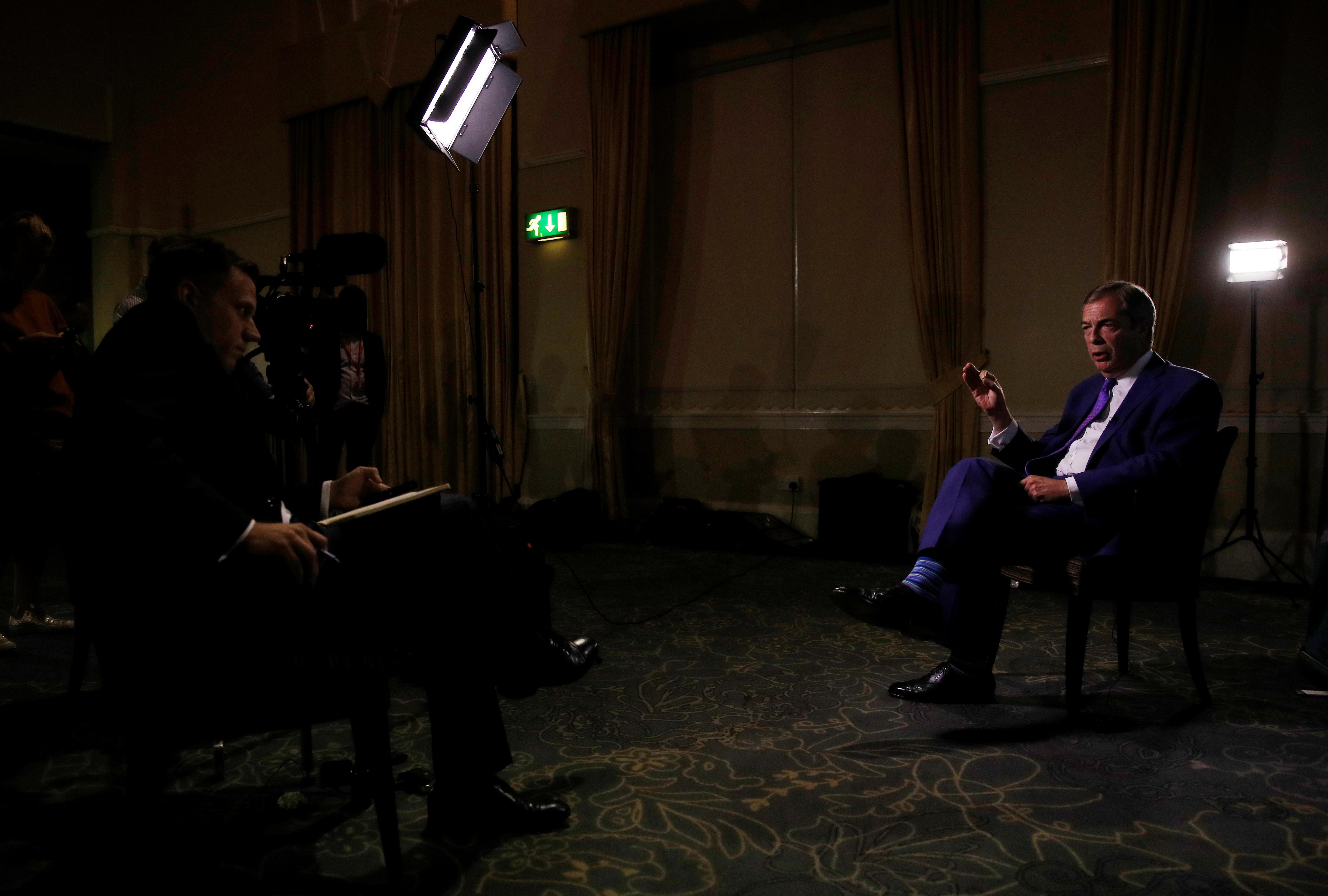 In the English seaside resort of Southport, Farage received a standing ovation from a 1,600-seat theatre packed with supporters, some of whom shouted out “traitor” when he named prominent politicians and media organisations who he said were trying to thwart Brexit.

“We are the safety valve for the anger that will be expressed on Nov. 1 if we haven’t left the European Union,” Farage said. “If we don’t deliver on the result of this referendum this country will never be the same again.”