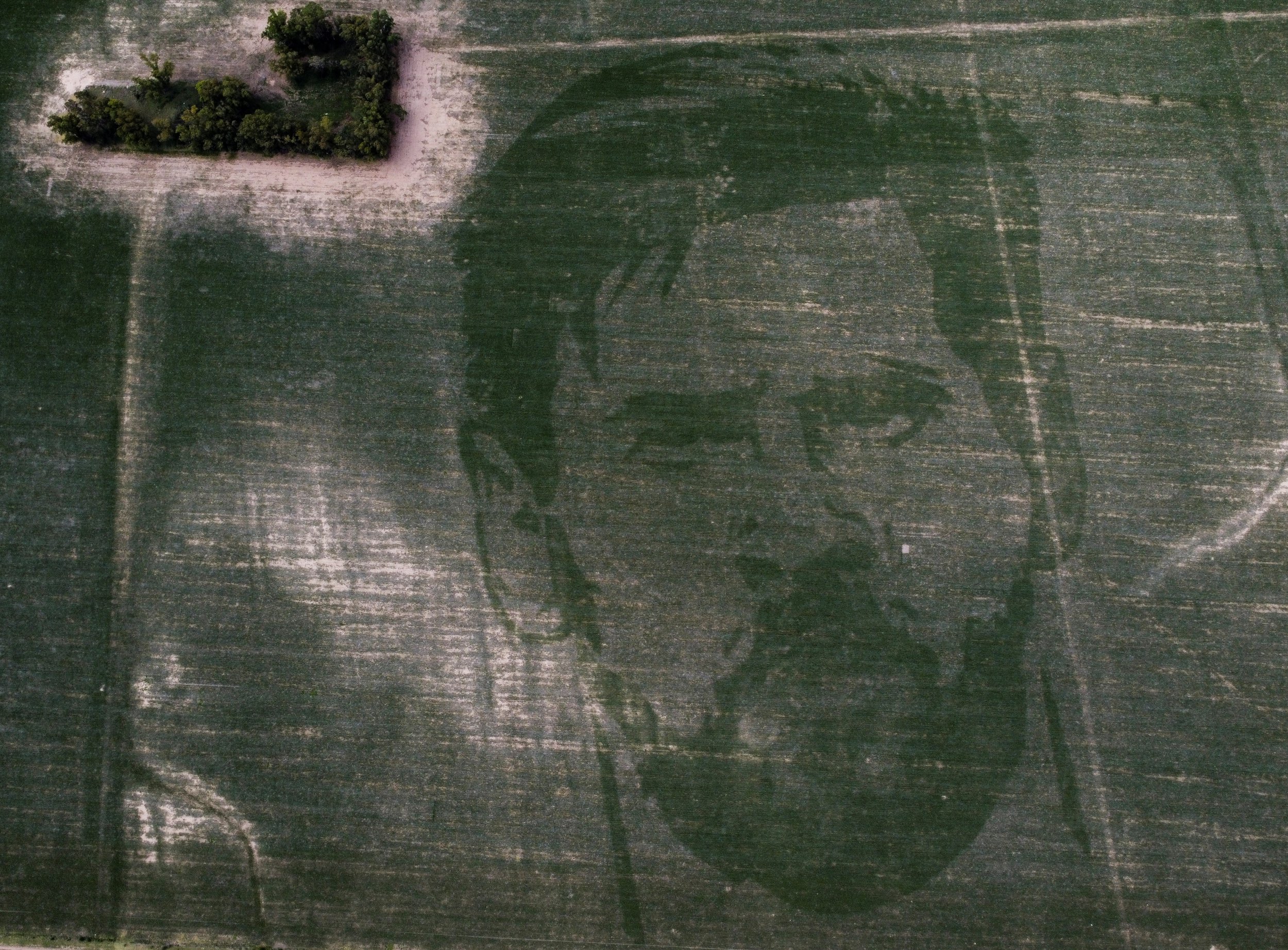 A farmer has grown a 124-acre image of Lionel Messi in a corn field to celebrate the legendary footballer.

The unusual tribute can be seen from space from Los Condores, in the central Cordoba province of Argentina.

Maximiliano Spinazze used an algorithm that calculated where he would need to plant the seeds.

It was grown after Messi led Argentina to a World Cup victory in Qatar.

Spinazze told MailOnline: ‘For me Messi is unbeatable. Now they are world champions, I am delighted this can be expressed by planting the crop.’

Carlos Faricelli, a farming engineer, designed the coding for the machines which helped create the Messi image.

He had the idea to make a code that goes in the seeders with Messi’s face ‘as a tribute for any farmer who dared to plant it’.

‘So when this corn grows and an aerial shot is taken, where the plants are closer together and the ground is less visible, a more intense green contrasts with where there are fewer plants and then this kind of agriculture is created’, he said.

Spinazze is not the only one to create an unusual Messi tribute.

It took less than two weeks for this man to regret the Messi tattoo he got on his forehead.

Meanwhile, an unknown fan in the Dominican Republic shaved the footballer’s face into the back of his head.

The barber, named Anton Barber, posted the picture and wrote: ‘I am fortunate to belong to Messi era, football history is rewritten.’

Brexit threat: ‘Acute fear’ UK fishermen at risk of being sold off in UK-EU trade deal