Farmers have raged at vegan activists after protesters associated with an animal rights group were captured pouring dairy produce over the floor of a Harrods department store. A frustrated farmer branded the protesters “childish” after the display organised by activist group Animal Rebellion gathered attention. The waste of produce has been slammed amid the cost of living crisis hammering households across Britain and the activists have been accused of having “no idea” of food production. Welsh farmer Gareth Wyn Jones said: “We’ve got to stop these people.”

Speaking on GB News, Mr Jones raged at the activists: “They’re got no idea of what’s happening in the real world.

“They’ve never been hungry, they’ve never struggled – they just show themselves as climate activists with no idea of the importance of milk in our everyday diet.” 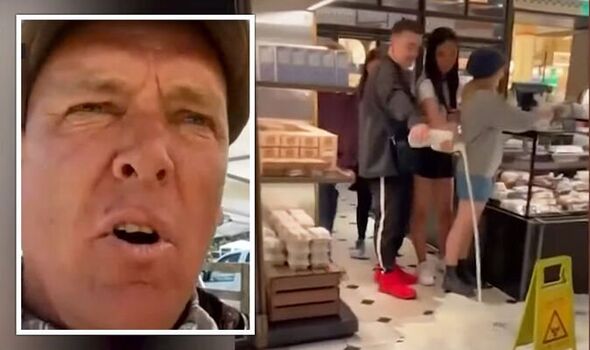 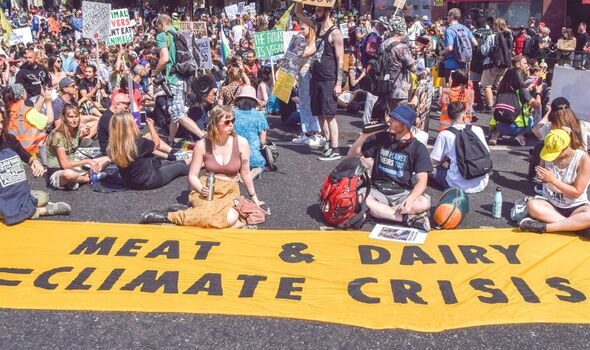 Speaking of the Harrods protest, Mr Jones said: “I think it’s a childish act – they’re just trying to show off.”

He continued: “They’re just middle-class, city slicker that have got no real idea about food production”

He added his sympathies for the cleaners of the store who would be forced to clean up the mess caused by the “absolutely pathetic” waste of produce.

Mr Jones said: “Wasting top quality food and milk on the floor like that – it shouldn’t be happening.” 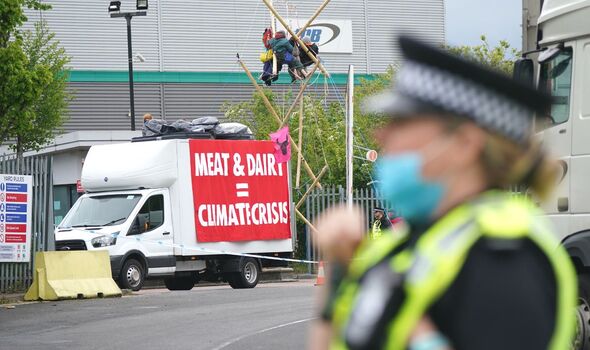 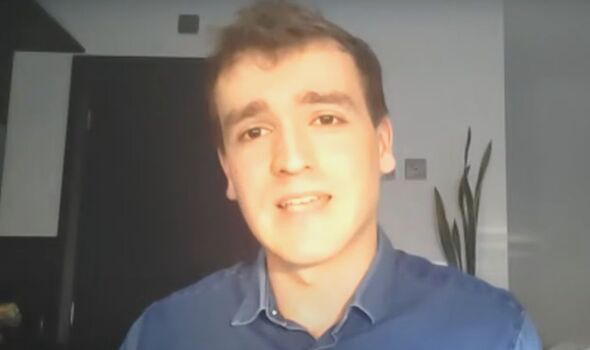 A brief video clip of the protest captured activists plucking bottles of milk from a dairy counter in Harrods and tipping the contents out onto the shop floor.

Onlookers attempted to stop the protesters and asked for staff to call security as milk flooded across the tiles of the department store.

Security officers arrived to remove the protesters who were filmed resisting arrest by dropping to the floor, making it difficult for the security team to escort them out of the area.

Confirming responsibility for the protest, the animal rights group posted the following statement on their Twitter account: “On Wednesday, Animal Rebellion disrupted Harrods by pouring bottles of milk onto the floor. Why? Because we’re in an animal and climate emergency!” 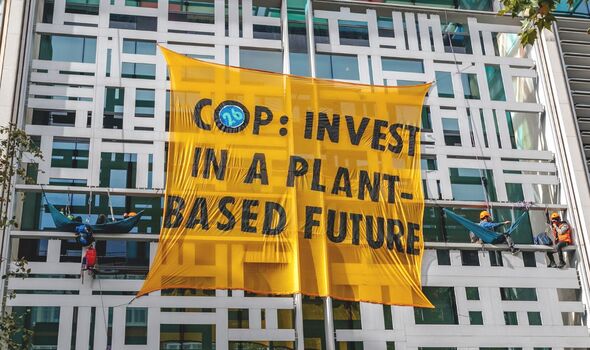 Robert Gordon, a spokesperson for Animal Rebellion said: “When we do this, we’re calling on the Government to support farmers in a just transition to a plant-based food system. Our demand is a very clear win-win.

“When we transition to a plant-based future, we free a significant amount of land and that land can be rewilded, draw down carbon from the atmosphere, alleviate our climate crisis and return nature and vital habitats to the species that are currently at threat of extinction.”

Animal Rebellion has outlined plans to cause widespread disruption to dairy supply in September, with the aim to strip the shelves of milk products and pressure the Government to transition to vegan alternatives.

Mr Jones added: “If they come after farmers and try to stop the dairy industry, there will be a fight back – the farmers are ready and willing.