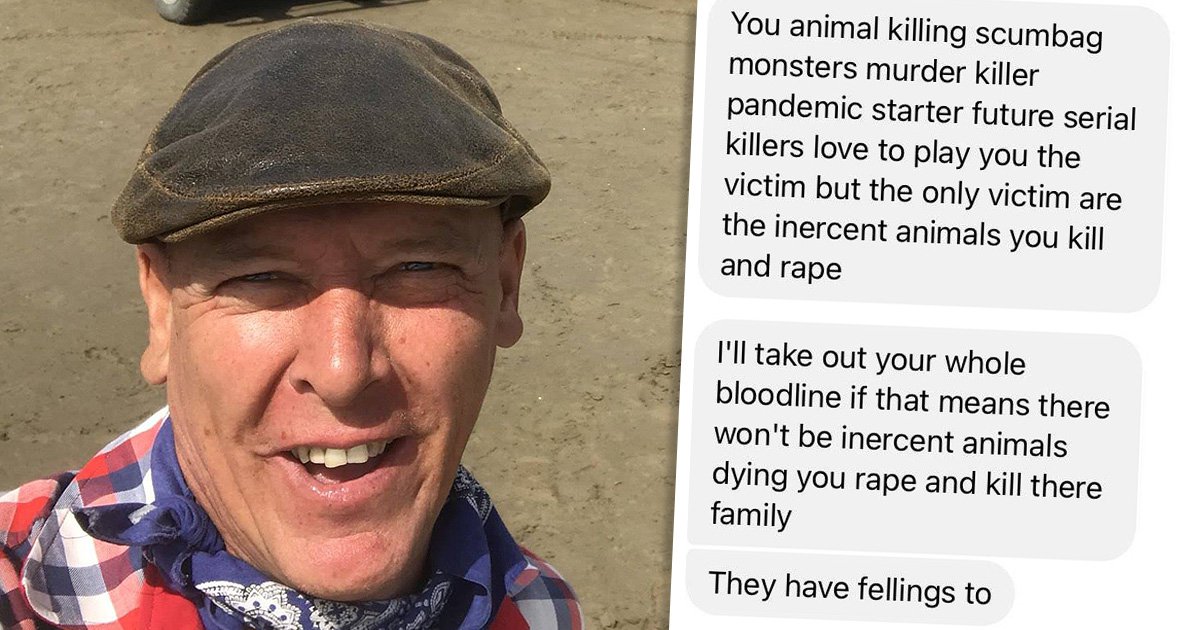 A celebrity farmer and a vegan cafe have both received death threats after a row about plant-based milk was escalated by activists.

Gareth Wyn Jones, 54, shared a picture of the drinks menu at Caffi Clywedog on his Facebook page, not realising that the venue is entirely vegan. He asked his supporters: ‘Is this Caffi just using plant based fluids and not using natural local milk? Am I wrong? Can anyone help?’

The post resulted in the cafe being thrown into the spotlight, and the owners were met with a barrage of online hatred and arson threats. In a statement, they described a ‘surge of unexpected, online abuse’.

They later added: ‘What a storm (in a teacup) on Monday this week! Thank you to everyone who has shown kindness and support, we really appreciate it.

‘It’s safe to say that we’ve had our busiest couple of days ever – and we weren’t even open… When times are tough as they are, the least we can do is just be kind to one another, no matter our beliefs and values.’

A newspaper article about the threats then resulted in Gareth receiving abuse himself, with one person even messaging him to say: ‘Better hope and pray I don’t find you.’

Another message described him as an ‘animal-killing scumbag’ and ‘future serial killer’, before adding: ‘I’ll take out your whole bloodline if that means there won’t be innocent animals dying.’

Gareth, who farms in the hills above Llanfairfechan, said: ‘These are the type of people who kill your animals and set your barns on fire.

‘They are not to be messed around with. The messages didn’t bother me too much but my wife was very worried and upset last night.’

He told North Wales Live: ‘People were saying I put the dogs on [the cafe] but that’s not true. I wasn’t disrespectful or obnoxious, I didn’t say the cafe should be
shut down, I just asked a simple question.’

Caffi Clywedog said they had reported ‘threats of violence and arson’ to Dyfed-Powys Police, while Gareth has also spoken to officers from North Wales Police.

Gareth, who presents the BBC’s The Family Farm, said: ‘We have to be able to have a conversation about these things without being judgemental.

‘It’s fine having a free country and free speech but these people have crossed the line. When you and your family start getting death threats, it’s gone too far. This is not how we should be doing things.’