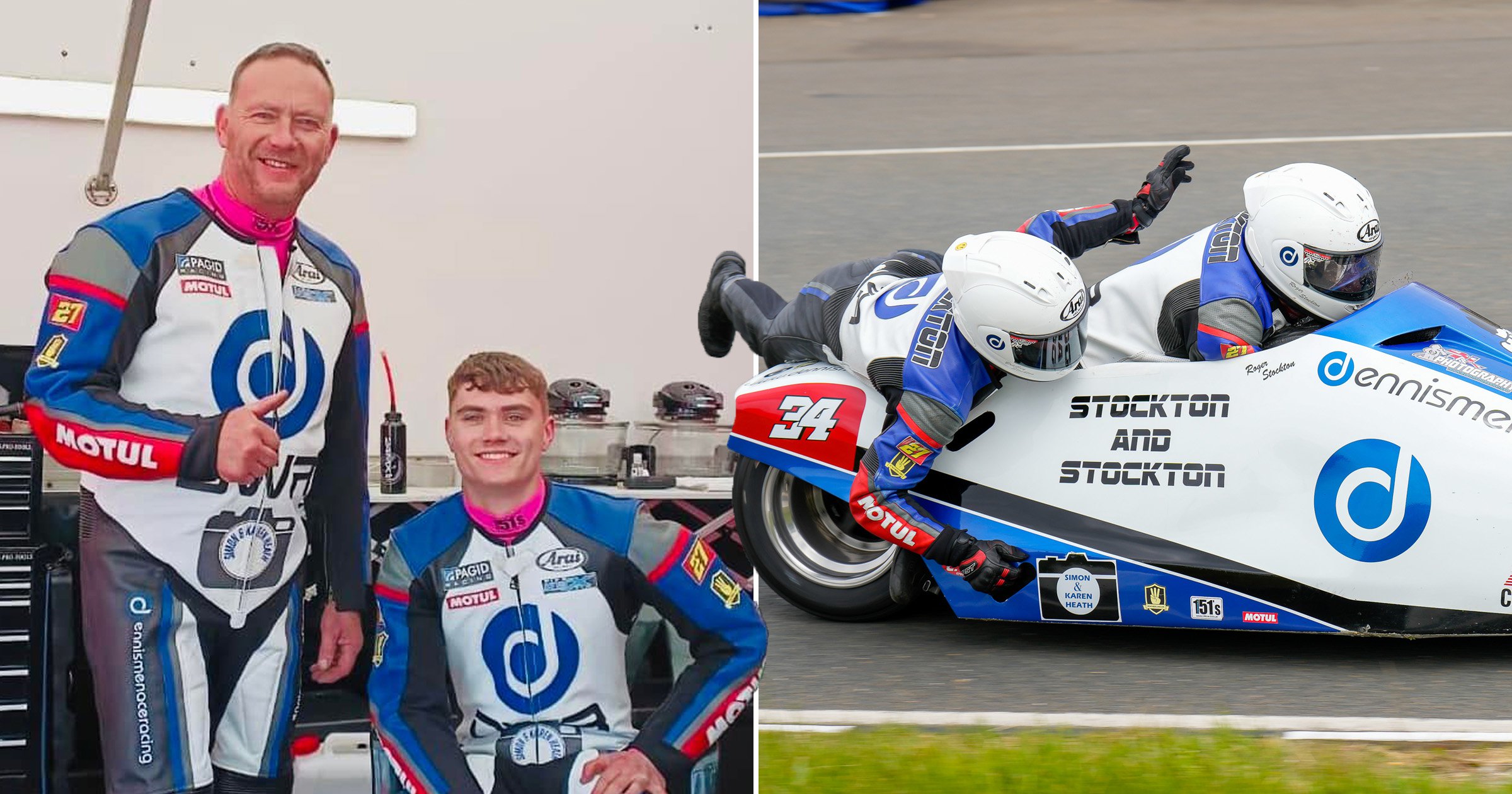 A father and son have died during the Isle of Man TT Races, bringing the event’s death toll to five.

Roger and Bradley Stockton, from Crewe in Cheshire, had been riding together as driver and passenger respectively.

This week had marked veteran racer Roger’s 20th race start, while it was Bradley’s second ever race.

Isle of Man TT Races organisers said the news of their deaths came with a ‘deep sense of sorrow.’

Organisers said in a statement: ‘The loss of two members of our paddock and two people from the same family is truly heart-breaking.

‘But the bond between a father and son who achieved their dream to compete together at the TT provides us with a glimmer of light at such a dark time.’

In their first race of the competition, Bradley and Roger had finished in eight place with an average speed of 106mph on their best lap.

Bradley, 21, had ‘grown up’ in the racing community and made his first visit to the course aged just one-year-old.

He was 16 when he decided he wanted to follow in his father’s footsteps, and asked if he could race alongside him as a passenger.

Roger’s first TT race came in 2000, and he competed regularly in the years that followed.

Speaking earlier in the year, the 56-year-old said: ‘I’ve retired a few times before, but always come back for my love of the sport.

‘Going around the course with my own flesh and blood will be incredible.’

It’s been held almost every year since 1907.

The event is often described as one of the most dangerous racing events in the world due to the number of competitors who have died.

So far in the 2022 races, five people have lost their lives.