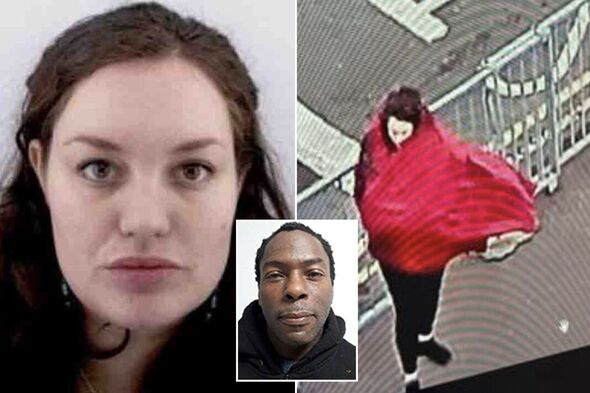 A father has appealed to his “much loved” aristocrat daughter on the run with her newborn and a convicted rapist to “find the courage” to turn herself in. For 12 days officers have been hunting for Constance Marten and her baby who have been missing with her partner Mark Gordon who were last seen on January 7.

Police are worried for the newborn and say neither Ms Marten nor the baby has had medical attention since the birth.

Constance Marten, Mark Gordon and their baby have no luggage with them after most of their belongings were destroyed in a car fire on January 5, and are using cash to pay for taxis and places to stay.

Ms Marten comes from a wealthy aristocratic family, while Mr Gordon is a sex offender who served 20 years in US jail for rape and battery.

Speaking to The Independent Napier Marten, 62, appealed to his “darling Constance” and said it had been “beyond painful”.

Mr Marten, who said he remained “estranged” from his daughter, said: “We are deeply concerned for your, and your baby’s welfare. The past eight years have been beyond painful for all the family, as well as your friends, as they must have been for you.

“And to see you so vulnerable again is testing in the extreme.

“I would like to extend my gratitude to the police in all their endeavours to bring this tragic episode to a swift and safe conclusion, and appeal to you, please Constance, find the courage to present yourself to the police as soon as possible.”

He told the paper the family had “great concern” knowing of Mr Gordon’s “past record” for some time.

Last September, Ms Marten and Mr Gordon began moving around the country, renting AirBnBs for brief periods. On January 5, they were on the M61 when their car broke down and caught fire near junction four at Farnworth, Bolton.

The couple then walked to Anchor Lane Bridge, where they got a taxi to Liverpool before getting another to Harwich, Essex. They were seen around Colchester on Friday January 6 and Saturday 7, when they took another taxi to East Ham Station in Newham, London, and were last seen.

Each time Ms Marten and Mr Gordon are seen on CCTV, they are covering their faces or looking away, and have kept the baby covered up.

Investigators say the couple appear to know how to evade authorities – making the search for them harder.

Police believe they could be anywhere in the UK and are appealing to the public to come forward with any information that may help find them.

Investigators said it is unusual for hotels to accept cash payments and appealed to staff at hotels or hostels where the couple may stay to come forward.

Detective Superintendent Lewis Basford said: “This is a complex investigation with officers from across the Met continuing to work around the clock to find Constance, Mark and their baby.

“There is nothing to suggest that any of them have come to any sort of intentional harm – we just need to ensure they are okay, especially the baby, and do not require any medical assistance for any underlying issues.

“The last confirmed sighting of them was more than a week ago in East Ham – they could now be anywhere in the UK, which is why it is vital that members of the public continue to contact us with any suspected sightings.

“The assistance you’ve provided so far has been invaluable. Please don’t forget about Constance, Mark and the baby – if you see them or think you have seen them then please contact us as a matter of urgency.”

Some 200 officers are working on the search and have scoured through more than 200 hours of CCTV footage since the pair were last seen on January 7. Mr Gordon’s conviction relates to a Floida attack on a woman in her early 20s when he was 14.

DON’T MISS: Prince Harry has ‘gone for broke’ with memoir which may backfire in long term