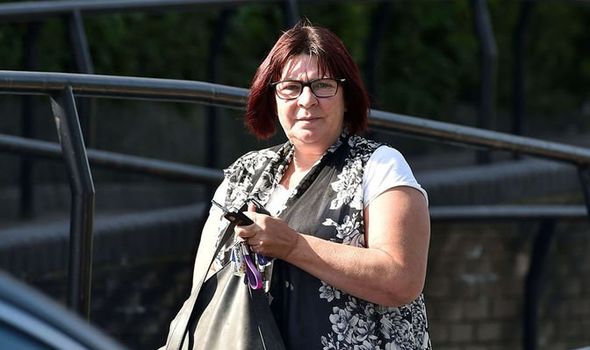 Samantha Hesler, 50, groomed the boy so much that – in his own words – he had “no reason to leave her house” which she shared with her then-husband and each foster child for whom she cared. He bunked off school to spend more time with Hesler and their relationship became sexual, to the point where they became intimate several times every week.

But witnesses told a court yesterday they saw Hesler come out of a tent with the teenager during a camping trip.

Another witness said he walked into Hesler’s bedroom and saw the boy under her duvet.

But the relationship ended when the victim caught Hesler kissing another boy in the hot tub at her “party house,” reports Teesside Live.

Hesler was hauled before Teesside Crown Court and was yesterday found guilty of two counts of the indecent assault of the 14-year-old boy.

She’ll be jailed next month.

Judge Paul Watson said: “You’ve been convicted of very serious offences and you must prepare yourself for the consequences when you you return.”

Hesler’s daughter watched from the public gallery as the jury returned their guilty verdict after less than an hour of deliberation.

Hesler, from Great Broughton, North Yorkshire, was 26 at the time of the offences in the mid to late 1990s.

She gave the boy Playstation games, alcohol and cannabis and they started a three-year relationship.

Hesler invited teenage children to her home – she said to make friends with each foster child she was looking after.

But the trial heard she plied the other kids with Budweiser, cigarettes, sometimes cannabis and that her home was like, “a party house”, with Hesler joining the children in her hot tub, wearing a bikini.

There were suggestions Hesler’s former husband suspected someone was going on between his then-wife and the teenager.

The victim’s sister told the court Mark Hesler, “grabbed him by the collar” leaving him so petrified he decided to look for a train station to get home from the campsite at Essex car show in 1997.

Shaun Dodds, prosecuting, told the jury Hesler was unhappy in her marriage, and so turned her attention to the 14-year-old boy.

The victim reported the sexual abuse to the police years later after a conversation with his wife, who said she was thinking of becoming a social worker.

The man said he had ”a huge reaction” and told his wife he had been groomed by a social worker, 23 years ago.

Speaking during the trial, the victim said: “It was all for her own selfish needs. “It should never have happened. I was 13, possibly 14, at the time of the very first sex.

“I shouldn’t even know what it was about at that age.”

Hesler was released on bail and will returned to the same court for sentencing on December 13.