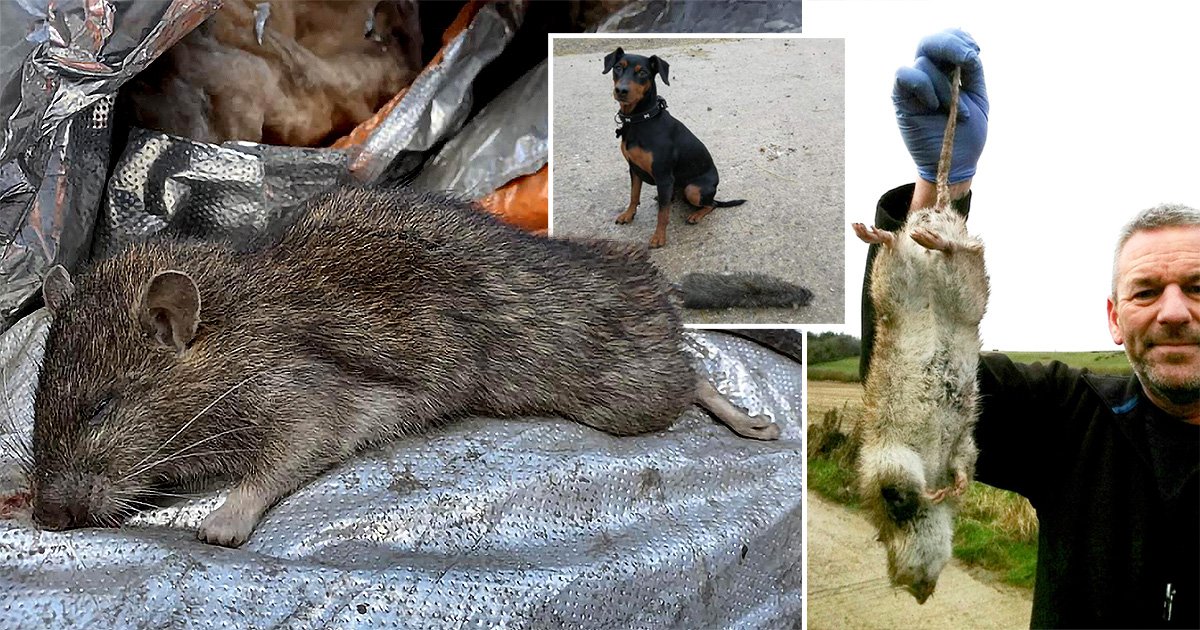 A pest catcher who once claimed to have snared the UK’s biggest rat has warned fortnightly bin collections are leading to more ‘monster rodents’.

Sufferers of musophobia – a fear of rodents – were left shaken in 2018 when pest controller Terry Walker announced he had caught a rat that was almost the size of cat.

Measuring 21 inches from nose to tail the huge rat was caught in Sandbanks, near Bournemouth, on the south coast.

At the time, Terry said he had noticed the size of the rodents he was catching was increasing.

Now, he has warned he regularly catches huge rodents and expects to catch a rat larger than his 2018 record-breaker sooner rather than later.

The 56-year-old has put the boom in monster rats down to rodents being able to feast on high-calorie food waste which is left hanging around for longer due to fortnightly bin collections.

Like the majority of local authorities across the country, Bournemouth, Christchurch and Poole Council in Dorset collects household bins once a fortnight.

This is to reduce costs and meet government recycling quotas.

But Terry, who runs TP Pest Control Services, says better management of waste is needed to curb the growing numbers of mega-rats.

The rat catcher, who always works alongside his trusty terrier Max, said: ‘Years ago, I would have been excited to catch a 19-inch rat but now I catch them regularly.

‘I’m sure my record is going to be broken soon – I’m seeing some huge rats. It’s only a matter of time.

‘They have easy access to high-calorie food so they’re getting bigger. It’s about the type of waste and how long it’s left before being collected.

‘Bins used to be collected every week – now it’s once a fortnight. When it comes to them being collected, the rats have already had their fill.

‘Nearly all of my work comprises of rats and that is growing year on year.

‘We do a lot in Bournemouth, often in back alleys, bin areas and takeaway premises which can be extremely busy.

‘The owners of these businesses can be perfectly ethical and professional but if there’s a mess left by the public that can be it.’

Terry said he had become busier during the pandemic as a boom in people building extensions made it easier for rodents to enter homes through old pipes.

‘Most pest controllers I know have seen an increase in business during the pandemic and that is partly down to the management of waste but also the number of people modifying their homes, he added.

‘There’s a massive rise in people building extensions. When they do, rats can find their way in through old redundant pipes.’

He said: ‘We can reassure residents that we have adequate provision to deal with any pest control issues – we employ the latest techniques and have experienced no reduction in their effectiveness.

‘It is extremely important that people manage their waste properly especially their food waste bins to help reduce the opportunity for pests to feed or bed down in leftover material.

‘We remain available to respond to pest control enquiries from Monday to Friday.’