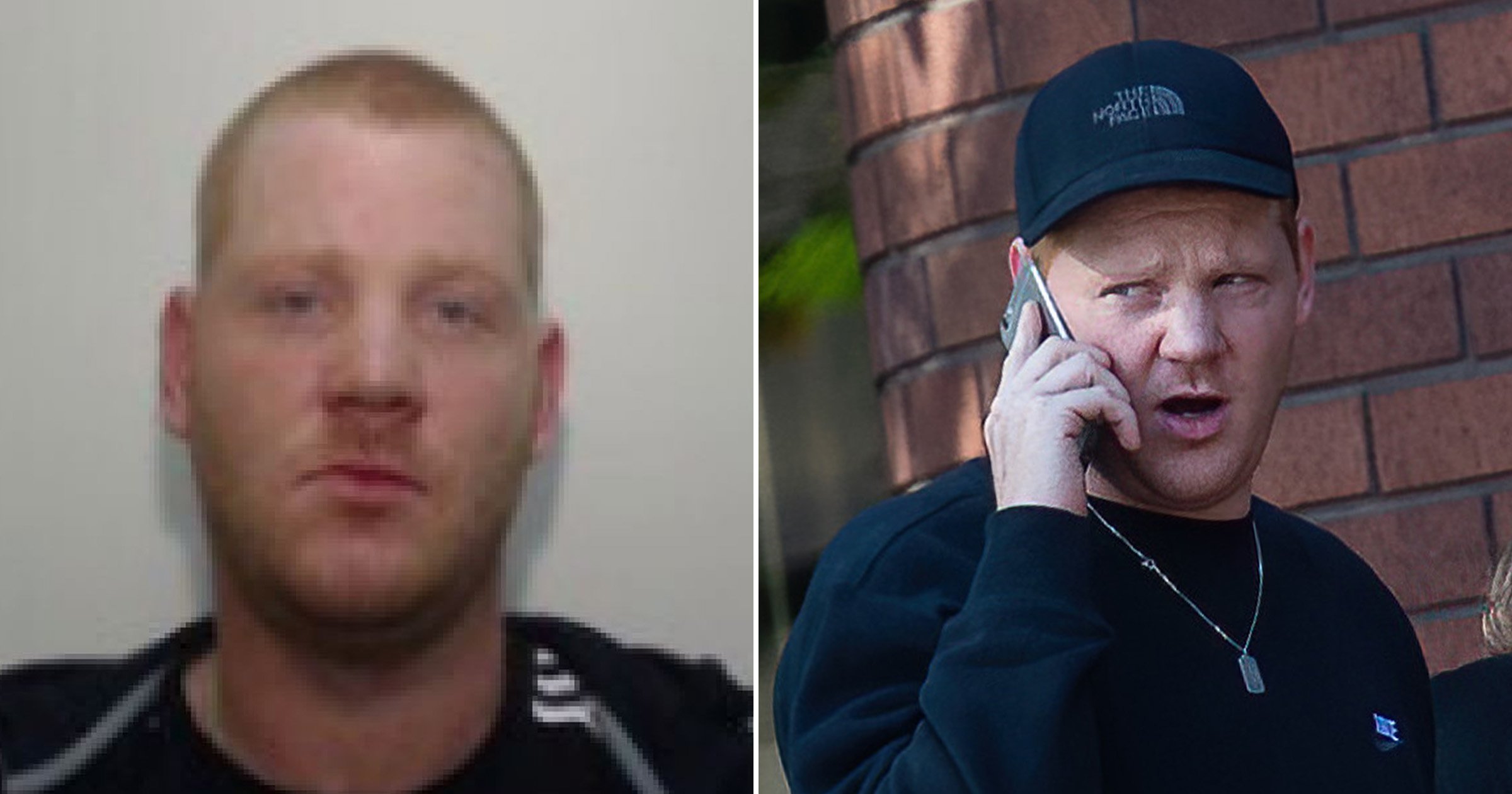 An angry Fiat driver rammed an Audi off the road and forced one of its passengers to dive down a flight of stairs for safety after wrongly accusing them of ‘disrespecting’ his orange Punto.

Brian Kendall, 28, had been waiting for his girlfriend at a petrol station in Heywood, near Rochdale, late on August 8, 2018, when he overheard the other driver say to a pal in a BMW: ‘My car’s faster than yours.’

Thinking the jibe was meant for him, the dad-of-two tore after the sportscars in his hatchback and pulled up alongside them at a set of traffic lights and demanding: ‘What the f**k were you saying you little s**t?’

He then mounted the pavement to block off the Audi’s escape before switching into reverse and speeding back at the vehicle, which was being driven by 22-year-old Harris Wolfenden, and ramming it three times causing £3,500 worth of damage.

Manchester Minshull Street Crown Court heard that Mr Wolfenden’s passenger, Lucas Le Monnier, got out of the Audi when he spotted Kendall taking off his seatbelt.

Duncan Wilcock, prosecuting, said Kendall ‘used the Fiat as a weapon’, adding: ‘The defendant then got back into his own vehicle and drove towards Lucas who stepped back to avoid being hit.

‘Lucas then saw the Fiat being driven on the wrong side of the road and was driven again towards Lucas who decided to run.

‘There was screeching of tyres and headlights coming towards him and he jumped down a stairwell to avoid being hit.

‘He ended up on his back and was a little dazed and injured his right knee. He saw the defendant ram Harris’s car.

‘Lucas later told police how he still feels shaken up by the incident and is now a nervous passenger.’

Mr Wilcock told the court Mr Wolfenden described feeling ‘so scared he drove through a red light in a bid to get away’.

Kendall, from Kirkholt, Rochdale, admitted dangerous driving, GBH and criminal damage and was jailed for 28 months.

The judge, Recorder Abigail Hudson, told him: ‘You had lost all control of yourself on this evening.

‘You thought a young lad had commented that his car was faster than yours.’

She added: ‘It is difficult to imagine more dangerous circumstances than ramming a vehicle and driving at a pedestrian.’

Kendall was also banned from driving for 26 months which will start when he is released.

Brits onboard coronavirus-hit cruise ship to be evacuated