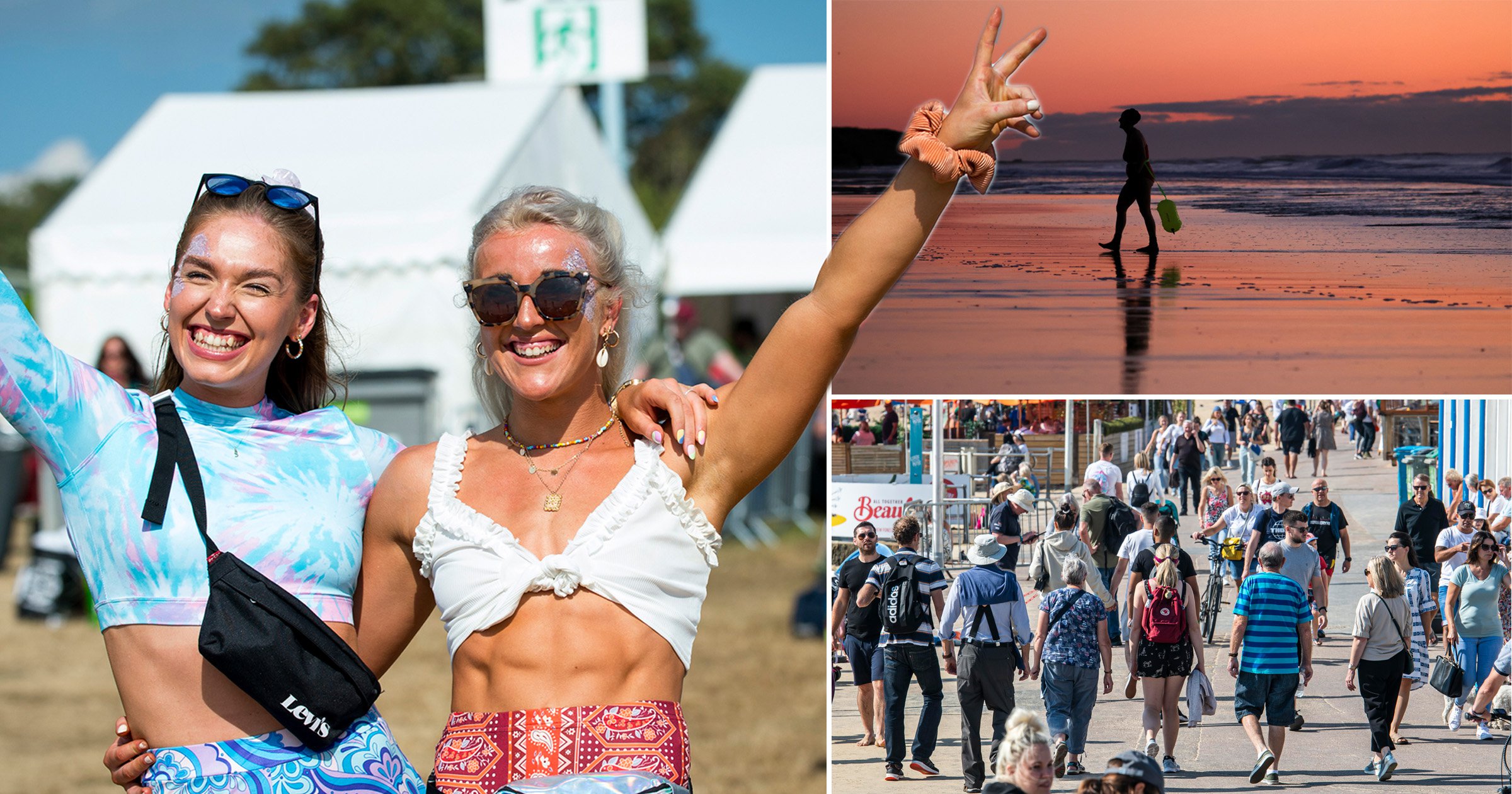 Britain can expect a last blast of summer in the early part of this week.

There may be some scattered showers across southeast England; and patchy rain spreading across some northwesterly areas, but Monday is expected to be largely warm with sunny spells.

Like on Monday, early morning fog should clear on Tuesday to make way for sunny spells for most.

It is the latest in a series of short spells of fine weather this month, after a largely miserable August.

Yet there will be outbreaks of rain reaching the far northwest accompanied by coastal gales.

And by Wednesday, a band of torrential rain is expected to dampen any late summer warmth in some parts of the country, as it pushes south east from Scotland and the north of England.

Most parts of the south will remain dry and brigh, though the north can expect strong wind, according to the Met Office.

Thursday will be increasingly unsettled, with showers affecting most parts of the country throughout the day.

Then on Friday, there will be more heavy rain and wind in the north, though it will be drier in the south with some sunny spells.

‘Forecast models show potentially very blustery and wet conditions on Thursday, in particular for the North and East, with another wet and windy episode at the weekend.’

Meanwhile, one flood alert is in place around the River Colne in Essex.

The Environment Agency says some minor flooding to low lying land, roads and riverside areas is likely throughout Monday due to high river levels from yesterday’s rain.

The areas most at risk are low lying land and riverside areas around Great Yeldham, Castle Hedingham, Sible Hedingham, Halstead, White Colne, Chappel, Fordstreet, and the Toppesfield Brook, and in Colchester between the A12 and East Street.

A separate flood warning for the River Burn, from Southgate and Waterden to Burnham Thorpe, is no longer in place.

Girl, six, critical after fireplace fell on her in rented property