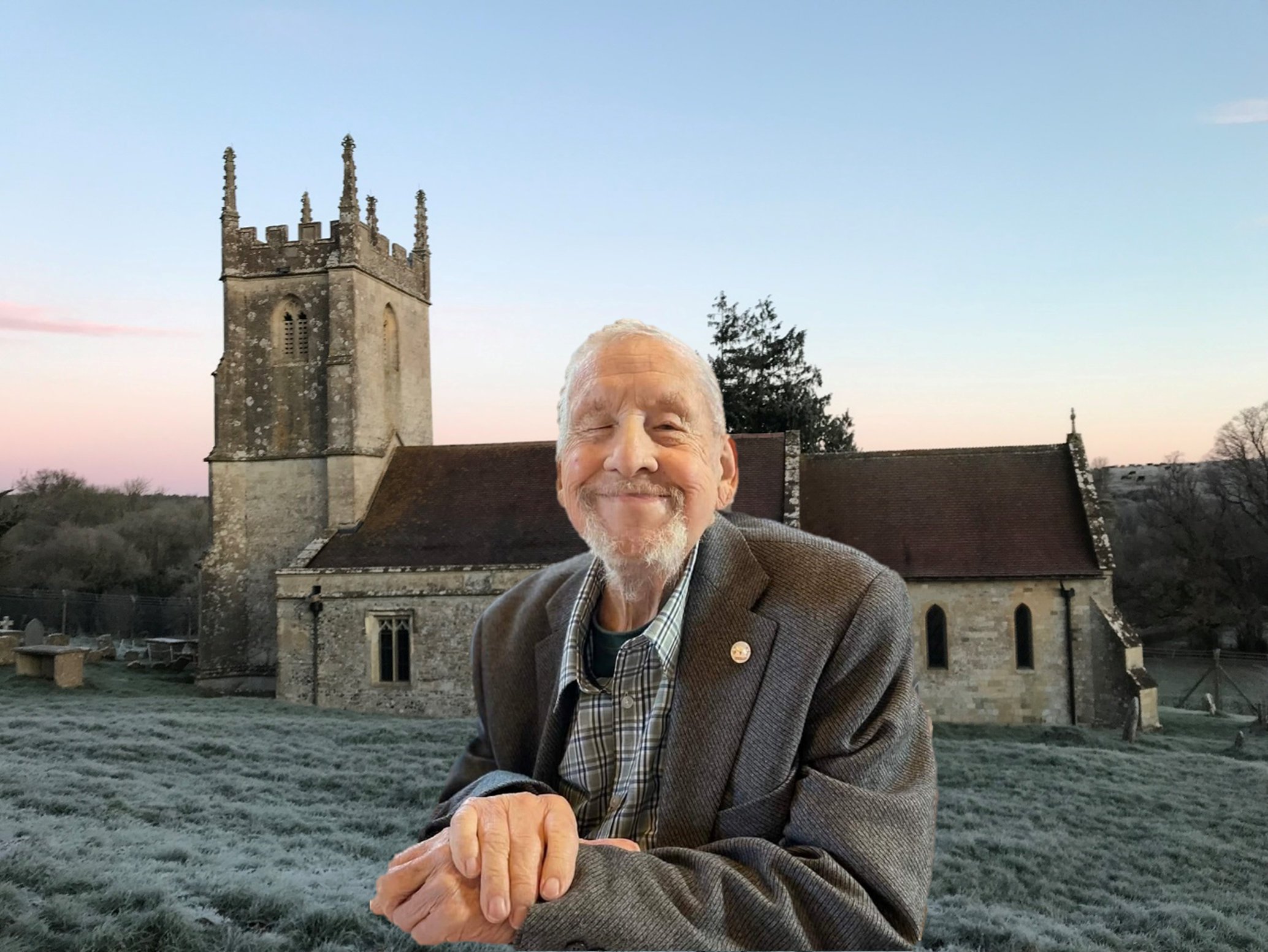 A ‘ghost village’ evacuated in December 1943 is to host its last ever funeral.

Imber in Wiltshire is nestled within the Salisbury Plain, with meandering roads leading out to West Lavington and towards Tilshead.

It was once a bustling, albeit small, community complete with a school, church and even pub.

But the entire civilian population was evicted in 1943 to allow for American troops to train during the Second World War.

After the war, villagers were not allowed to return to their homes.

In the years since, the site has been used by the Ministry of Defence for training purposes.

But come January 5, a packed coach will trundle up the winding road to Imber – accompanied by an army escort.

It will carry around 100 well-wishers from the nearby town of Devizes, who will gather to say their final goodbyes to Ray Nash.

Ray, a former mechanic for the Royal Electrical and Mechanical Engineers, left the village with his mum after his father Jim’s death in 1936.

He went on to visit the village every year that his son, Kelvin, can remember.

Kelvin told Metro.co.uk: ‘My dad will be buried next to his father Jim, it’s something he wanted for a long time.

‘Even though he left when he was young, he always had a connection to Imber.

‘We’d go back and meet relatives there – as a kid I remember I was more interested in exploring and looking at spent bullets. But next time I’m back, I’ll experience that emotional connection dad had.’

These days, Imber is only open to the public a few days a year. It is situated in the heart of the Army’s Salisbury Plain military training area.

To be buried there you need MoD permission and proof of living there.

While those visiting Imber today are met with the shells of former homes and echoes of the community that once was – a series of photos held by the Nash family give insight into what life might have been like.

One picture shows relatives on an annual visit to the ‘ghost village’, standing in the doorway of Ray’s mother’s home.

Today such a picture would be impossible to take, as the buildings are not accessible by the public on safety grounds.

Kelvin expects his dad will be one of, if not the last person to be buried in the village.

It’s unlikely any other residents are still alive eighty years after the evacuation.

Kelvin, a town councillor in Devizes, added: ‘The church in the village was the Church of St Giles, so every year on St Giles day, September 1, we would go and visit the church and village which would be open to the public.

‘My great uncle Albert was the village blacksmith and was evacuated from the village in 1943 – he died in 1944 of a broken heart according to his death certificate, so it was a difficult thing for the family.

‘Quite a lot of relatives would do similar things, but it was quite a small village. I think the last funeral was about ten years ago now, so as time has moved on he may be the last person to ever be buried there.

‘The nice thing is that since his death we have even re-discovered a third cousin of mine who contacted me to come to the funeral – she only lives five miles from the village.

‘The process of arranging the funeral was much easier than I imagined. There is a man who has volunteered for 17 years to look after the village who has connections with the MoD who sorted everything for us.

‘On the day we will have to be escorted by the army into the village, so we’re taking all the 100 or so funeral attendees by coach from Devizes.

‘I went over there a week ago to check his father’s grave, it was 7am and -6 degrees, but there was a completely clear sky and the sun was just coming up. It was really really tranquil, there was no other human within a five mile radius.

The funeral for Ray Nash will take place at St Giles Church, Imber, on Thursday January 5.

Britain’s SHAME: Fury at huge surge in number of pensioners living in poverty