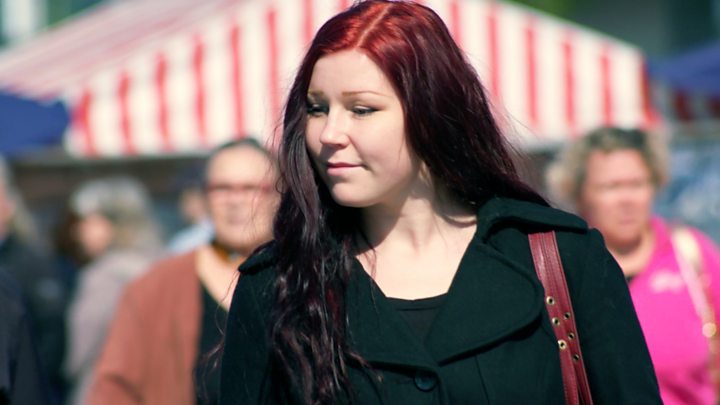 Giving jobless people in Finland a basic income for two years did not lead them to find work, researchers said.

The aim was to see if a guaranteed safety net would help people find jobs, and support them if they had to take insecure gig economy work.

While employment levels did not improve, participants said they felt happier and less stressed.

When it launched the pilot scheme back in 2017, Finland became the first European country to test out the idea of an unconditional basic income. It was run by the Social Insurance Institution (Kela), a Finnish government agency, and involved 2,000 randomly-selected people on unemployment benefits.

It immediately attracted international interest – but these results have now raised questions about the effectiveness of such schemes.

What is ‘basic income’ and how does it work?

Universal basic income, or UBI, means that everyone gets a set monthly income, regardless of means. The Finnish trial was a bit different, as it focused on people who were unemployed.

Another popular variation is ‘universal basic services’ – where instead of getting an income, things like education, healthcare and transport are free for all.

Although it’s enjoying a resurgence in popularity, the idea isn’t new. In fact, it was first described in Sir Thomas More’s Utopia, published in 1516 – a full 503 years ago.

Such schemes are being trialled all over the world. Adults in a village in western Kenya are being given $22 a month for 12 years, until 2028, while the Italian government is working on introducing a “citizens’ income”. The city of Utrecht, in the Netherlands, is also carrying out a basic income study called Weten Wat Werkt – “Know What Works” – until October.

What is the point?

Supporters of basic income often believe an unconditional safety net can help people out of poverty, by giving them the time to apply for jobs or learn essential new skills. This is seen as increasingly important in the age of automation – that is, put very simply, as robots take people’s jobs.

Miska Simanainen, one of the Kela researchers behind the Finnish study, tells BBC News that this was what their government had wanted to test, in order “to see if it would be a way of reforming the social security system”.

That depends what you mean by ‘work’.

Did it help unemployed people in Finland find jobs, as the centre-right Finnish government had hoped? No, not really.

Mr Simanainen says that while some individuals found work, they were no more likely to do so than a control group of people who weren’t given the money. They are still trying to work out exactly why this is, for the final report that will be published in 2020.

But for many people, the original goal of getting people into work was flawed to begin with. If instead the aim were to make people generally happier, the scheme would have been considered a triumph.

One participant, former newspaper editor Tuomas, pretty much summed this up when he told BBC News about how the basic income had affected him.

“I am still without a job,” he explained. “I can’t say that the basic income has changed a lot in my life. OK, psychologically yes, but financially – not so much.”

What are the downsides to basic income?

UBI is one of those rare issues that attracts equally strong support – and criticism – from all parts of the political spectrum.

For a lot of people on the left, UBI focuses too heavily on individuals’ personal wealth and buying power – or rather, their lack of it – without doing anything to stop companies wasting resources by producing far more stuff than people need, and over-working their employees in the process.

Economics writer Grace Blakely makes this point in the New Socialist, adding that “without fundamental structural reforms to our economic system, UBI will only be a sticking plaster papering over the cracks”.

Others worry that basic income will be used to cut costs, by setting the rate too low and slashing other, means-tested benefits.

Meanwhile, many on the political right and centre worry about the exact opposite – that UBI would be too expensive to implement, and would encourage a “something for nothing” culture.

Ulrich Spiesshofer, chief executive of ABB engineering company, echoed this sentiment in 2016 when he told the Financial Times that “economic rewards [for people] should be based on actually creating economic value”.

Researchers from Kela are now busy analysing all of their results, to figure out what else – if anything – they can tell us about basic income’s uses and shortcomings.

Mr Simanainen says that he doesn’t like to think of the trial as having “failed”.

From his point of view, “this is not a failure or success – it is a fact, and [gives us] new information that we did not have before this experiment”.

'It's been an honour': German Chancellor Angela Merkel bows out as party leader