A manhunt is under way for a van driver over the fatal stabbing of a food delivery rider in an apparent road rage attack in London.

Motorcyclist Takieddine Boudhane, 30, who worked for UberEats and Deliveroo, died at the scene in Finsbury Park following what police describe as a “traffic altercation” on Friday evening.

A white VW Caddy panel type van was found in Islington on Sunday and taken to a police compound where it will be forensically examined.

The killing of Mr Boudhane, an Algerian national who had been living in the UK for about three years, sparked the Metropolitan Police’s first murder investigation of the year. 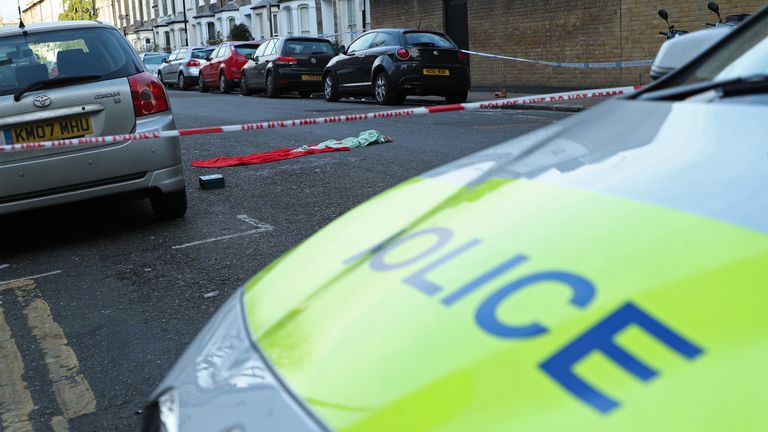 Detective Chief Inspector Neil John appealed for anyone who witnessed the altercation at the junction of Lennox Road and Charteris Road to come forward, including those with mobile phone footage.

“The driver and person believed responsible for this tragic matter is now the subject of a police manhunt,” he said.

“At this time I am unable to release any further information concerning the identity of the driver as this may hinder the ongoing police investigation.

“The incident itself appears to have been spontaneous and not connected to, or as a result of, anything other than a traffic altercation.” “People should not be carrying knives. A human life has been taken,” Mr Corbyn told reporters.

“There are a lot of people working as delivery drivers, they must have better conditions of employment and employers must take more responsibility for their safety too.”

Fellow delivery riders, who had gathered in nearby Stroud Green Road over the weekend, said Mr Boudhane had been a victim of a road rage attack.

Sourin Aydi said Mr Boudhane was his “best friend”, telling reporters: “I can’t believe it, I did not sleep last night. He was a wonderful man, funny with a great sense of humour and always laughing.

“If you have a bike then you are a target.”

No arrests have been made and inquiries continue, Scotland Yard said.