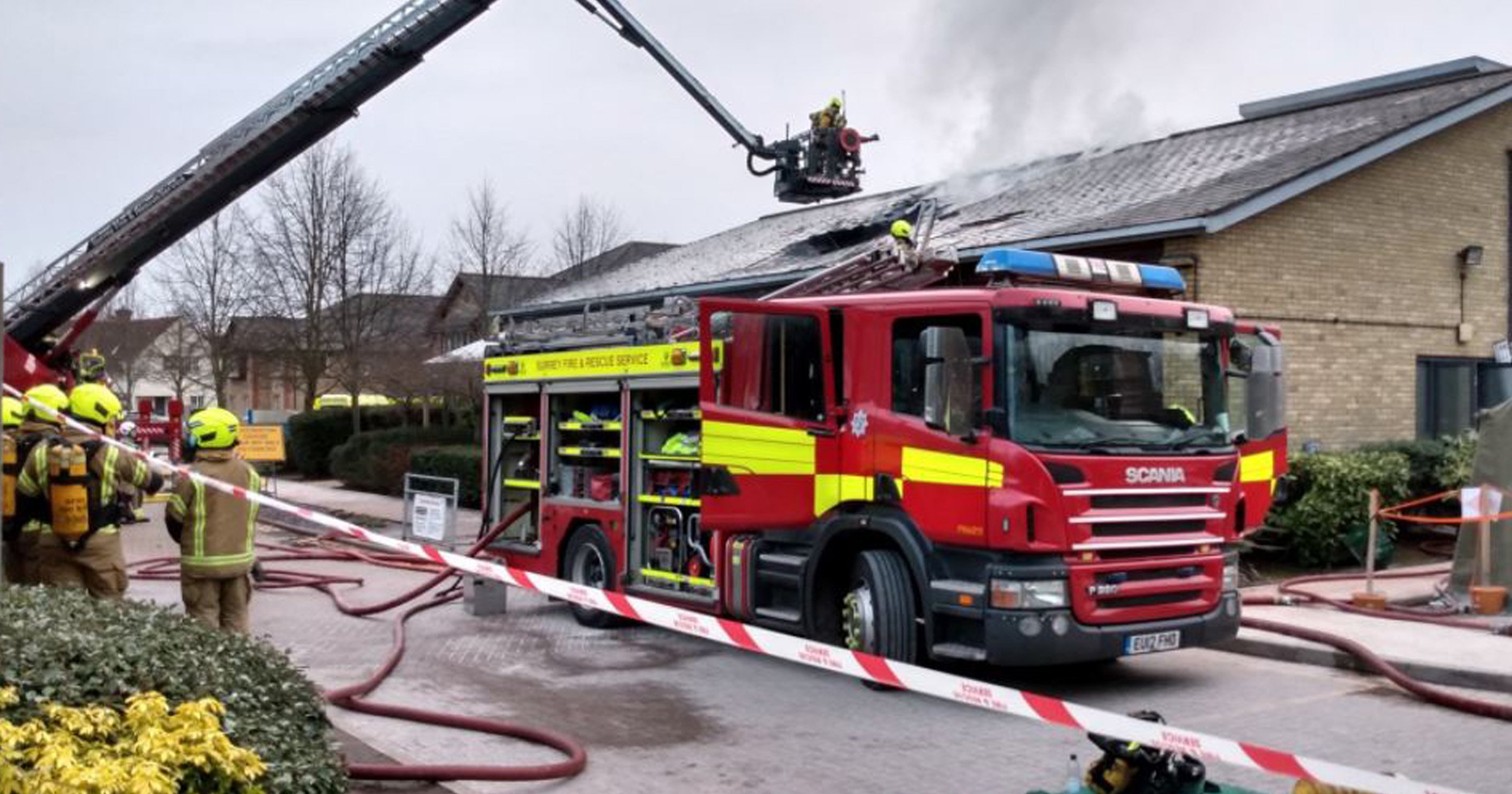 Firefighters are tackling a blaze which has broken out at a vaccination centre in Surrey.

People waiting for their Covid jabs were evacuated safety after the fire started at around 3.30pm on Saturday afternoon.

Six fire engines and an aerial ladder platform are in attendance at the Thames Ditton Emberbrook Community Health Centre.

Emergency services arrived in less than five minutes and say the blaze is now under control and contained to the roof.

A witness at the scene said the power went out and everyone began to smell burning.

They said everyone was evacuated safely and ‘the fridge full of vaccines was saved’.

On Twitter Surrey Fire and Rescue Service said: ‘Our first fire engine was in attendance in just over 4 minutes. Our emergency team are working with (Surrey Local Resilience Forum) regarding the impact on the vaccination hub.’

Images from the scene show flames in the roof of the health centre and huge plumes of smoke surrounding the building.

Several firefighters are at the scene.