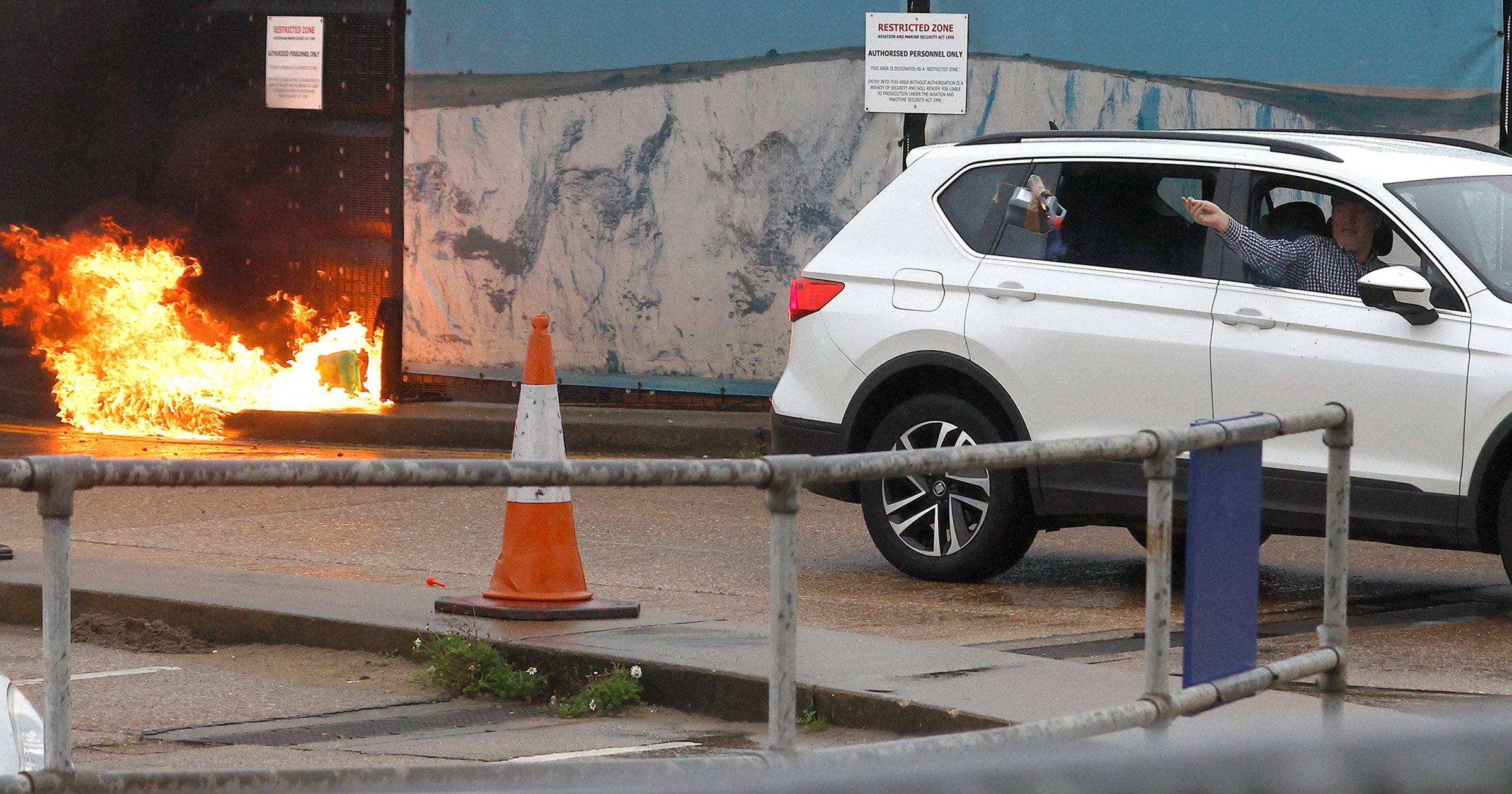 The man who threw petrol bombs at a Border Force migrant centre in Dover was driven by ‘terrorist ideology’, counter-terrorism police said today.

The suspect, named as 66-year-old Andrew Leak, is believed to have killed himself after lobbing ‘crude’ firebombs at the Western Jet Foil site last Sunday.

Mr Leak drove more than 100 miles from his Buckinghamshire home to throw two to three homemade incendiary devices out of his car window.

Counter Terrorism Policing South East (CTPSE) said: ‘A number of significant witnesses have been spoken to during the course of the investigation and a number of items of interest have been recovered, including digital media devices.

‘Evidence from examining these items suggests there was an extreme right-wing motivation behind the attack.’

Police said there is nothing to suggest Mr Leak plotted with anyone else or that there is a threat to the general public.

Kent Police found a ‘number of items of interest’ when officers searched his home.

Mr Leak’s social media saw him dwell on how much he ‘loves the world’ one day before tweeting, ‘it’s time to intern all radical Muslims’, the next.

He was an active follower of groups campaigning against migrants crossing the English channel, according to an archive of his social media posts compiled by the anti-fascist charity Hope Not Hate.

Following the ISIS attacks in Paris in 2015, he said in a Twitter video: ‘We’re an island and we’ve been attacked before.

‘It’s time to close the borders, sink all these boats, let’s sort out the strong from the weak.’

In his final tweet one hour before the attack, Mr Leak: ‘We will obliterate them Muslim children [they] are now our target.

‘And there [sic] disgusting women will be targeted mothers and sisters Is burn alive.’

‘She’s not committed a crime!’ Meghan defended over claim Duchess ‘spat in our face’