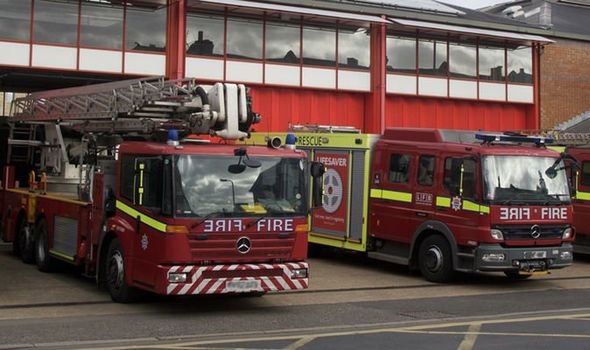 Paul Renforth was known to be “quite an angry individual” before the 2018 insult to station manager Simon Smith, an employment tribunal heard. Mr Smith complained to a superior that he also “messed about at roll call”, that it was the “final straw” and “enough is enough”.

Leading firefighter Renforth was summoned to a disciplinary hearing and handed a letter which said: “Invitation to meeting to discuss your potential dismissal.”

Now judge Neil Shastri-Hurst has ruled that Mr Renforth, who completed a 13-month tour of duty with the Army in Afghanistan, was unfairly dismissed.

The justice said bosses made an “early” decision to dismiss him from Luton Fire Station in 2019 and did not follow a reasonable process.

He also found that operations director Neil Thompson carried out a “flawed” investigation.

Mr Shastri-Hurst added the fire service “view was that it was for Mr Renforth to bear the burden as to why he should not be dismissed.

“[It] failed to explore all reasonable alternatives to dismissal.” He said bosses made their decision to sack him three months before doing it in May 2019, nearly a year after the “buffoon” incident.

Eid 2019: What does Eid Mubarak mean? How do you reply to Eid Mubarak?