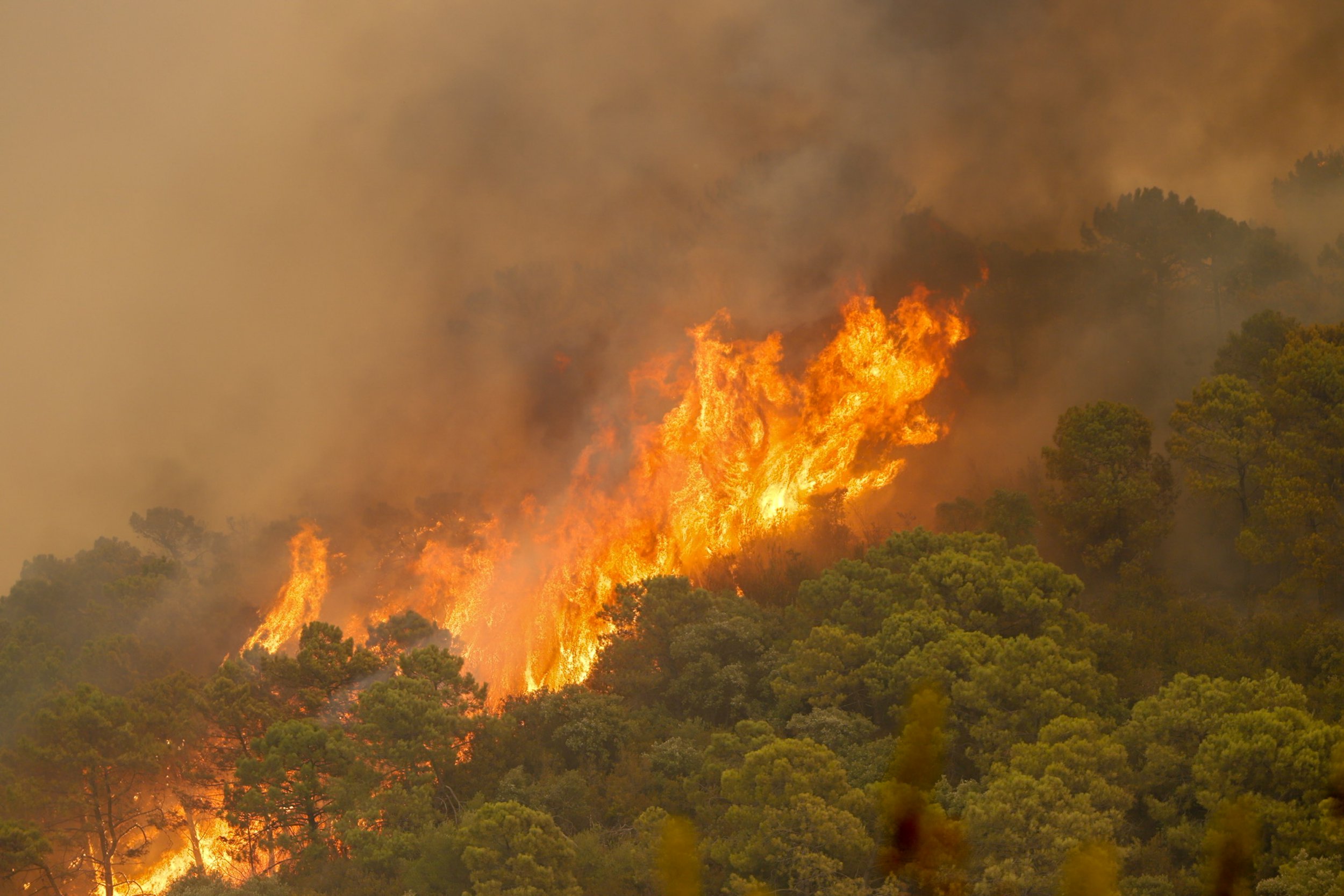 A devastating wildfire affecting mountains behind the popular Costa del Sol resort of Estepona has left a firefighter dead and forced more than 1,000 people to abandon their homes.

The 44-year-old emergency worker was killed on Thursday afternoon while battling the ‘out-of-control’ blaze alongside colleagues, officials confirmed.

Many local residents and holidaymakers staying nearby were told to evacuate their homes and accommodation, with a small number put up in a sports pavilion set up to house around 100 people.

Several Brits are among those known to have been told to leave the area. Local reports say a house and part of another building have been destroyed.

Strong westerly winds are continuing to hamper efforts to bring the fire, which is affecting four municipalities near the Costa del Sol beaches popular with British holidaymakers, under control.

The alarm was raised around 9.30am on Wednesday and six hours later level one of a regional emergency forest fire plan was activated in response to the threat to human life and property.

Major roads, including part of the AP-7 motorway running along the Costa del Sol, were closed as the operation to contain the wildfire swung into action.

Nearly 9,000 acres of land have already been consumed by flames, making the blaze the most devastating of the last decade in Malaga province.

Confirming the death of the firefighter, identified only by his first name and initials as Carlos MH, Andalucia’s Regional Minister of Agriculture Carmen Crespo said: ‘This man has died in an act of service for Andalucians.

‘We owe him everything.’

Spanish PM Pedro Sanchez described the firefighters’ dedication as ‘admirable’ in a tweet, saying: ‘A hug from my entire government to the family and colleagues of the fireman who has died today while he battled the Sierra Bermeja blaze.’

More than 400 professionals were deployed on Thursday in Sierra Bermeja to fight the fire.

Seven planes and helicopters were due to join them at first light this morning to assist them from overhead.

Satellite pictures showed a plume of black smoke drifting from the mountains down into the Mediterranean.

Tourists have been warned to stay out of the way of helicopters which may be flying low to gather water from the sea and reservoirs to tackle the fires.

At one critical point soon after the alarm was raised, the flames came within 150ft of a petrol station on the AP-7 motorway near Estepona.

The cause of the fire has yet to be confirmed, although well-placed sources are already pointing to possible arson.

Mrs Crespo, confirming it appeared to have started in two different places in the municipality of Genalguacil, said: ‘What’s very clear is that the circumstances behind it are very striking.’

A central government spokesman for Malaga, Javier Salas, added: ‘The fact the fire started in two different places makes you think it could be deliberate.’