The Fire Brigades Union is recommending members reject a 2 per cent pay offer.

Matt Wrack, the union’s general secretary said: “This is utterly inadequate and would deliver a further cut in real wages to firefighters in all roles in the midst of the cost-of-living crisis. 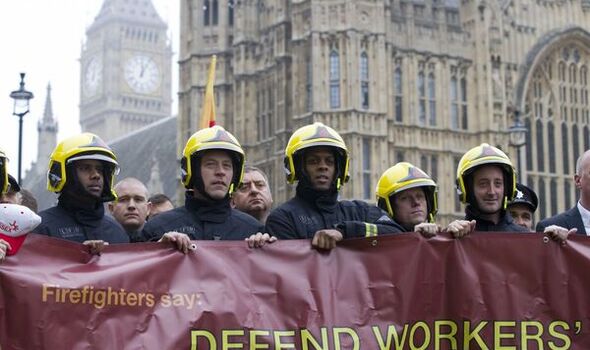 Mr Wrack insisted the union and its members “do not consider or take industrial action lightly or without ensuring that all efforts to resolve the issue have been exhausted.”

He said it would be writing to ministers or government departments responsible for fire and rescue services in England, Wales, Northern Ireland and Scotland to seek urgent additional funding to enable a “reasonable” pay offer to be made.

It came as 115,000 postal workers at Royal Mail began voting yesterday (Tuesday) on whether to strike.

The Communication Workers Union is demanding the firm negotiate a “straight, no-strings” pay increase for employees – rather what it says is a 2 per cent increase.

Workers across big chunks of the private and publc section are threatening to walk-outs over pay, and in some cases as conditions as well, in what could turn into a summer of discontent.

The recent rail strikes have spread to everywhere from British Airways to barristers – who staged a second day of action yesterday.

The Unite union yesterday announced it had secured an 18 per cent pay rise for Heathrow-based cabin crew employed by CAE Crewing Services on its contract for Scandinavian airline SAS Connect.

Sharon Graham, Unite general secretary, said: “This is a game-changing deal for our members.”

She went on: “It will see the reversal of the 10 per cent cut to their wages made during the pandemic and a substantial increase in their pay.

“I strongly advise other aviation employers, including British Airways, to take note.”

And following two 48-hour strike, the union also announced it had sealed an 8.5 per cent pay deal for sheet metal workers and platers employed by Darchem Engineering in Stockton-on-Tees.

The CWU will decide in the coming weeks whether to mount a campaign of industrial action. 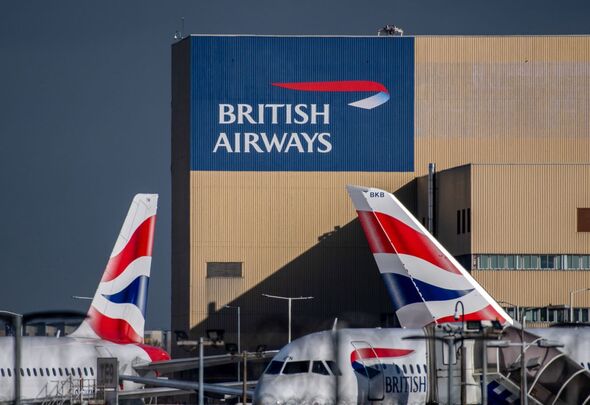 A Royal Mail spokesperson said: “We believe there are no grounds for industrial action.”

Meanwhile, Transport Secretary Grant Shapps has hit out at striking rail unions while announcing a £1billion investment in digital signalling.

He said that giving the go-ahead for the replacement of Victorian infrastructure on the East Coast Main Line (ECML) proves the Government is modernising the railways “despite the best efforts of unions.”

About 40,000 RMT members at Network Rail and 13 train operators went on strike last week in a dispute over jobs, pay and conditions.

Only a fifth of passenger trains were able to operate on the three strike days, with services also heavily reduced on the days after the walkouts.

Members of drivers’ union Aslef at Greater Anglia and the Croydon Tramlink walked out in separate pay rows in recent days.

Mr Shapps said new signalling will cut delays and lead to more frequent trains on the ECML, but “we just need to make sure the work practices follow from the steam age into the digital age.”

Rail staff are “happy to work with us” and have shown they are “prepared to adopt modernisation,” he claimed.

“Their union bosses are the ones who are stopping very obvious modernisations taking place.”

Mr Shapps cited the example of maintenance crews based at London Euston being unable to work at London King’s Cross – less than half a mile away – because the stations are classed as being in different regions of the rail network.

He said: “To the general public that will seem entirely bizarre. We’re building a railway fit for the 21st century.

“We’ve got to get out of these 20th century work practices in order that the whole thing works together and provides a much better service for the public.”

“While union bosses waste time touring television studios and standing on picket lines, I am busy getting on with the job at hand and modernising our railway.

“The world is changing and, despite the best efforts of unions, I am determined to help our railway change with it.”

One third of the UK’s population live within 20 minutes of a station on the EMCL, which runs from London King’s Cross to Edinburgh via locations such as Peterborough, Doncaster, York and Newcastle.

Outdated lineside infrastructure will be replaced with the European train control system (ETCS) on a 100-mile stretch of the line between London King’s Cross and Stoke Tunnel to the south of Grantham, Lincolnshire.

That section was chosen as its existing signals were due for renewal, and the new system is expected to begin operation in the early 2030s.

It allows trains to run closer together than conventional signalling.

David Horne, managing director at London North Eastern Railway, which operates long-distance trains on the line, said digital signalling will: “allow the full potential of our Azuma fleet technology to be realised.”