Home » Europe » Firefighters ‘£4,000 a year worse off’ amid years of stagnating wages 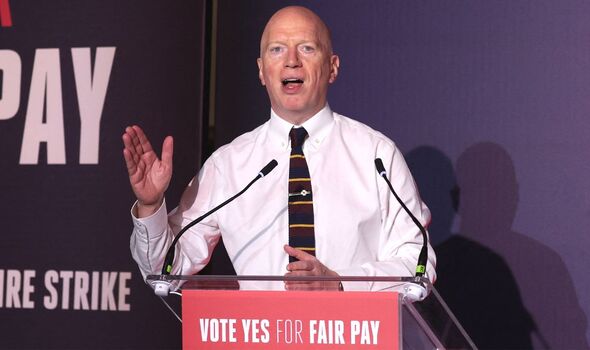 A ballot of Fire Brigades Union members has opposed a five percent pay rise, with 79 percent of members voting against the suggested pay increase. The union has since opened a ballot for industrial action, due to close on January 30, as they await an improved pay offer. The union’s general secretary Matt Wrack has explained frustrations among members have grown following years of below-inflation pay increases, meaning an average firefighter is now “£4,000 a year worse off”.

Speaking to Express.co.uk, Mr Wrack suggested one of the key motivations behind the ballot for strike action was “12 years of stagnating and falling wages”.

The FBU general secretary explained: “Most years for the past twelve, not every year, but most years we’ve been below the CPI rate of inflation, which means we’ve had pay cuts for most of those years.”

Mr Wrack added: “Competent firefighters, which is the biggest grade within the service, are about just under £4,000 a year worse off, compared with if their pay had kept pace with inflation.

“When you say that to people and people start imagining how they would be if they were £4,000 a year better off, that would have clearly a significant impact on people’s living standards.”

Mr Wrack indicated tensions surrounding pay had spiked in recent months as the cost of living crisis has stretched pay cheques, with inflation climbing to over 11 percent.

Under pressure from rising costs, members of the fire service have been forced to take drastic action to cover everyday necessities.

Mr Wrack told Express.co.uk: “Our members are quite proud and I don’t think they particularly open up about struggling.

Some members of the fire service claim to have turned to food banks as their wages fail to meet the demands of essential living costs.

Mr Wrack reported some senior members of the fire service had been approached by their colleagues to authorise food bank usage.

He explained: “I think some food banks require some sort of authorization process. We have had union officials that said they’ve been approached to sign off that they know the person and so on.”

He acknowledged it was a “minority” of workers who had accessed food banks, but maintained the revelation was “symptomatic” of falling living standards across the service.

Don’t miss:
Deal for nurses can heal rift before it is too late [COMMENT]
Warning airport strikes could ‘drag on for months’ [INSIGHT]
Sunak under pressure to start ‘serious’ talks with nurses [REPORT]

Reflecting on the five percent pay offer, the FBU general secretary described the proposal as a “kick in the teeth” for the fire service, especially after their gruelling effort as key workers throughout the coronavirus pandemic.

Mr Wrack said members of the fire service had been left feeling their profession was “massively undervalued, underrated and ignored”.

The FBU ballot on strike action will close on January 30. The union has not outlined a specific figure they would like to see offered to staff, but Mr Wrack highlighted the fire service remains open to further negotiations.

If approved, the industrial action will mark only the third time the FBU has launched a UK-wide strike in their 104-year history.

Read next:
Ambulance workers CALL OFF strike as nurses announce two new dates
Rail fares to rise even further as strike action continues
Britons set to splash the cash this Christmas after year of misery
Sunak blasted for ‘abdicating all responsibility’ of NHS strike action
Let’s clear out the jobsworths and reward the real NHS heroes

Britons back Queen after she BLOCKED Harry and Meghan’s Sussex Royal brand – ‘Checkmate!’

Coronavirus: Italy bans use of overhead lockers on flights

What do campus Covid outbreaks mean for students?