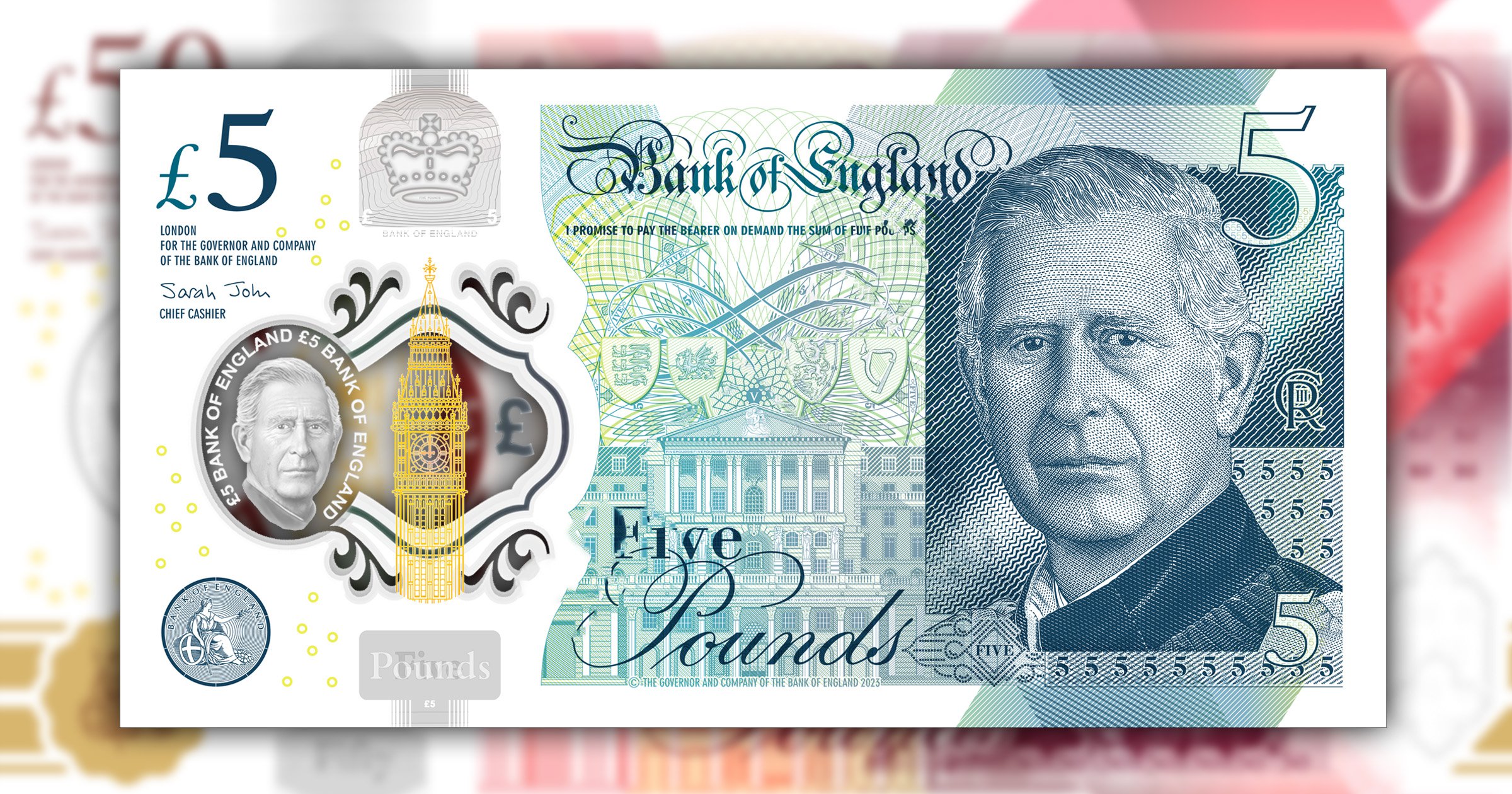 The Bank of England has unveiled the design for new banknotes featuring King Charles’ image.

There will be no changes to the famous Britons who sit on the reverse side, while Charles will also appear in the see-through security window.

All of the existing notes featuring the late Queen will remain legal tender, and can continue to be used as normal.

To minimise the environmental and financial impact, new notes will only be printed to replace worn out ones and to meet demand.

This comes after Post Offices began receiving millions of 50p coins with Charles’ image on them.

Some 4.9 million of them are expected to be handed out as change over the Christmas period when customers make purchases and post letters.

The reverse or ‘tails’ side of the coin recognises the life and legacy of Queen Elizabeth II with a design that originally appeared on the 1953 Coronation Crown.

BoE governor Andrew Bailey said: ‘I am very proud that the Bank is releasing the design of our new banknotes which will carry a portrait of King Charles III.

‘This is a significant moment, as The King is only the second monarch to feature on our banknotes.

‘People will be able to use these new notes as they start to enter circulation in 2024.’