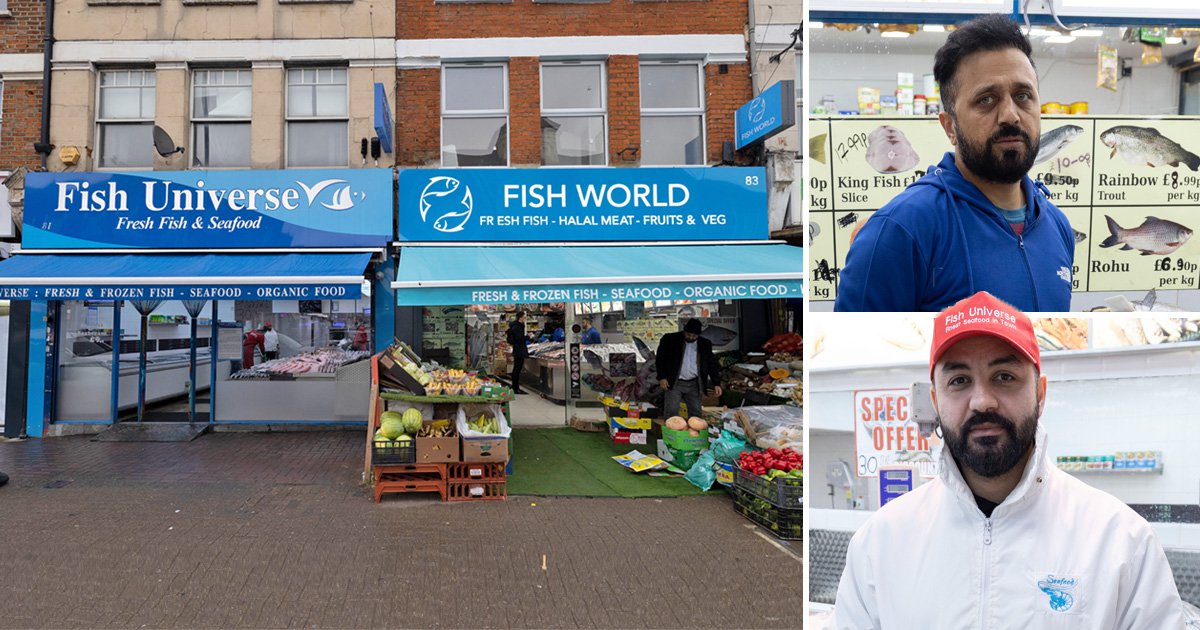 There’s a fishy case of ‘spot the difference’ in south west London and it’s causing problems for businesses and customers alike.

Fish Universe, in Tooting, has accused a neighbouring business of ‘copying’ its ‘style and design’ – a move it claims is confusing customers.

The business, which opened on Mitcham Road in 2014, has accused its new neighbour, Fish World, of ‘copying everything’, from the look of the shop to its staff uniforms.

In a bid to differentiate itself from its neighbour, Fish Universe has changed the colour of its staff uniforms from blue to red and placed a disclaimer in the window.

But Fish World bosses say they’ve done nothing wrong, adding that they sell different types of seafood to Fish Universe and selected blue uniforms to reflect the colour of water.

Rafa Kashefi, 34, the owner of Fish Universe, said the business, which also has branches in Croyden, Camden and Sutton, has worked hard to build a reputation.

He said: ‘We established the business in 2014 as Fish Universe and we built this business over 20 years in London.

‘We have our own logo, it’s blue, with blue uniform and a blue design in the shop outdoors and everything.’

Rafa added that things on the parade of shops changed ‘suddenly’ a month ago.

He said: ‘Next door was Meat Wize, like a month ago, then they suddenly changed into Fish Word by copying our style and design. So if you look at their sign outside, it says Fish World the same layout like us.

‘For the seven years we’ve had the blue Fish Universe uniform with the number on the back, they have a blue uniform, saying Fish World with the phone number.’

The business owner said Fish Universe had ‘worked really hard’ to bring customers to the area and build a loyal customer base but his new neighbours were ‘trying to confuse them’.

‘We have people coming all the way from Kingston, Clapham Junction, imagine all the fish shops they see on the way, they don’t go in, they come in here because we give them a good quality service. 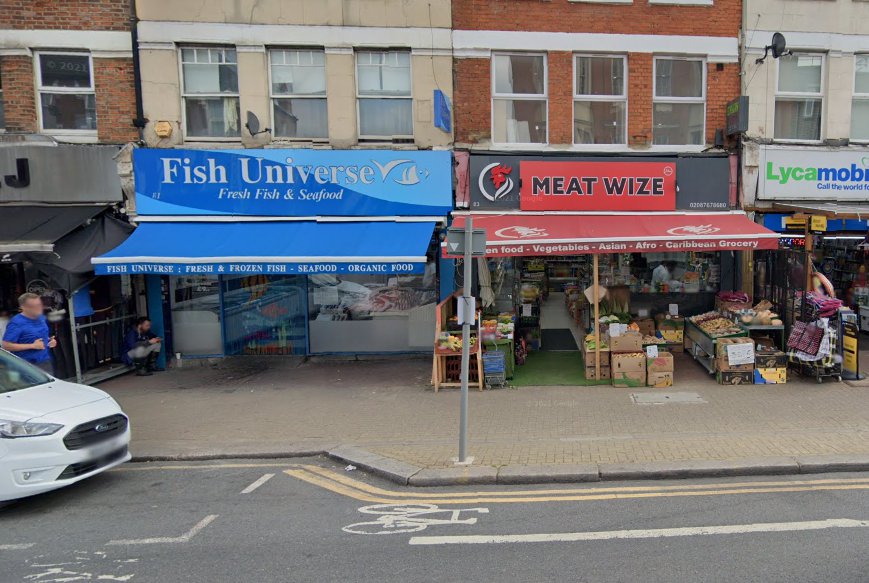 ‘I don’t mind competition, they could have opened a fish shop in the area some doors away, not copying our design, our style and not pretending they are us.

‘That’s fine, but when they are pretending they are us and they’re wearing the same uniform, they have the design of their shop the same as us, this is a bit annoying. We never faced such a thing.’

When approached for comment, Fish World declined to speak to Metro.co.uk.

But, a managing member of staff told MailOnline the business had done nothing wrong.

Shaqib Hakim, 48, who works at Fish World said: ‘We are a different company with a different landlord.

‘We have different suppliers and a lot of our fish is Jamaican and African because people want that. They do not do any of that.

‘Our layout is different and we are trying to do something new and different from them.

‘They think we are copying them but we are not. We are not doing anything illegal.

‘We are blue because the colour is associated with the sea, and most fish shops are blue or yellow. Universe and World are not the same thing.

‘I do not need to address them or “rebutt” anything they have said- everyone has their own businesses. Our layout is different and we have different suppliers too.

‘We are trying to get more business because there is lots of demand for what we are doing. We also sell meat and groceries as well which they don’t. We do not copy, our business is unique.’

Fish World has been invited to give further comment.