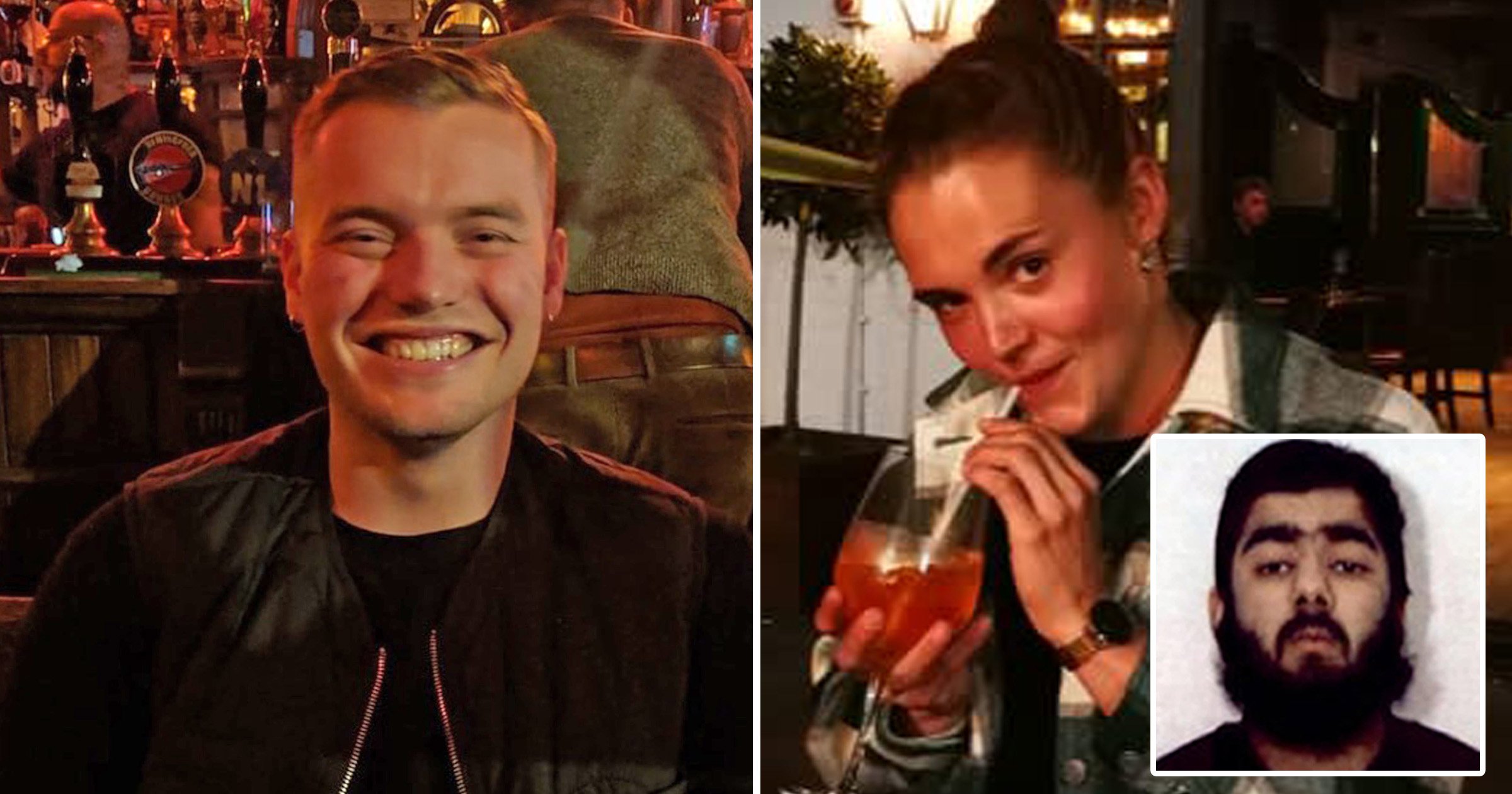 The victims of the Fishmongers’ Hall attack were killed unlawfully by a convicted terrorist after a string of failures by authorities, an inquest jury has concluded.

Cambridge graduates Jack Merritt, 25, and Saskia Jones, 23, were fatally stabbed by Usman Khan at a Learning Together offender education alumni event on November 29, 2019.

Khan, 28, who wore a fake bomb vest, was tackled by delegates armed with a narwhal tusk and a fire extinguisher, and driven out on to London Bridge where he was shot dead by police.

An inquest at the Guildhall in London heard that Khan had been released from prison 11 months earlier under strict licence conditions and was under investigation by counter-terrorism police and MI5.

But the ‘manipulative and duplicitous’ terrorist hid his murderous intent from those tasked with keeping the public safe, the hearing was told.

The jury found the victims had been ‘unlawfully killed’ and confirmed basic facts surrounding their deaths.

They criticised agencies involved in the management of Khan, saying there was ‘unacceptable management, a lack of accountability and deficiencies in management by Mappa (multi-agency public protection arrangements)’.

Those involved with Khan had been blinded by his ‘poster-boy image’ for the Learning Together programme, they said, adding that there had been ‘missed opportunities for those with expertise and experience to give guidance’ in his management.

The jury criticised the planning for the Learning Together event at Fishmongers’ Hall, saying there had been a ‘lack of communication and accountability’.

They also said there had been ‘inadequate consideration of key guidance between parties, serious deficiencies in management of Khan by Mappa’.

The jury further noted that there had been a ‘failure to complete event-specific risk assessment by any party’.

The forewoman read a short statement on behalf of the jury addressing the victims’ families.

She said: ‘The jury would like to send their heartfelt condolences to the families of Saskia and Jack, and to all who love and miss these two wonderful young people.

‘They clearly touched the lives of so many, ours included.

‘We wanted to convey to the families how seriously we have taken our collective responsibility. How important this is to us, how much their children matter.’

She continued: ‘We also wanted to take this opportunity to thank the astonishing individuals who put themselves in real danger to help, and our incredible emergency services for their response both that day and every day.

‘Once again to the families, we are so incredibly sorry.

Cafes with gardens could be open in time for summer