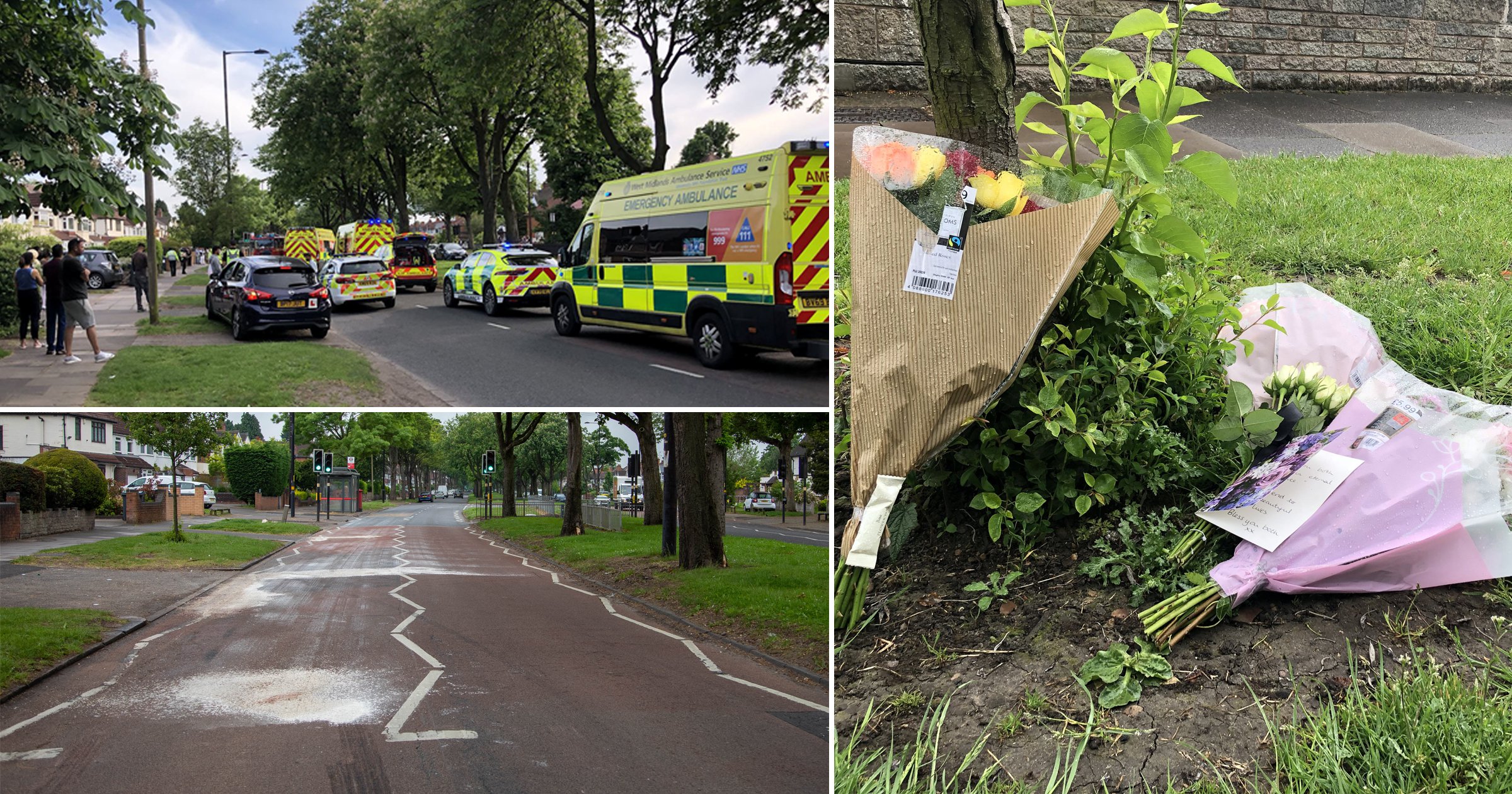 A motorbiking mum and dad killed in a suspected hit-and-run crash have left behind five daughters.

Mohammed Shahdab, 40, and his wife Sheikela Razaq, 39, who was riding on the back of the bike, were killed instantly in the crash after being hit by a blue car on Saturday.

The stretch of road where they died in Acocks Green, Birmingham has been branded a ‘death trap’ by locals.

A 47-year-old man has been arrested and is being questioned by police.

Mohammed, an IT specialist at a school for special needs, and Sheikela leave behind five girls, named locally as Aliyah, 17, Meme, 16, Mariah, 13, Aisha, 11 and Zhara, five.

Sheikela’s sister, Anisha, is understood to have travelled from Glasgow to be at the family home in Solihull.

Shocked witnesses to the crash told of how locals and paramedics tried to save the couple, but they died at the scene.

‘There were two people lying on the floor on the other side of the road and bleeding heavily.

‘The bike was ahead of them facing down the road. The car wasn’t there so must’ve driven off.

‘Lots of people were already with them and we checked for a pulse but there was nothing there.

‘I think the man was already dead, he was bleeding so heavily, but the paramedics kept trying to revive the woman.

‘It was quite traumatic hearing the collision and going over to see them dying.

‘We assumed there was a crash because they happen a lot around here but this is the first time someone has died.

‘I didn’t know them but a guy was there who knew the man and he was calling him Mohammed Shadab.’

One woman, who has not been named, said the crash was captured on CCTV.

‘I saw the biker couple lying on the road after the crash then my neighbour showed me their CCTV,’ she said.

‘You can see the Saab speed past the bike to overtake and then the bike loses control after it’s passed by.

Another local said: ‘I’ve lost count [of] how many crashes I’ve seen here. It’s such a dangerous road.’

Grandfather-of-two Andrew Gott, 75, said: ‘We didn’t notice until about 10 minutes after it happened when about four ambulances and several police cars had arrived.

‘We saw the first person lying on the road in front of our house, the second person was about 10ft in front and the bike was another five feet down the road but facing backwards.

‘I think the first person, the man, died immediately, but the paramedics, were working to save the woman for about an hour.

‘From what I’ve heard they were husband and wife. If that’s the case then that is horrendous.

‘I think there may have been some road rage involved, maybe the Saab was cut up at the roundabout and that was the aggravation.

‘This road is horrendous and there have been five crashes since Christmas which is ridiculous, the council needs to do something.’

Writing on a Facebook group page, one person said: ‘It is with great sadness that we announce the passing away of Brother Mohammed Shadab and his beloved wife.

‘They were both victims of a road traffic accident on Fox Hollies Road, Acocks Green.

‘They leave behind five young children.’