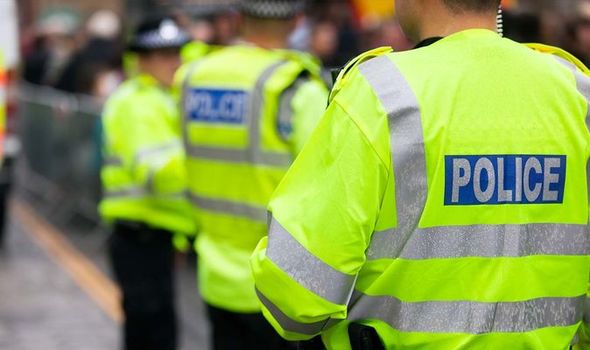 The Independent Office for Police Conduct (IOPC) said two from the Met plus one each from Sussex, Dorset and the Avon and Somerset forces face misconduct hearings.

IOPC regional director Sal Naseem said: “The allegations involved in these two investigations, if proven, have the capacity to further undermine public confidence in policing.”

He added that “policing standards and culture have never been more firmly in the spotlight”.

A Met constable on probation, part of a cordon in the search for Sarah, 33, was investigated for claims they used WhatsApp “to share with colleagues an inappropriate graphic, depicting violence against women”.

The IOPC said: “The image was highly offensive and the officer now has a case to answer for misconduct for potentially breaching standards of professional behaviour.”

Another PC on probation with a case to answer for “allegedly sharing the graphic and failing to challenge it” will also face a misconduct meeting.

The watchdog found there was no case to answer for a third Met officer but they will “undergo reflective practice” as “while they thought the graphic was inappropriate, rather than reporting it the image was forwarded to two people seeking their advice on how to deal with the situation”.

The IOPC also investigated claims that seven officers breached standards by using encrypted messaging app Signal to share details of Couzens’ case. One, on secondment from Dorset, faces a gross misconduct hearing for posting details of Couzens’ interview under caution, months before that could be made public.

The IOPC said: “We looked at whether the messages, had they got into the public domain, would have brought discredit on the police service and potentially interfered with the course of justice.

“We also considered whether there was a legitimate policing purpose.”

Officers from other forces joined in the exchange and, as a result, an officer from Avon and Somerset will face a misconduct meeting.

Another, on secondment from Sussex, will undergo “reflective practice review”. Misconduct was not proven. A probe continues into five officers and one ex-officer over claims they sent “discriminatory messages”.

The IOPC is still looking into how Kent Police and the Met handled earlier allegations of indecent exposure linked to Couzens.

Covid milestone: Third wave could be ‘much less significant’ as UK levels close to ‘bottom