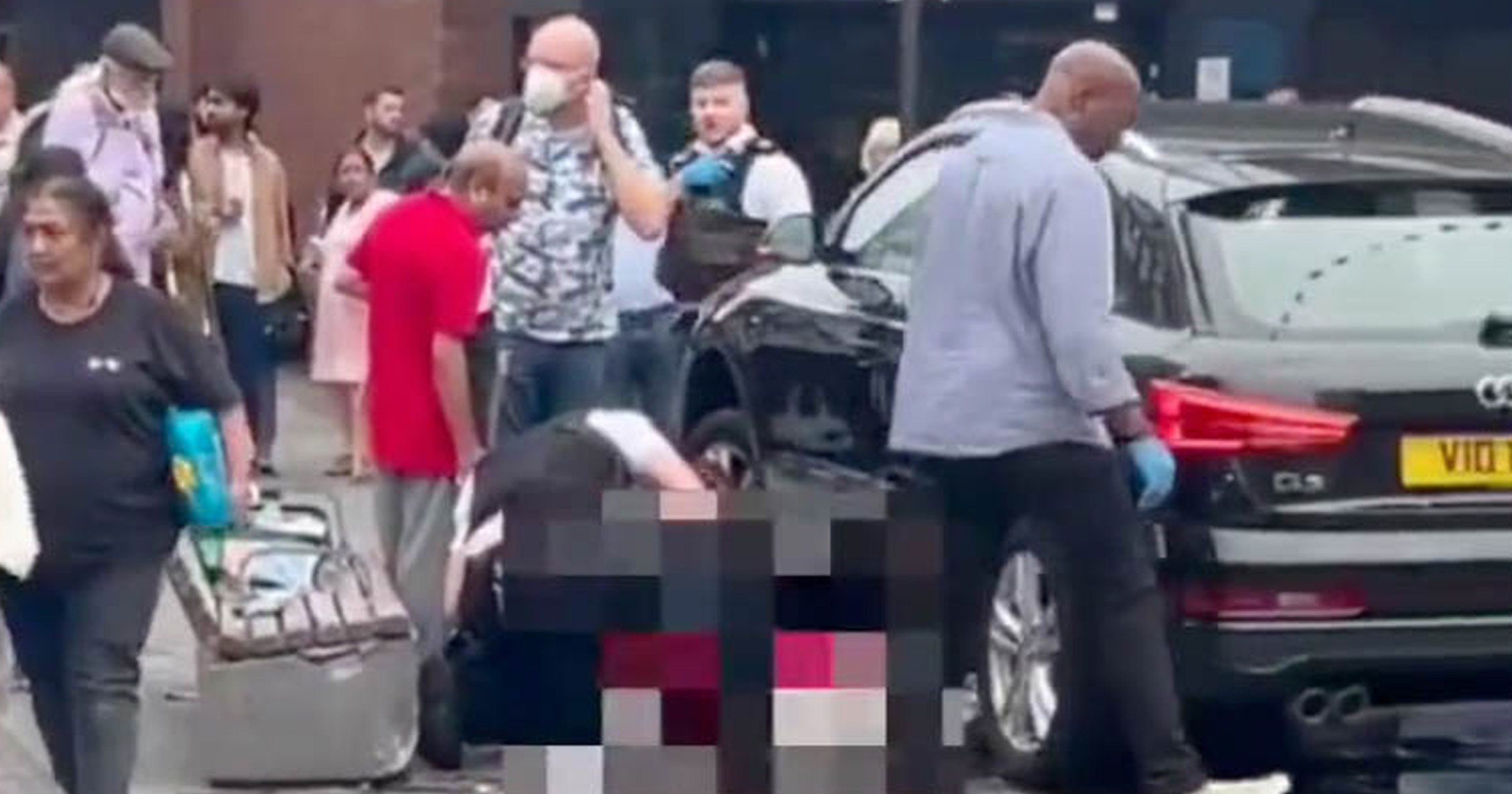 Five people have been injured after a car mounted the pavement and crashed in north London.

Emergency services were called to the scene in St Ann’s Road, Harrow, at 6.10pm this evening after police received reports of a car being ‘involved in a collision with a group of pedestrians’.

The Metropolitan Police said detectives are on the scene with members of London Ambulance Service and the air ambulance.

A spokesperson for the Met said: ‘It is understood that five people have sustained injuries and have been treated by emergency workers.

‘At this early stage their injuries are not believed to be life-threatening or life-changing.’

The driver of the car, believed to be in his 60s, has been detained by police.

Officers are investigating the circumstances.

The incident is not being treated as terror-related, the force added.

Boris Johnson saved Christmas with ‘one good decision’ on Covid ‘Better than Europe!’