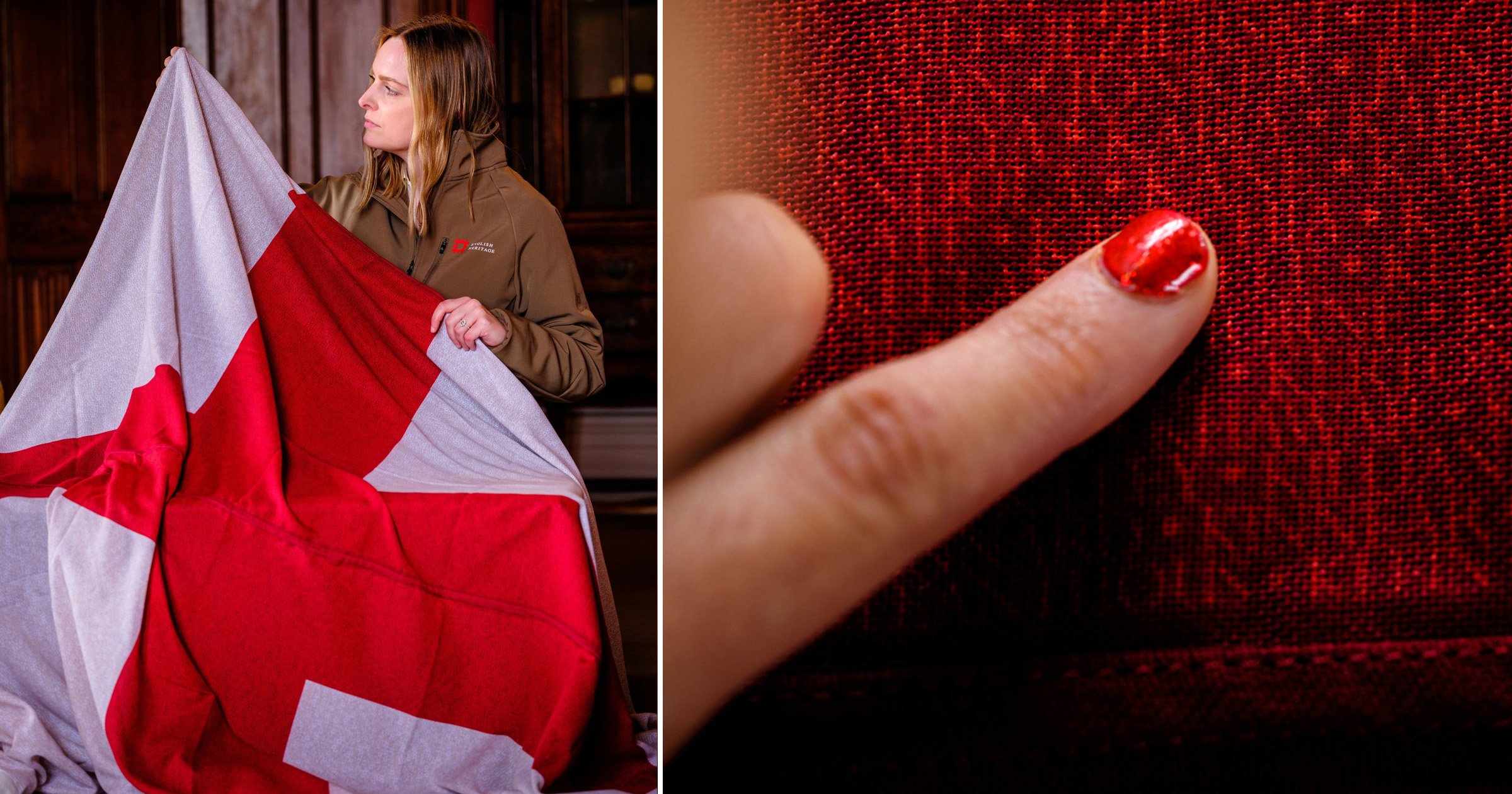 A specially designed St George’s Flag featuring the surnames of almost everybody in England has been designed ahead of the Euros final.

The flag is flying over English Heritage’s historic properties in a show of support for the national team.

More than 32,000 surnames from countless backgrounds are rendered in tiny letters on the flag.

The surnames – from Aamir to Zyla – are arranged alphabetically and capture those with more than 100 occurrences in the country.

The flag can also be explored and searched at a newly created website which also gives some demographic and historic information about each name.

The collection shows that Harry Kane’s family name is most common in Newcastle and means ‘warrior’, while Kieran Trippier’s means ‘to dance’ and is most popular in Bolton.

Harry Maguire’s surname is found most in Liverpool and comes from the Irish language Mag Uidhir, which means ‘son of Odha’ or ‘son of the dun or pale coloured one’.

Manager Gareth Southgate’s surname is likely to have emerged from one of two places in Norfolk called Southgate, or from Southgate in Edmonton, according to English Heritage.

The flag is the brainchild of Professor John Denham, director of the Centre for English Identity and Politics at the University of Southampton.

He said: ‘At a time when the telling of history can spark controversy, this flag symbolises an essential truth: England and its people have been shaped by our shared histories and England’s future story on and off the pitch will be told by all the people who are making their lives here today.’

Members of the public can submit their own surnames for inclusion in the flag if they are rare.

Matt Thompson, English Heritage’s head collections curator, said: ‘The surnames on our England flag connect the country’s past, present and future and we hope that our flag will remind people that everyone living here today – including the Kanes and Sterlings – will shape the England of the future.

‘Hopefully, that immediate future will be one in which England have won the Euros.’

You can search the flag for yourself at English Heritage’s website.

Card shop owners 'would rather go to prison than close' after £20,000 fine