Rescuers searching for missing person as dozens are evacuated after storms devastate central island of Evia. 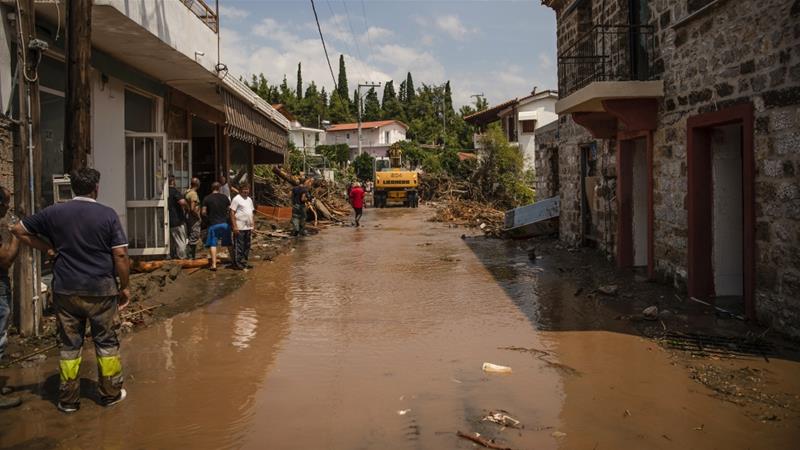 Heavy rains and thunderstorms have caused flash flooding on the central Greek island of Evia, killing at least seven people including a baby.

Rescuers were still searching for one missing person. A woman previously reported as missing was found alive and well, the civilian protection agency said.

In Bourtzi, restaurant terraces, a children’s playground, some parking lots and parts of the narrow coastal road were swept away by the torrential rains and mudslides. 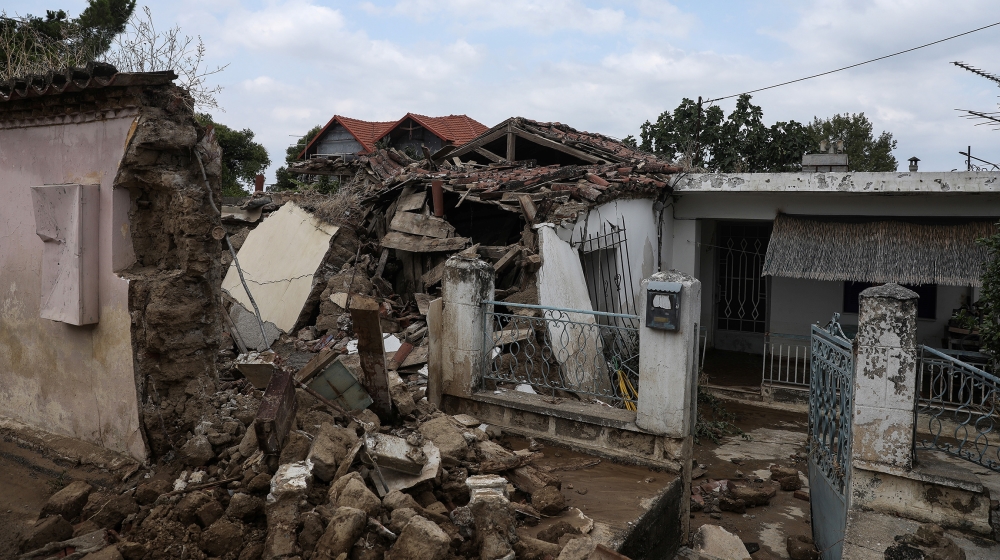 The fire department received hundreds of calls to pump water from homes and vehicles submerged in mud.

Dozens were evacuated and 43 people were rescued by helicopter as roads flooded an area where a river had burst its banks. Transport was widely disrupted.

Thousands of Greeks spend their summer holidays in the area.

“Numerous beaches have been washed away,” one resident from the town of Vasiloko told Skai, a Greek television station. The water also washed several cars into the sea.

“We are faced with phenomena that we haven’t experienced before,” Deputy Civil Protection Minister Nikos Hardalias, who visited the area, told reporters, adding that climate change is making it harder to predict their intensity.

Authorities had expected 63mm of rain to fall within 24 hours, but the latest confirmed measurement showed 350mm of rain, he said.

Climate change is expected to intensify weather events in Greece where summers are usually dry, experts have said. Thunderstorms are rare but they have become more frequent in recent years.