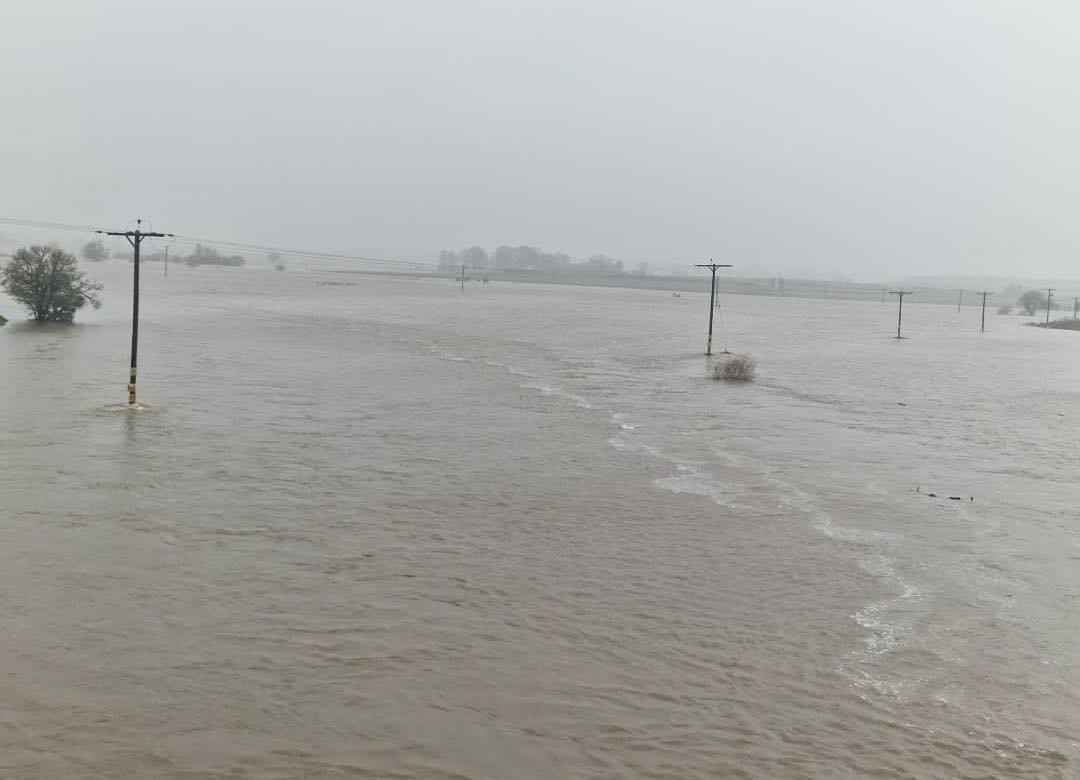 A search is under way over fears a person has been swept away by a swollen river.

Police are at the River Don in Aberdeenshire after they received a report of a ‘person in the water’.

Parts of Scotland and the North East of England have been battered by heavy rain and strong winds throughout the day.

Shelters have been opened in some parts of Aberdeenshire after flood warnings were escalated to severe.

Aberdeenshire Council warned that river levels won’t peak until later and sandbags have been distributed around the region to protect homes.

A spokesperson for Aberdeen Coastguard told AberdeenLive that a ‘police lead’ search was ongoing in the area.

A Police Scotland spokesperson said: ‘Emergency services are currently in attendance at the River Don, near Monymusk, following a report of concern for a person in the water, which was received around 3.05pm on Friday, 18 November, 2022.’

Power cuts are affecting Inverurie, Kintore, Stonehaven, Portlethen and Hatton of Fintray among other locations, with reports of broadband internet being down.

The Met Office has said 140 millimetres of rain had fallen in the town of Charr, Aberdeenshire, overnight.

‘We have seen almost a month’s worth of rain in some parts already this week and we are expecting around the same again over the course of Friday and Saturday in parts of north east Scotland.

‘The highest risk is to riverside communities in parts of Aberdeenshire and Angus, with Severe Flood Warnings already issued.’

He urged members of the public to ‘take extra care’ if they are out and about and not to attempt to walk or drive through flood water.