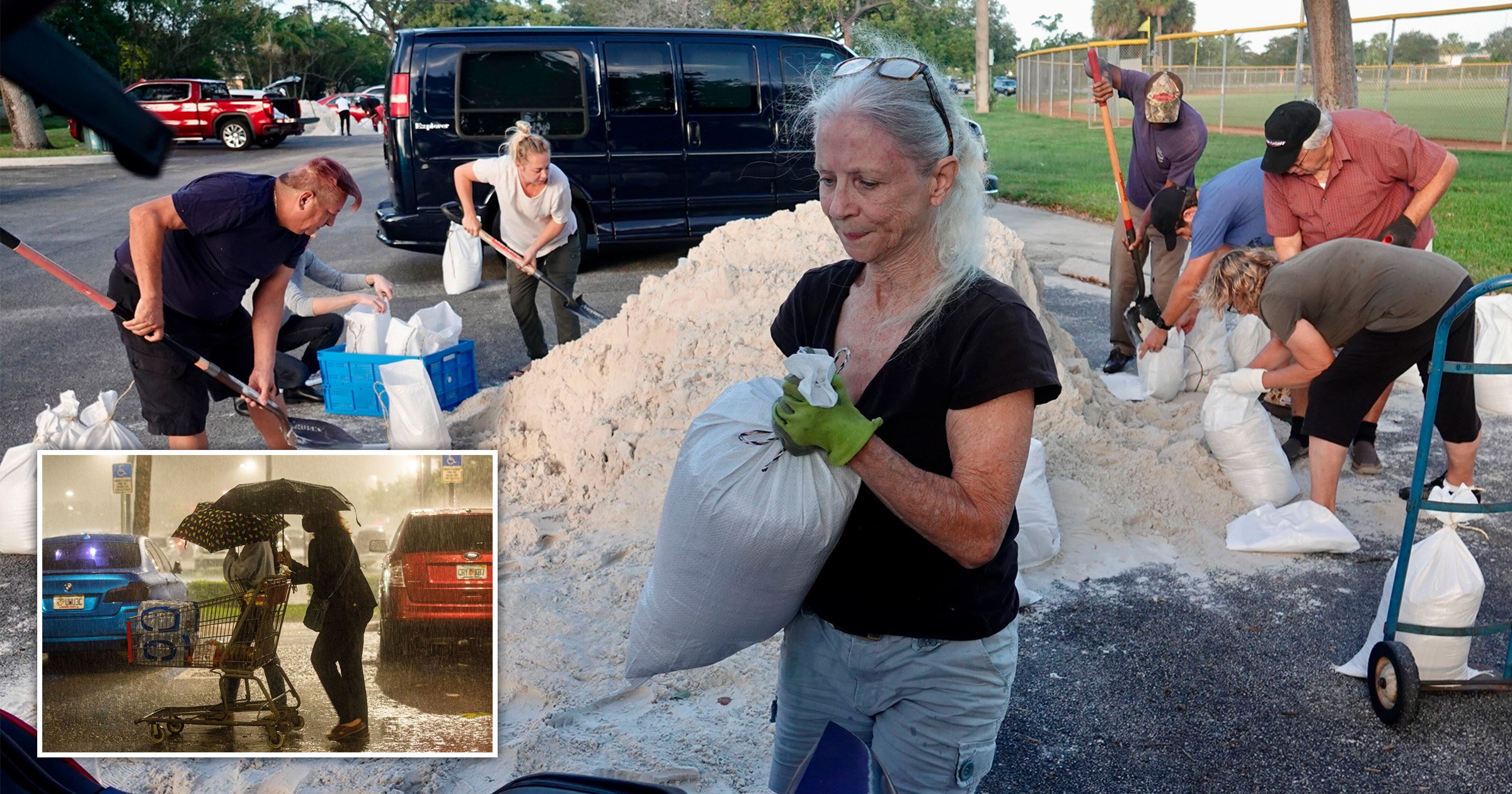 Just over a month after Hurricane Ian devastated Florida’s gulf coast, another storm is poised to strike the state’s Atlantic seaboard on Wednesday.

The National Hurricane Center (NHC) placed about 18million people in Florida and Georgia under a hurricane warning as Subtropical Storm Nicole approaches the continental United States.

By Tuesday afternoon, the storm was situated about 385 miles northwest of the Bahamas. It is currently traveling west about 8mph and expected to make landfall in the northern Bahamas by Wednesday.

Nicole is currently sustaining winds of about 50mph. Storms become classified as hurricanes when they sustain wind speeds of 74mph or higher. Nicole is expected to become a hurricane by the time it reaches Florida, the NHC announced on Tuesday.

Storm surges of up to five feet are expected from Broward County through Savannah, Georgia, the agency said. Other areas, including the cities of Miami and Tampa, could also see smaller surges.

The NHC also said ‘large and damaging waves’ are expected to accompany the storm surges. Additionally, heavy rainfall and urban flooding are expected across the entire peninsula.

On Monday, Florida Governor Ron DeSantis issued a state of emergency for 34 counties in the state ‘in an abundance of caution.’

‘While this storm does not, at this time, appear that it will become much stronger, I urge all Floridians to be prepared and to listen to announcements from local emergency management officials,’ DeSantis stated on Monday. ‘We will continue to monitor the trajectory and strength of this storm as it moves towards Florida.’

The state government has asked citizens to make plans, keep their gas tanks at least half full, and be prepared if they live in an evacuation zone.

Subtropical Storm Nicole began its life as Identified System 98L around 9am on Sunday. By Monday, meteorologists named the storm as it began moving southwest towards the Bahamas.

PMQs LIVE: Starmer risks being BARRED from Commons as he eyes rule-breaking move