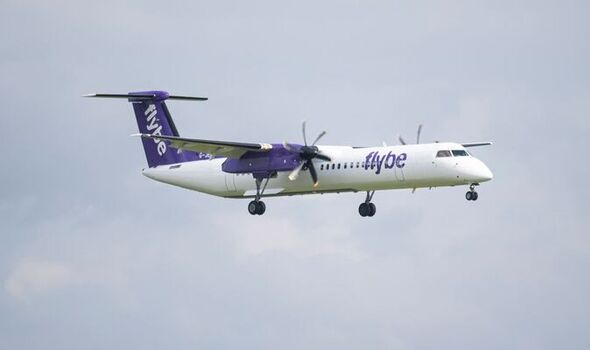 The plane, operated by Swift Air, returned to its departure airport after transmitting an emergency squawk 7700 code. It is not yet clear why the plane returned to Birmingham Airport. A spokesperson for Glasgow Airport – the aircraft’s destination airport – said it was aware a plane had not completed its journey.  The automated online systems sprang into life at 6.56 pm after a 7700 code signal indicated a general emergency.

The signal was first received over Otherton in Penkridge, Stafford, before the aircraft suddenly turned around.

The arrivals board at Glasgow Airport stated the plane was due to arrive at 7.25pm, but the expected arrival time was changed to 9pm.

The Planefinder website currently reads: “The flight you’re trying to view has landed or is out of range of our tracking network.”

A spokesperson for Glasgow Airport said: “We’re aware an aircraft departed from Birmingham and then returned.

“You would need to speak to the operator to find out why.”

An emergency 7700 squawk code is aimed at quickly alerting Air Traffic Control when an aircraft is in distress.

The signal can often be sent to indicate a technical or engineering issue with the aircraft.

Writing for Flightradar24 earlier this year, Ken Hoke, a Boeing flight captain, explained “squawking” is a way of an aircraft declaring an emergency with traffic control, so they can receive on-the-ground assistance.

He said: “If a crew resets their transponder to the emergency code of 7700 (squawking 7700), all air traffic control facilities in the area are immediately alerted that the aircraft has an emergency situation.

“It’s up to the crew to let ATC know what the exact situation is. It may be an aircraft problem, medical issue, or something else.

“In some cases, a crew may not elect to change their transponder to 7700 (it’s not required).

“If I’m talking to Chicago Approach and have a problem, I’ll tell them the problem, declare an emergency over the radio and get vectors to land immediately.”