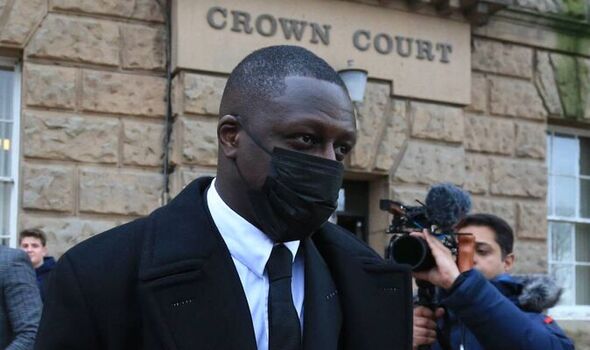 The alleged victim told Chester Crown Court the 28-year-old player groped her as he passed at a party at his Cheshire home in the early hours of January 2, 2021.

In an interview with police, played to the jury yesterday, the woman said: “He’s sort of just grabbed my vagina and I just immediately stopped and thought, ‘What has just happened?'”

She later added: “I think I was just taken aback by it because I was just shocked and then realising what had just happened.” She immediately went to a bathroom to smoke with her friend but found the door was locked. Mendy came to open it, she said.

The woman said: “I went into the bathroom and we were facing each other… and he’s sort of gestured to giving me oral sex.”

“I just sort of turned around and then my friend came in and I told her what happened I don’t understand where that came from because there was minimal conversation.”

The court heard that she and her friend considered leaving but stayed because they were “intoxicated”.

Later, when the woman went to the swimming pool, she said the Manchester City star “came right up close to my face and said, ‘You look better when you smile’.”

The woman told a police interviewer that the footballer asked why she was angry, to which she responded: “Because of what you did”. She claimed Mendy then began apologising.

He denies one count of sexual assault in relation to the incident. He also denies eight counts of rape and one count of attempted rape against six other young women.

Co-accused Louis Saha Matturie, 41, the defender’s friend and “fixer”, allegedly had the job of finding young women for sex.

Both men say that if any sex did take place it was consensual.

Prosecutors allege Mendy is a “predator” who “turned the pursuit of women for sex into a game”.