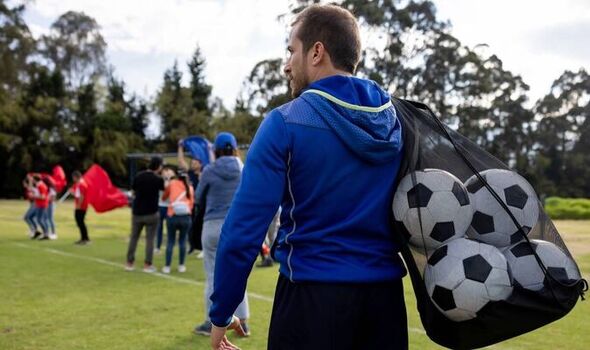 In England last year, men accounted for just 14.1 percent of nursery and primary school teachers and 35.3 percent of those in secondary schools. MPs hope that men who retire from football will put their coaching skills to use in schools and provide important role models.

Ben Wright of the PFA said: “Players develop a unique set of skills that would translate brilliantly to the classroom.

We believe that there is a network of players who would be valuable assets in professions such as teaching and we look forward to working with the Department for Education to look at this further.”

Teaching could provide a much-needed career option for people whose days of football excitement are behind them.

While Premier League players on superstar salaries may have no money worries when they hang up their boots, many of those who played in lower divisions face the urgent challenge of finding a job.

The PFA’s research shows that the average professional’s career will last around eight years, meaning those leaving the sport will have to find a way of earning a living for the decades ahead.

Mr Wright said: “The PFA already supports players who are exiting the game and who want to pursue a new career in teaching, providing financial support and guidance on qualifications and courses.”

He said it was “excellent news” that education minister Nick Gibb wants to discuss “how we can encourage more former professional players into teaching when they hang up their boots, and we look forward to meeting with him”.

Teaching is also seen as a potential career for talented young people who go through training academies but never get to play professionally.

It was reported earlier this year that 97 percent of those who come through Premier League academy systems never make an appearance in the top division, with 70 percent not being offered a professional contract at any level.

North Swindon Conservative MP Justin Tomlinson said: “The PFA provide fantastic support and training for footballers seeking to transition into new careers. With a very real demand for more male primary school teachers there is a clear opportunity for the PFA and Department of Education to work together.”

Footballers showed off their teaching prowess during the pandemic when a series of prominent players helped deliver lessons on the BBC.