Home » Europe » Forgiveness: In conversation with the mother of a Manchester Arena victim 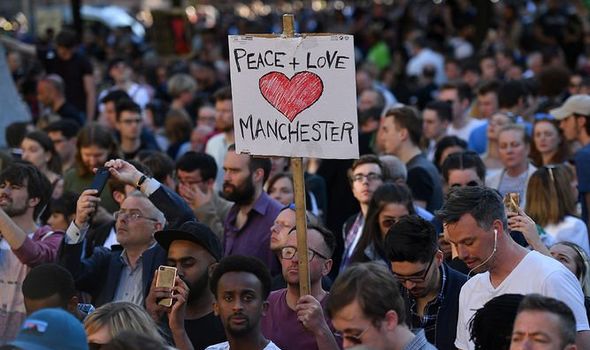 Murray is a contributor to A Manchester Story, a new feature-length documentary from debut filmmaker Anton Arenko. She says: “Hate breeds more hate and anger breeds more anger and I just don’t want to engage in that game.”

Resentment wasn’t an option for the Mancunian: “I’m not just saying this because I’m his mother, but Martyn was one of the most positive people I’ve ever met, so me sort of crumbling under the weight of everything would’ve upset him, and I just didn’t want to do that.”

Ms Murray lives with her husband and has four remaining children.

In A Manchester Story, Arenko sheds light on people’s reactions in the aftermath of the attack that killed 22 people at Ariana Grande’s concert on May 22, 2017. Rather than focusing on the catastrophic events, he focuses on the positive actions that followed.

The 90-minute film doesn’t include a single image of the atrocity. Instead, it features interviews with Adam Lawler and Eve Senior, both injured in the blast; Petra Jordan, who set up the Manchester Survivors Group; Cath Hill, who founded Choir, and Michael Cox, who launched the memorial motorcycle ride initiative.

Ms Murray praises Aranko’s work. She told The Mirror he is “a young man doing something really positive because he doesn’t want to focus on the sensational, negative, or shocking aspects of the attack.”

She says: “He wants to show the opposite to everybody else and Martyn would’ve loved the fact he was doing something so positive. It felt like it was something Martyn might do.”

Ms Murray’s resilience is astounding. She says it is crucial for her wellbeing – and to honour her son’s memory: “I just don’t want to engage in that game. I feel it’s really important to break that cycle and go the opposite way, which is why I forgive the terrorist and his brother and those who may have made mistakes.”

She has been studying for a counterterrorism master’s degree for the past two years and regularly gives talks about the impact of online radicalisation and society’s need for tolerance and forgiveness at schools, colleges and conferences.

She is also a campaigner for Martyn’s Law, new legislation set to provide better protection from terrorism for the public, particularly in crowded spaces such as music venues.

“It’s going well,” she says. “The public consultation has now come to an end and hopefully, in a few months, it will go to Parliament, although I don’t envisage anything happening in terms of the legislation coming to fruition until next year.”

Ms Murray explains that she used to be “an incredibly private person” before Martyn died. But that has changed. “He’d think it’s completely hilarious that his mother is constantly on Twitter, and no doubt find it amusing that I’m out there doing these things in his name, but hopefully, he’d quietly feel quite proud about it as well.

“I couldn’t save him from what happened, but I’m now trying to be the best, strongest mother to him I can be. I can’t bring him back, but I can hopefully try, in his name, to stop other mothers and families going through the same thing.”

‘Use British!’ Petition launched for supermarkets to only use UK eggs in pre-prepared food