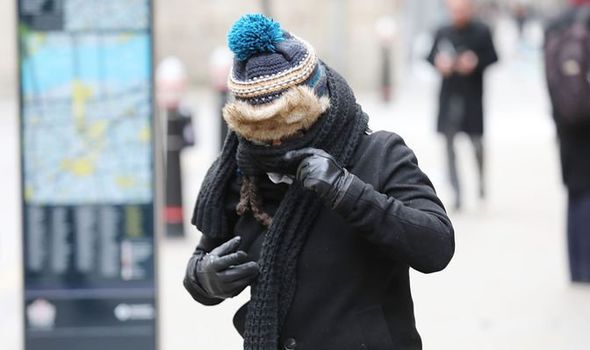 Maressa Innerarity, who also goes by the name Carmen London, was yesterday fined £1,000 and ordered to pay court costs of £200 after admitting being involved in the event of “around 200 people” at a warehouse. The party was held on November 8, 2020, three days before an alleged Downing Street flat party that took place the same day as Boris Johnson’s chief adviser, Dominic Cummings, and communications director, Lee Cain, left their roles.

Innerarity, 33, pleaded guilty to the offence on the first day of a trial at City of London Magistrates’ Court, as the Prime Minister’s job hangs in the balance.

The court heard that, while Innerarity did not organise the event, she did bring her own sound system – a DJ decks and two speakers – to the industrial venue in Bethnal Green, east London.

Prosecutors said this was enough to charge her with holding or being involved in holding a rave type gathering in England of more than 30 people indoors.

District Judge Tim Godfrey said those who attended the rave behaved in an “supremely selfish way”.

Sentencing the woman, he added: “It is hard to imagine an event more likely to spread Covid-19 than the sort of event being held on this occasion.

“Those who attended this event were acting in a supremely selfish way.

“It was a loud gathering to all intents and purposes, a rave was held there. It was sufficiently disturbing to neighbours that police were called.”

Nathan Paine-Davey, prosecuting, confirmed Met Police were called to a noise complaint by a resident at 1.30am. The neighbour said the music had been going on since 11pm.

The lawyer added: “This relates to November 7 and 8. The defendant has been charged with an offence against the public protection coronavirus restrictions regulations which were in force on November 5, 2020.

“On November 8, the police were called to Poyser Street as a result of a complaint of noise from a resident in the block of flats. They believed that there was some sort of event going on.

“When police arrived they met with local officers and they could hear loud music coming from the location and approximately 50 to 60 people in the street leading up to the location.

“A cordon was placed on the street. At that point police entered the building and stopped the unlicensed music event. “It is believed 180 to 200 people were in the premises. It’s described as a squat – it’s a warehouse type building with very low ceilings.”

The court saw police body-worn footage of attendees “pouring out” of the venue after officers shut down the event.

Mr Davey-Paine said: “She accepted at the scene the music equipment was indeed hers and she was then warned she may well be prosecuted under the regulations.

“Clearly it was unlikely that that number of people would gather in such a space simply to have a chat.

“I don’t say the defendant organised it but the presence of her musical equipment and obviously she has been employed as a disc jockey previously. There is no evidence she was in fact operating that equipment.”

Eric Kawoya, defending, said Innerarity had been asked by two friends named “Gabriel and Jamal” if they could borrow her sound equipment.

He told the court his client did not know the equipment would be used for a party.

Mr Kawoya said: “She packed them in the car and drove to the venue. She was not told what kind of function was taking place. When she arrived at the venue at the time the place was empty but as time went by, people started to arrive.

“She had cause for concern and she asked what was going on and they said to her not to worry. She then stayed around. She was not given any sort of money for this.

“She couldn’t leave because she was concerned for the safety of the speakers and damage to the speakers.”

The court heard Innerarity has not worked in two years and is on Universal Credit.

Innerarity has previously appeared on BBC Radio 1Xtra and describes herself in her Twitter bio, under the name of Carmen London, as an “International DJ, 1Xtra Presenter, Entrepreneur and Multi Award Winning”.

She announced she would be DJing for Radio 1Xtra over Christmas 2019 over the social media site.Innerarity, of Tooting, south London, was fined £1,000 and ordered to pay £100 prosecution costs and a £100 surcharge.

Boris ends Russian gas in UK – but how much gas do we get from Russia?