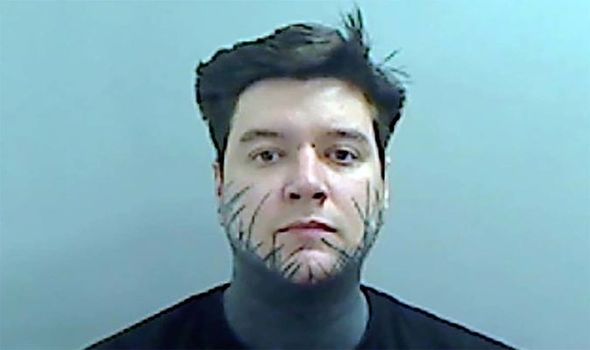 Tom Rodwell, 31, used Tinder to snare five young victims, including three students, under the pretence he wanted love. The brute chose each victim because he believed they were emotionally vulnerable and would hint at marriage before subjecting them to violent attacks, some while they slept.

One victim said: “I thought he would kill me. If he hadn’t been arrested he would have gone on to murder somebody.”

Rodwell, from Middlesbrough, faced similar charges in Scotland in 2018 only to be acquitted.

Jailing him at Teesside Crown Court yesterday Judge Paul Watson told him: “You are a callous and unfeeling sexual predator.”

The judge added that Rodwell posed a “real and significant risk” to any female.

He admitted rape, assault by penetration and attempted rape against his fifth victim.

Prosecutor Richard Bennett said: “He would psychologically manipulate them and make them feel worthless.”

His first victim, a Durham University student who met Rodwell in 2017, said he choked and slapped her.

He attacked his second victim, also a Durham student, before sending a message asking: “When can I rape you again?”

The third victim was a Teesside University student who he raped while she was asleep. Mr Bennett said: “He would hit her harder and harder, and sometimes four or five times a night.”

The victim told the court: “I used to think about how to kill myself to escape the abuse.”

The fourth victim was forced into a sexual act. His fifth victim suffered a similar ordeal, in 2019.

Streatham terrorist’s father: ‘I told him not to be naughty’