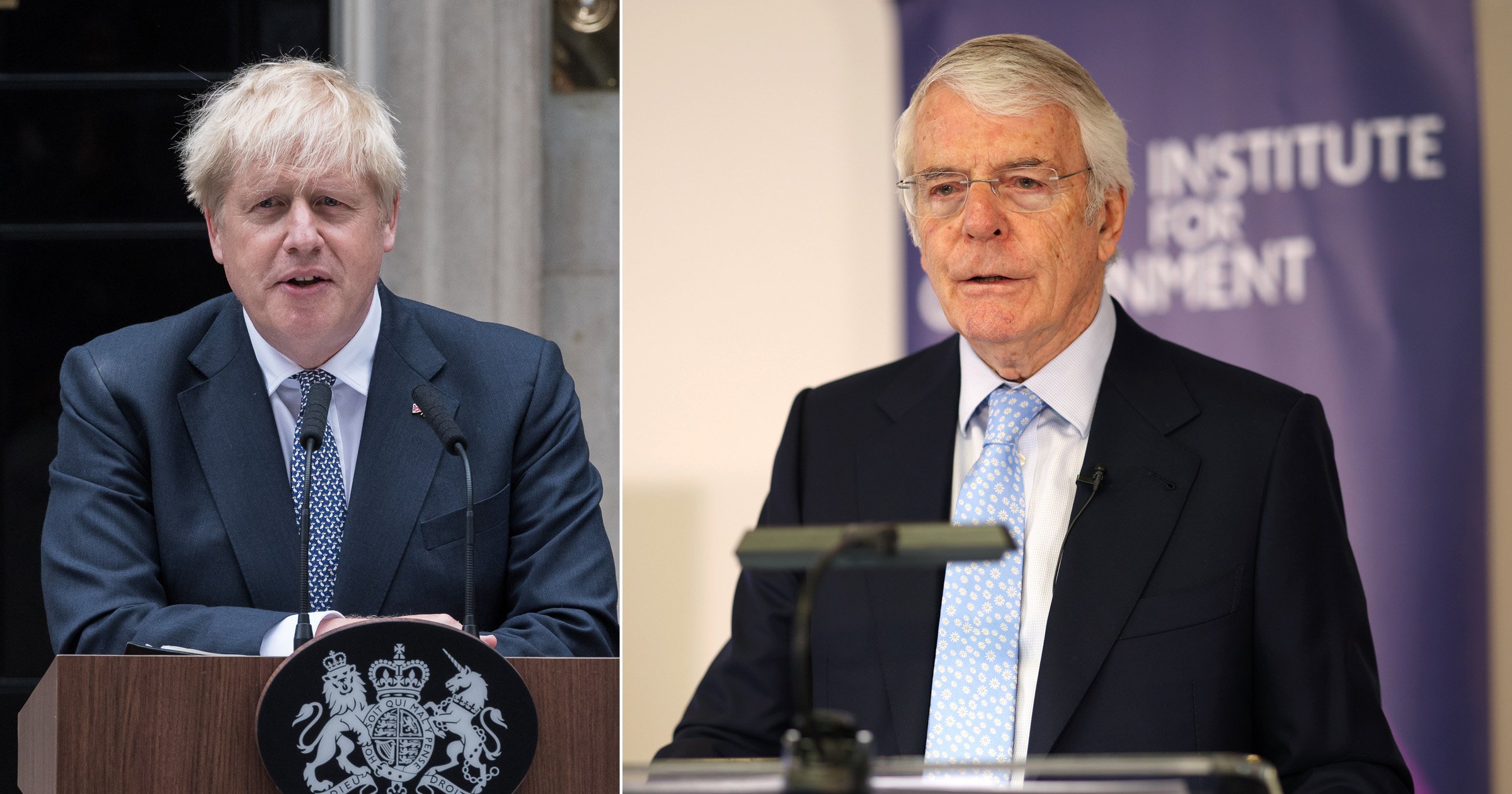 Sir John Major has warned it would be ‘unwise and may be unsustainable’ to allow Boris Johnson to remain in office while his successor is chosen.

The former prime minister said Mr Johnson would continue to have the power of patronage and the ability to make decisions affecting the lives of people across the country despite losing the support of his MPs and ministers.

Mr Johnson quit as Tory leader on Thursday, but said he intends to remain in Number 10 until his successor is elected – a suggestion which has been met with resistance within his own party and the Opposition.

Sir John warned the new interim Cabinet appointed by him in the wake of a wave of resignations this week may not be able to ‘restrain him’.

He wrote: ‘The proposal for the Prime Minister to remain in office – for up to three months – having lost the support of his Cabinet, his Government and his parliamentary party is unwise, and may be unsustainable.

‘In such a circumstance the Prime Minister maintains the power of patronage and, of even greater concern, the power to make decisions which will affect the lives of those within all four nations of the United Kingdom and further afield.

‘Some will argue that his new Cabinet will restrain him. I merely note that his previous Cabinet did not – or could not – do so.’

Sir John suggested Deputy Prime Minister Dominic Raab could be an acting prime minister until a new leader was elected.

Or he said Tory MPs could elect the new leader who would become prime minister, with party members then asked to endorse the decision.

Sir John said: ‘Neither of these options is ideal, but the interests of the country must be given priority over all else and, with so many long-term and critical issues before us, an imaginative response even at the risk of some bruised feelings within the party – is most definitely in the national interest.’

Mr Johnson has already appointed new Cabinet ministers to replace MPs who quit as part of the mass ministerial exodus in protest at his leadership.

He is due to hold a meeting with them this afternoon, despite announcing his own resignation.

Tory leadership hopefuls had already begun setting out their stalls before Mr Johnson made his announcement.

Attorney General Suella Braverman and arch-Brexiteer Steve Baker have both indicated they will run.

Business Secretary Kwasi Kwarteng also hinted that he will throw his hat in the ring.

‘We now need a new leader as soon as practicable. Someone who can rebuild trust, heal the country, and set out a new, sensible and consistent economic approach to help families,’ he said.

The key events that led to Boris Johnson’s resignation

The news that Boris Johnson is set to resign as prime minister follows a tumultuous few days in British politics.

After surviving a vote of no confidence in June, the government’s handling of the Chris Pincher scandal marked the end of Mr Johnson’s time in office.

Here’s a run down of the key events which have led us here.

Downing Street confirmed Mr Johnson was aware of concerns about the conduct of Mr Pincher when he made him deputy chief whip. His spokesperson later conceded he had known of ‘speculation’ surrounding the MP, but ‘no formal complaint at that time’.

Foreign Secretary Liz Truss, who cut short an official trip to Indonesia to return to Westminster, said: ‘We need calmness and unity now and to keep governing while a new leader is found.’

The caretaker administration appointed by Mr Johnson ahead of his resignation announcement included Greg Clark as the new Levelling Up Secretary, replacing Michael Gove who was sacked on Wednesday, while James Cleverly has been made Education Secretary – the third person to hold that role in as many days.

Who has been appointed to Boris Johnson’s new cabinet?

Kit Malthouse – Chancellor of the Duchy of Lancaster

Robert Buckland returns to the Cabinet as Secretary of State for Wales, following the resignation of Simon Hart.

Kit Malthouse is the new Chancellor of the Duchy of Lancaster, the most senior minister in the Cabinet Office after the Prime Minister.

Shailesh Vara is the new Secretary of State for Northern Ireland, replacing Brandon Lewis who quit early on Thursday morning, while Andrew Stephenson has been appointed Minister without Portfolio, and will attend Cabinet.

How many trade deals does the UK have?