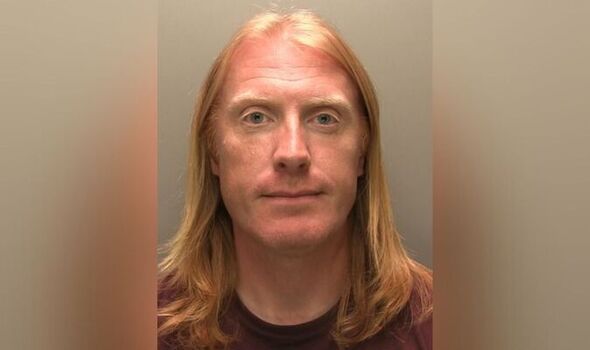 A former police officer who tried to meet a child for sex at a KFC has been jailed.

Alex Foster, 43, engaged in “highly sexual online conversations and exchanges of images” with someone he believed was a 15-year-old girl. However, it was actually an undercover officer and Foster was lured into a trap.

A court heard Foster, who had been in a police safety training instructor role since 2013, went to a KFC in the hope to meet the 15-year-old girl but was arrested in the car park.

He was sentenced to two years in jail last week for attempting to engage in sexual communication with a child, contrary to section 1(1) of the Criminal Attempts Act 1981.

Jailing Foster at Lincoln Crown Court, Recorder James House KC said: “You knew perfectly well that communicating with a 15-year-old girl was not only wrong but unlawful.”

The defendant, a former Inspector with Northamptonshire Police, had his mobile phone seize after his arrest by the KFC on August 10.

Foster, from East Haddon, Northamptonshire, was handed a 10-year sexual harm prevention order in court and placed on the Sex Offenders’ register, in addition to resigning from the Force last month – the day before a gross misconduct hearing arranged by his constabulary.

Speaking after the sentence, Detective Inspector Kim Jackson, from the force’s counter-corruption team said: “We are pleased with today’s outcome which reflects the gravity of these appalling offences and follows an investigation by the team which, ultimately, uncovered someone who was seeking to have sexual relations with a child.

“The sentence today reflects the seriousness of these offences and demonstrates how this force will stop at nothing to root out police officers and staff whose conduct falls below the line or, as in this case, is wholly criminal.”

Steve Noonan, Director of Major Investigations at watchdog Independent Office for Police Conduct, said: “Mr Foster’s actions were abhorrent in sexually communicating online with a person he believed to be a child and then arranging and travelling to meet them for sexual purposes.

“He has rightly received a prison sentence for his appalling behaviour. We directed the investigation by Northamptonshire Police’s counter-corruption unit and I am grateful to their officers for their professionalism in helping to bring this offender to justice.”

Foster will also be added to the College of Policing barred list. This prevents future employment with the police service.

Kate Middleton and the Queen: How Kate quelled Queen’s fears with this special passion