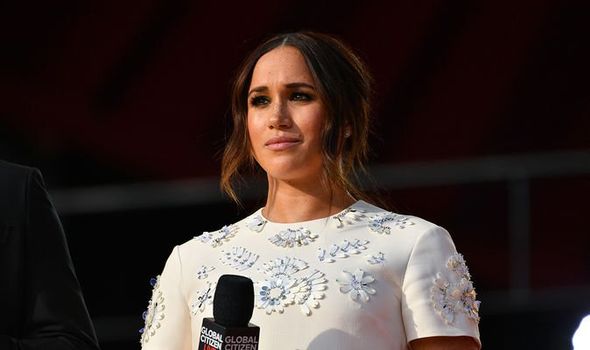 A fourth – Jason Knauf – “regretted” not speaking out earlier, it was said.

A newspaper asked that the so-called Palace Four be witnesses in a full trial if the High Court rules its way.

It is challenging a summary judgment that it was a breach of privacy and copyright to publish Meghan’s personal letter to her estranged father in August 2018.

The ex-aides include Samantha Cohen, Christian Jones and Sara Latham. Mr Knauf, Meghan and Harry’s former communications secretary, is said to have regretted not giving evidence earlier. His witness statement to the court on Wednesday revealed Meghan crafted the letter to pull at heartstrings if it was ever published.

The letter later appeared in the Mail on Sunday.

But he added: “You don’t say I can help and then turn the lights off.” Meghan, 40, has always insisted she did not want the letter published.

The court will rule on the appeal at a later date.

Meanwhile, Harry joked he was living the “American dream” when he and his wife joined a banquet honouring military veterans in New York.

Tragedy as scared dog killed by train after running from fireworks