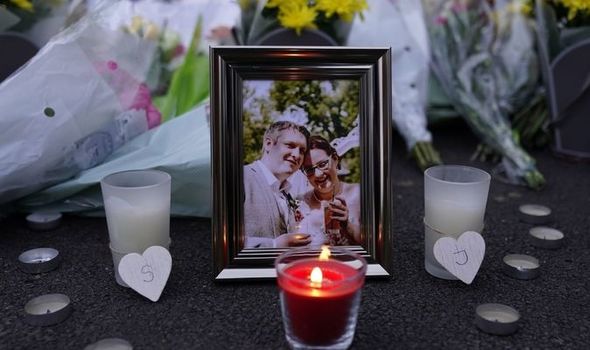 Ex-Commando Collin Reeves is accused of killing Stephen and Jennifer Chapple, who were found stabbed to death in their Somerset village terraced house late on Sunday.

Afghanistan vet Reeves, 34, of Dragon Rise, Norton Fitzwarren, was due to appear before Taunton magistrates today after being held in police custody overnight.

Det Insp Neil Meade, of Avon and Somerset Police, said last night: “Specialist officers are providing support to Jennifer and Stephen’s families and our thoughts remain with them this evening.

“We’ve been keeping them fully updated on the progress of our investigation. It is undoubtedly an extremely difficult time for them.”

The Chapples’ sons, believed to be aged five and six, were reported to have been asleep upstairs on Sunday night when the couple were killed.

They were said to have been left “distressed” but unhurt. Neighbours claimed yesterday that police had been called several times over parking disputes.

One said: “Everyone has an issue with parking around here.

“Some people have multiple cars there isn’t space for and it has caused a lot of upset.”

Police did not comment on the reasons for the callouts. It was reported that a man had been filmed by a doorbell camera rowing with Mrs Chapple this month. She was entering her home when he shouted abuse.

Mr Chapple had worked at West Somerset College in Minehead. Gregg Mockridge, the school headmaster, said yesterday: “Steve was a fantastic colleague, a brilliant teacher who cared deeply about the students.”

A message on one of several floral tributes left near the Chapples’ home on Dragon Rise read: “Jennifer, you lit up the street with your smile.”

Brexit: What will happen in the British parliament today?