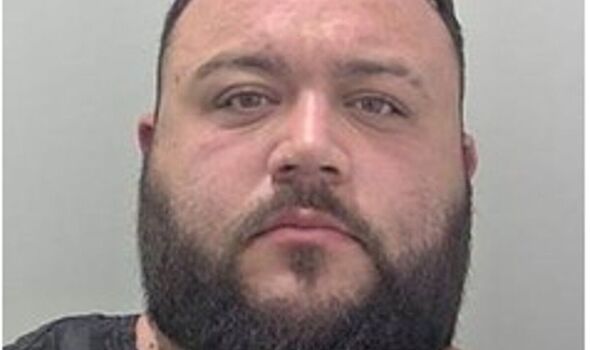 Jack Davis, 33, of Hill Acre in Stoke Lacy, near Bromyard, and Ben Scotford, 36, have been jailed over conspiracy to supply class A drugs. Davis, who once appeared on ITV’s This Morning to open up about living with a micro-penis, was sentenced to five years. Scotford was handed a 30-month sentence. The pair plead guilty to all charges, West Mercia Police confirmed.

Davis appeared on the popular daytime show in 2016 to speak on his insecurities about living with a micropenis, a term used to describe a manhood that is two inches when erect and well below the national average of 5.2 inches.

Alongside two other men, Davis spoke to presenters Ruth Langsford and Eammon Holmes about how having a smaller than average manhood had affected their lives.

Presenter Ruth measured 5.2 inches first before then measuring 3 inches and then 4.2 inches the length of the largest penis belonging to one of the men on the couch.

He spoke about when he realised he was smaller than other men at the age of 18 when he used communal changing rooms after playing sport.

He said: “In the changing rooms at football all the lads started laughing and taking the mic, nothing too horrible but banter between lads. I started thinking am I smaller than everyone else?”

Davis continued: “I have never had a problem and no girls have said anything. I never had complaints in the bedroom. I am used to it now and get on with it.”

Following Davis’s sentence Detective Constable Fiona Morgan said: “I welcome the sentence from the court who recognise that Davis and Scotford are a blight on our community. Drug dealers take advantage of vulnerable people and ruin lives, and we are determined to protect our communities. These sentences show we will prosecute anyone involved in drugs supply and at any level.

“We urge anyone with any concerns about drug crime to please get in touch as working alongside our communities is vital to tackling drug crime.”