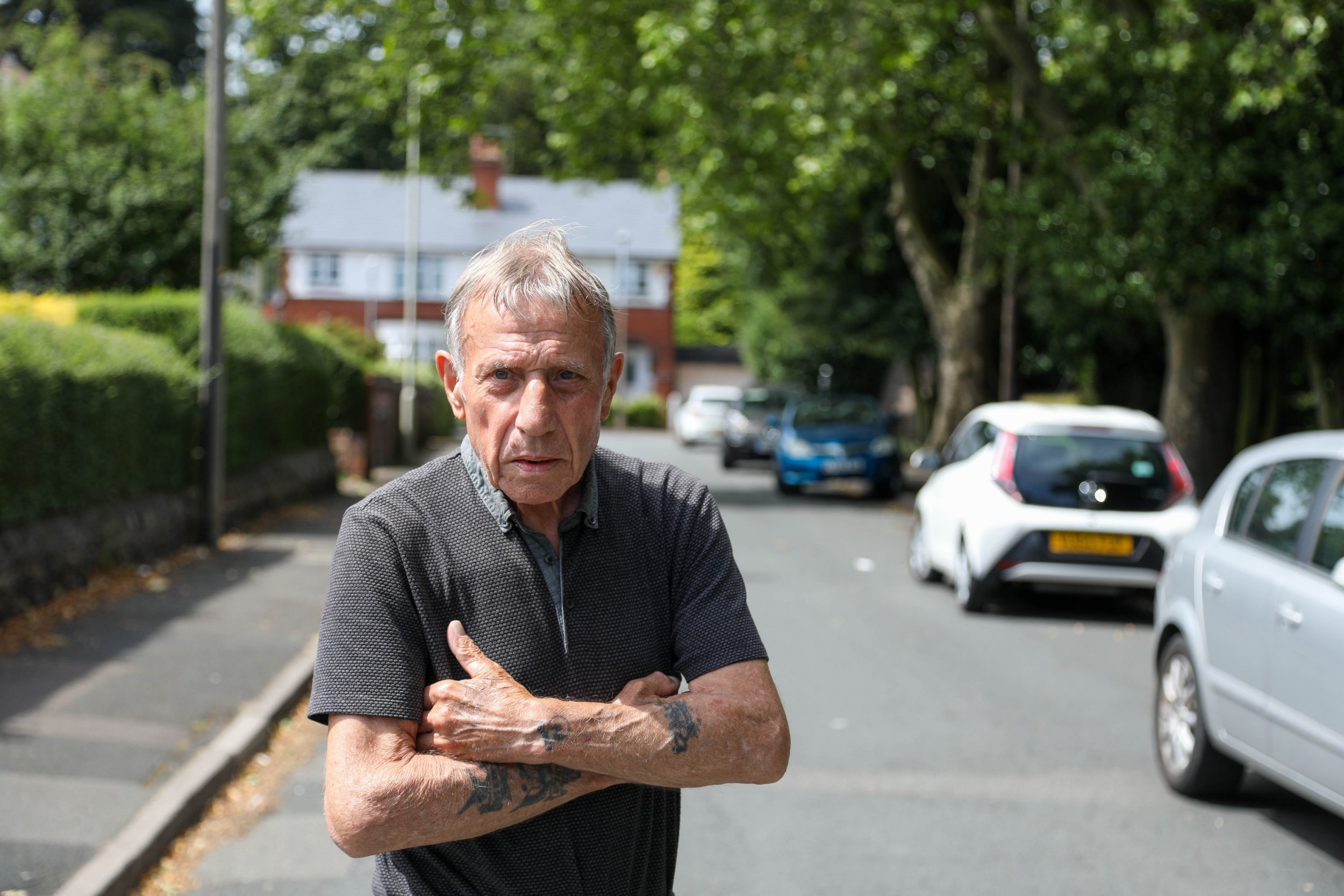 Fuming residents claim their quiet cul-de-sac is being ‘taken over’ by parents fighting for parking spaces near a primary school.

They say they are ‘sick and tired’ with asking mums and dads twice a day to move from Greaves Road in Netherton, Dudley.

And they further claim some parents even start being ‘rude and swearing’ when they are confronted, NottinghamshireLive reports.

Sue Willetts, 63, who has lived on the West Midlands road for 30 years, said: ‘I have had a lot of people swear at me which is just not on.

‘When it’s three times a day that you can’t get in or out of your own driveway, it’s a problem. School staff park here as well as the parents.’

Her partner George Mortimer, 66, added: ‘The other day I asked a woman to move after she got out of her car.

‘She said I was picking on her because she was pregnant but I couldn’t see her.’

The parents are dropping off and picking up their children who attend Northfield Road Primary School, which is nearby and teaches 411 children.

One elderly resident even claimed an ambulance couldn’t park outside his home last week because there were so many cars parked along the road.

Keith Whitehouse, 78, has lived on the road for 32 years. He said: ‘I couldn’t get the ambulance outside my house the other week and that has happened two or three times before.’

He added even weekends are no respite, with the road being used as an unofficial car park for football matches in nearby Netherton Park.

‘The Sunday morning footballers come down and they just park anywhere they want and you get abuse if you ask them not to park in the cul-de-sac,’ Keith added.

‘They just say “so-and-so off” and all the rest of it and you just don’t want it. If you approach them there’s an argument.

‘I said, “I live here, and how about I come down by your house and park it by your drive, and you couldn’t get off?”‘

Residents hope Dudley Council will approve a nearby car park with 25 spaces at a planning committee meeting in December.

Brexit embarrassment: Boris Johnson had to count down to EU exit himself after TV failed